When it comes to the royal family, we can’t get enough. After all, the royals were basically the world’s first celebrities! From the oldest to the youngest, the royal family has kept us intrigued by their uniquely abnormal lifestyle throughout history.

Today, the reigning royals may be more modern than any of their ancestors, but we still want to know all there is to know about them. One of those fun trivia facts we love is who in the famous family — like Prince William — is right-handed and who is left-handed. Curious? We thought so.

What members of the royal family are right-handed?

📸 To mark the start of a new decade, a portrait has been released of Her Majesty The Queen and Their Royal Highnesses The Prince of Wales, The Duke of Cambridge and Prince George.‬ The portrait was taken by Ranald Mackechnie in the Throne Room at Buckingham Palace. Photograph © Ranald Mackechnie

Right-handedness is, of course, more common than left-handedness and that checks out with the members of the royal family, too. Starting at the top with Queen Elizabeth, the majority of the current family members are right-handed. Her husband, Prince Philip, and their eldest son, Prince Charles, are also right-handed, as was the late Princess Diana.

Prince Harry and Meghan, Duchess of Sussex are both right-handed. Their sister-in-law, Catherine, Duchess of Cambridge, is right-handed, as well. Only a handful of royals throughout history have actually been known to be left-handed. And who’s missing on the right-handed list? Kate’s husband, Prince William. 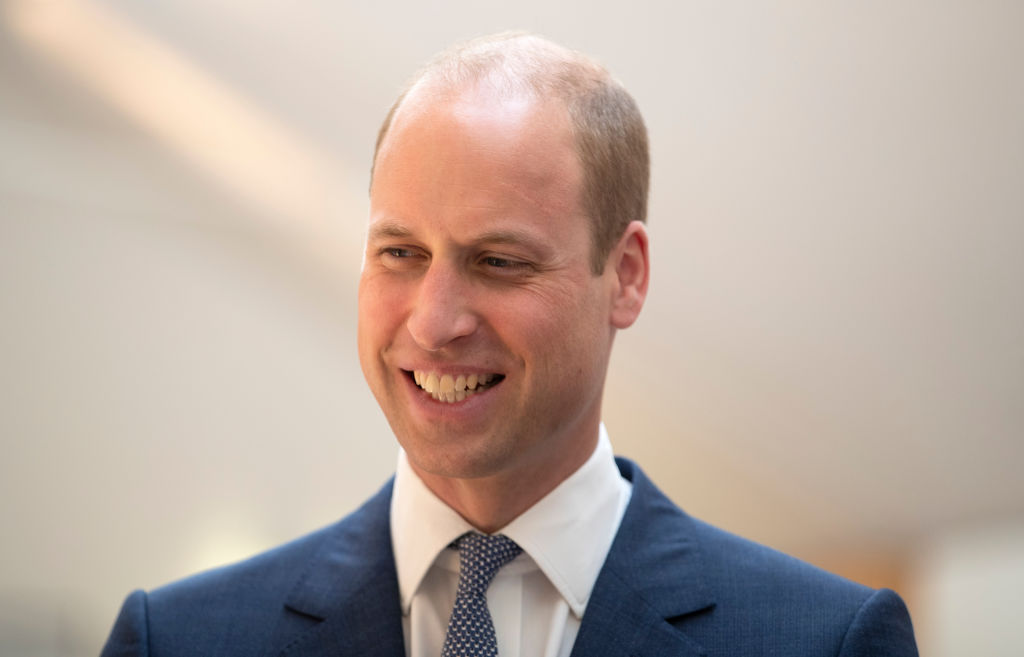 The future king and Prince Harry’s older brother is, indeed, left-handed. Prince William has been seen countless times writing with his dominant left hand, confirming that he’s among the minority in his family. He has even joked around in the past about it, stating that “left-handers have better brains” than right-handers.

While it’s true that there are slight differences found between right and left-handed people, it’s not quite the case that one has a “better brain” than the other. Only 10 percent of the world’s population are left-handed.

And while there is certainly a genetic component to left-handedness (it has been shown to occur more commonly among families), scientists aren’t exactly sure what decides which hand a person will grow up to favor. There have been cases where identical twins have been both right-handed and left-handed, even though they share the exact same DNA, making experts suspect that there is more going on than just genetics.

Who else in the royal family is left-handed?

👑 Today marks the anniversary of Queen Victoria’s birth, 201 years ago. . Did you know? . She was born at Kensington Palace on the 24th May 1819. . Though her christened name was Alexandrina, she was known as Princess Victoria. . Until 2015 Queen Victoria was the longest reigning monarch, reigning for 63 years, 7 months and 2 days. Our current Queen, Elizabeth II, surpassed the record on the 9th September 2015. . At the age of 21, Victoria married Prince Albert of Saxe-Coburg Gotha. Together they had nine children, 40 grand-children and 37 great-grandchildren! . The Victorian era was a time of rapid change and development, with many new inventions, including the telephone, photography and train travel. The end of The Victorian era came with The Queen’s death at the age of 81, on January 22nd 1901. . Victoria was succeeded by her eldest son, Albert Edward, who became King Edward VII. . If you’d like to find out more about the life and times of this extraordinary monarch, you can see items from the Royal Archives brought to life on the Queen Victoria’s Scrapbook website, and all of Victoria’s journals are available online. Just follow our link in bio.

Perhaps the most famous royal Southpaw — a common nickname for left-handed people — was Queen Victoria. She was commonly seen signing her name and doing most of her writing with her right hand, but was often seen painting with her left hand. Historians believe that discrepancy indicates that she was truly left-handed but had been trained to instead favor her right hand; this was a common practice in those days, as being left-handed was seen to be incorrect because it was significantly less common.

King George VI, Queen Elizabeth’s father, is suspected to have met the same circumstances as his famous great-grandmother. He also wrote with his right hand but was often seen favoring his left, leading many to believe that he, too, was naturally left-handed and had been trained into being right-handed. The practice of changing a child’s dominant hand was generally discontinued shortly after King George’s generation.

Most recently, Prince William’s eldest son, Prince George, is said to have inherited the trait from his father. The seven-year-old prince has been seen whacking polo mallets with his left hand, as well as commonly waving to people with his left hand.

And since Prince George will one day be crowned king himself, the royal family may see more left-handers in future generations. It’s unknown which hand Prince George’s younger siblings — Princess Charlotte and Prince Louis — favor yet.