Influencer confronts man who took photos of her on a plane

A fitness influencer has shared a video confronting a man on a plane after claiming he ‘took photos’ of her while she was sleeping – with fellow passengers applauding as the man is led off by police.

Anna Clara Rios took to social media to share the incident late last week, sharing a clip on Instagram Stories with her 641,000 followers.

The alleged incident took place as the influencer was flying home to Belo Horizonte, Brazil, from a work assignment in São Paulo on the evening of 14 December. 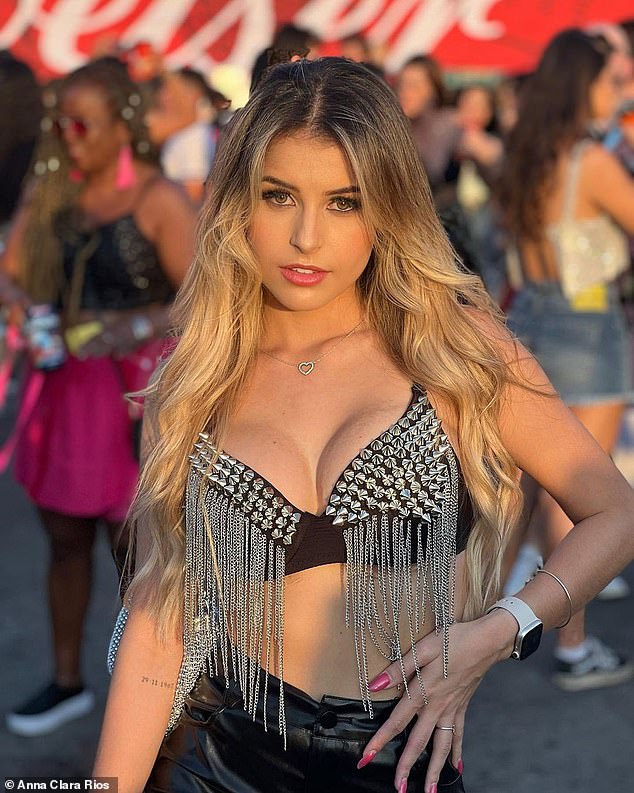 Anna Clara Rios took to Instagram to share incident with 641,000 followers, after a man took secret photos of her during a flight to Belo Horizonte

In a clip, which appears to have been shot on the plane, Anna Clara films herself, saying: ‘I am shaking with rage.

‘This gentleman here was taking photos of me while I was asleep, they had to let me know to move me.’

Anna Clara claims she was alerted to the man’s actions by a flight attendant. 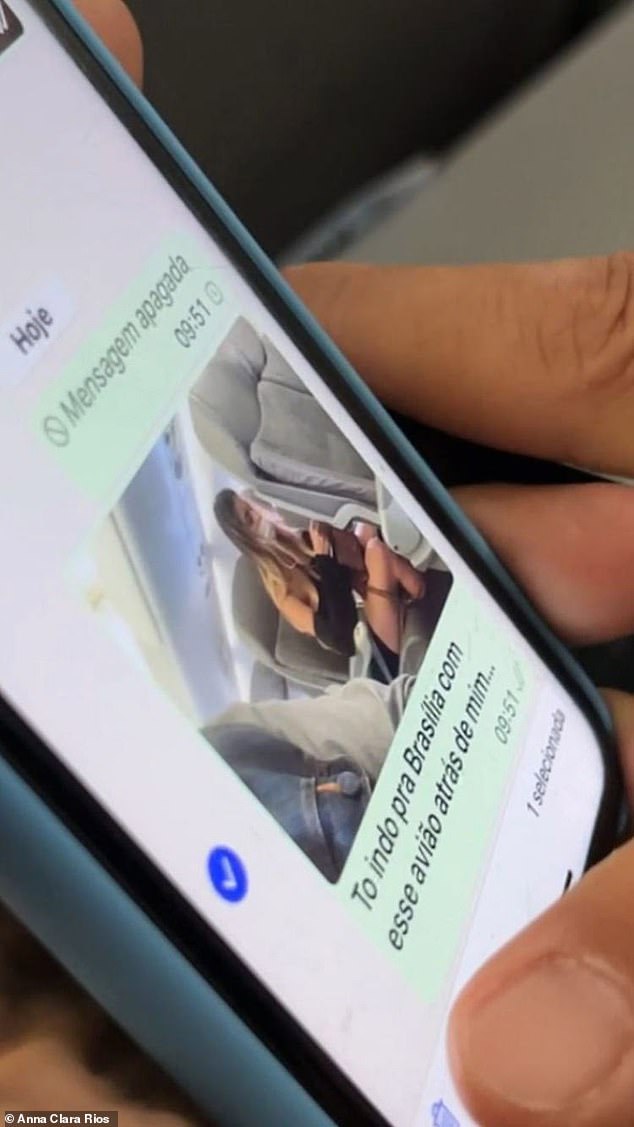 The picture Anna Clara Rios gave to the police of a picture of her on the man’s phone, which he’d apparently sent to someone on WhatsApp 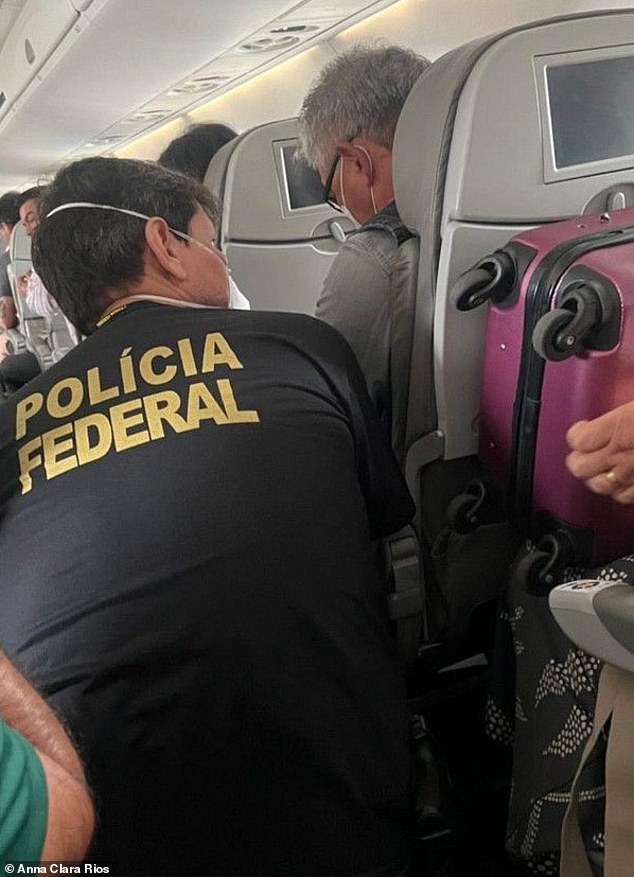 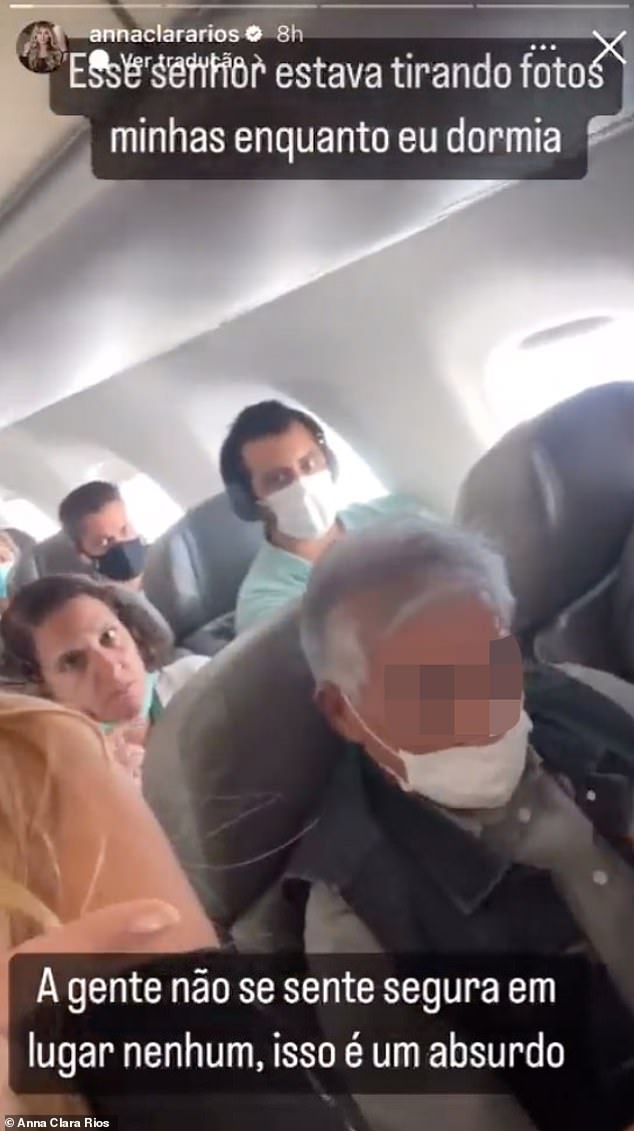 She added: ‘My first reaction [to the flight attendant] was, “I work on social media, he must have recognised me”.

‘But she said to me, “I don’t think that’s it, while you were sleeping, he was zooming in and trying to see what was under your dress”.’

Anna decided to confront the man and demanded that he remove the images from his phone, which she also claims he sent to a friend on WhatsApp.

The influencer said: ‘I felt very vulnerable and insecure so I told the flight attendant that I was going to confront him because I wanted him to delete the photos from his mobile phone. 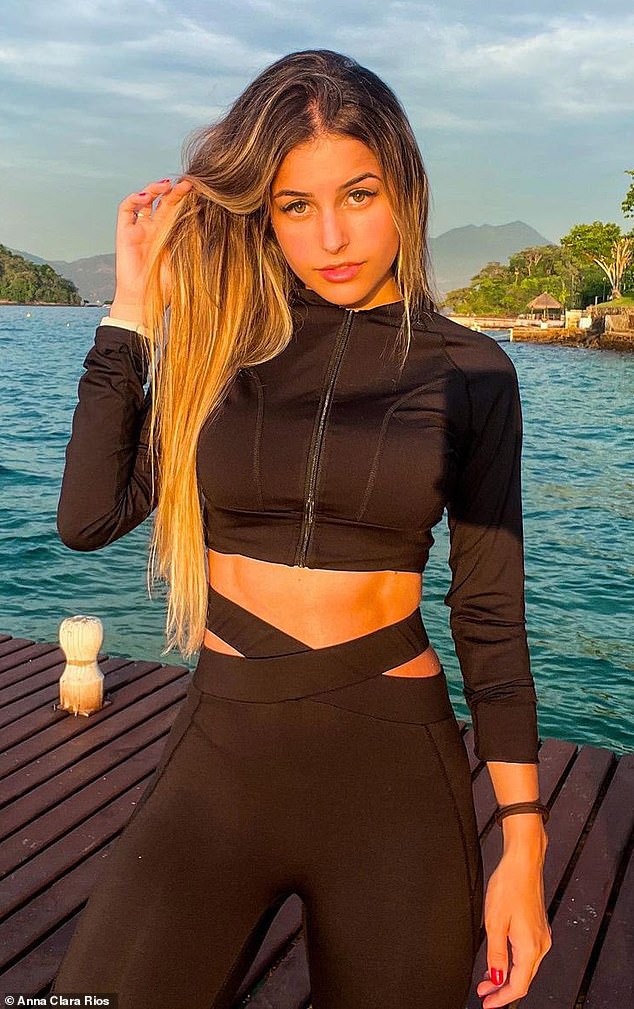 Anna Clara Rios, who is a fitness influencer, initially thought the man was taking photos of her because he recognised her from social media 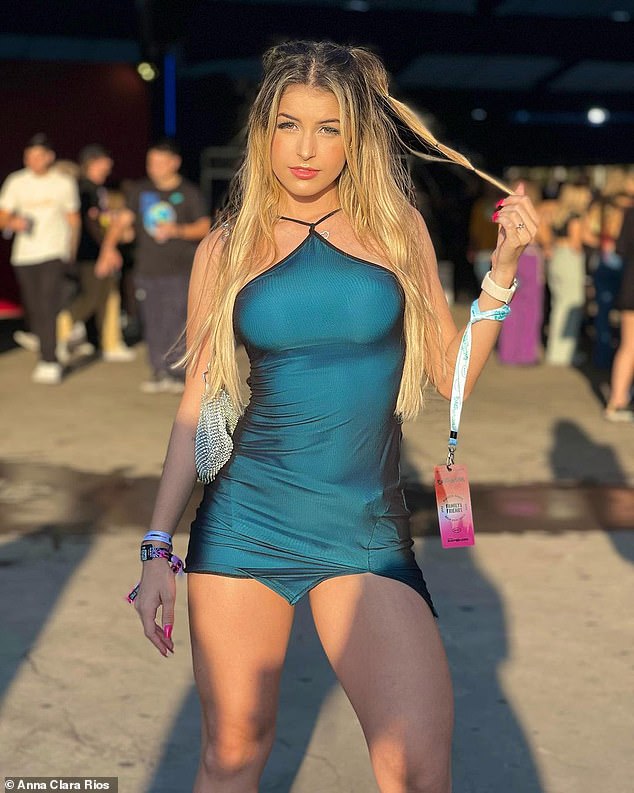 The influencer decided to confront the man for invading her privacy, and said that the whole incident made her feel ‘vulnerable’ 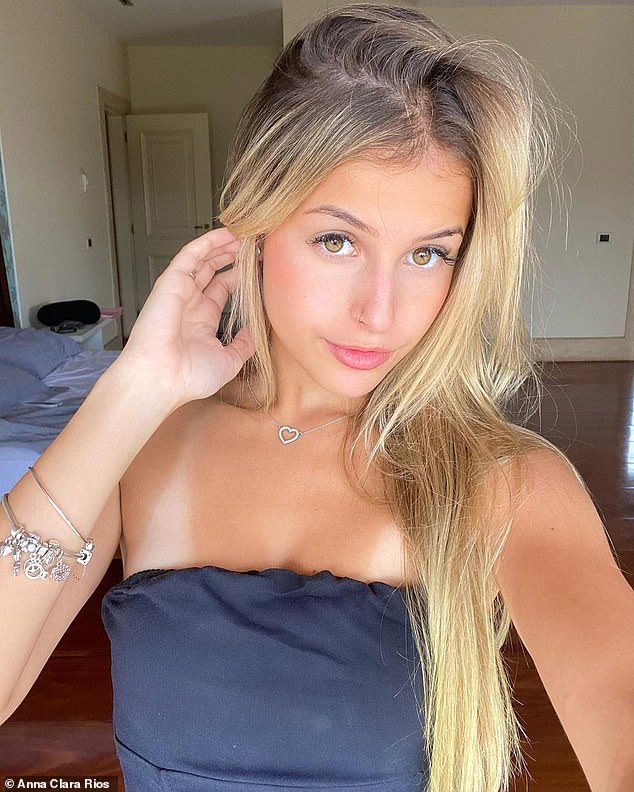 ‘I went to him feeling that my privacy had been invaded, I said this was not right, that I could be his mother, sister or daughter.’

She took a screenshot of the message, which she later shared with police.

After the incident, the influencer said on Instagram that Federal Police officers were waiting to escort the man off the plane at Belo Horizonte International Airport. In the clip, an officer can be seen speaking to a man, before he later appears to be led off the plane as passengers applaud.

Anna, whose boyfriend is popular Brazilian YouTuber Enaldinho, gave a statement to police.

She says the man was taken to a nearby police station to give a statement as well but was not placed under arrest.