Restaurant admits they faked name change to promote their burgers.

One wonders how they passed up a perfect opportunity to change their name to “IHObb.”

The International House of Pancakes, known to its close friends as IHOP (and for a brief time, “IHOb” when it tried to hype its burger menu), has announced the debut of its Burritos & Bowls menu, featuring six different flavor combinations that can be served up inside – you guessed it  – either a burrito or a bowl.

“Burritos are the #1 fastest growing breakfast menu items in America so, as the breakfast leader, IHOP needed to create some great ones,” said Brad Haley, Chief Marketing Officer at IHOP, in a press release.

Haley further said that “guests are looking for more menu items that are portable for take-out and delivery” during the pandemic. 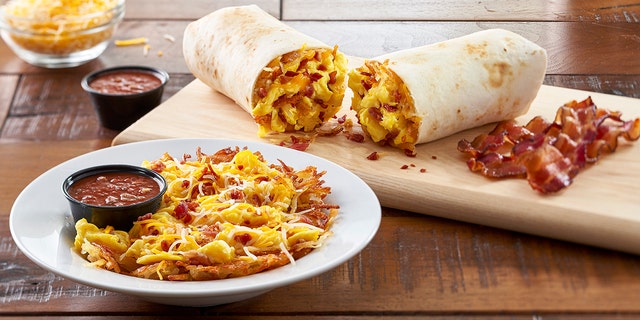 The six new ‘builds’ will be available in both burrito- and bowl-form.
(IHOP)