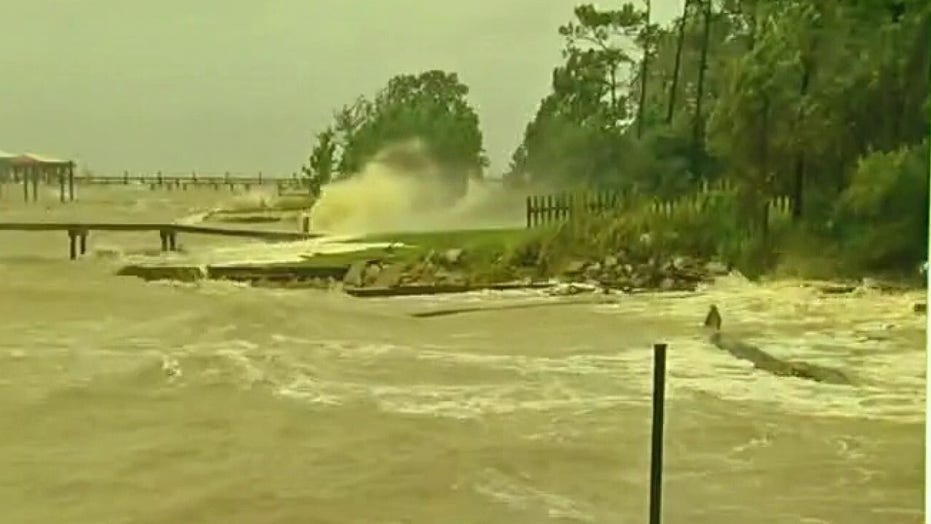 As a slow-moving Hurricane Sally inches closer to the northern Gulf Coast on Tuesday, those who fly into the storm for important reconnaissance missions have revealed a glimpse of the storm's center.

The National Oceanic and Atmospheric Administration (NOAA) said two P-3 Hurricane Hunter aircraft flew into Sally on Monday to investigate the center of the hurricane.

Each plane performed four passes through the center of the storm, observing the atmospheric conditions in all quadrants of Sally from an altitude of 10,000 feet.

During each mission, scientists on board monitored appropriate measurements as part of examining the storm's environment, including looking at doppler radar in the plane's tail to measure wind speeds 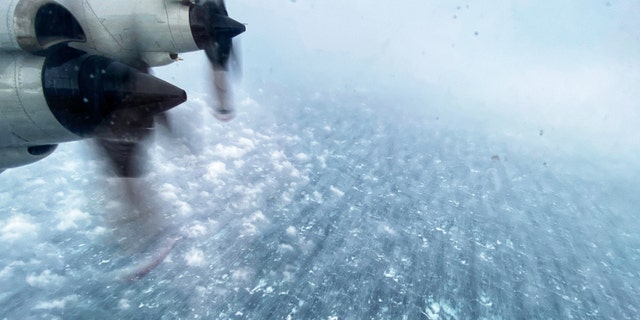 Choppy seas in the Gulf of Mexico can be seen from inside Hurricane Sally on Monday, Sept. 14, 2020.
(NOAA/James Carpenter)

One of the aircraft was flying through as Sally strengthened to a hurricane. Photos released by NOAA show the eye of the storm during intensification. 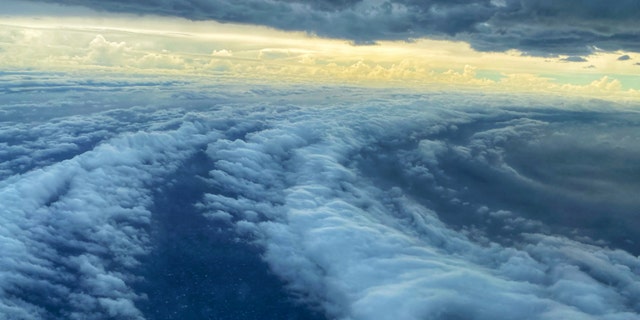 The eye of Hurricane Sally can be seen as the storm intensified on Monday, Sept. 14, 2020.
(NOAA/James Carpenter)

Another clip from the NOAA Aircraft Operations Center flight shows choppy sea conditions in the Gulf of Mexico.

Hurricane Sally has maximum sustained winds of near 85 mph by Tuesday, according to the National Hurricane Center (NHC). As of 11 a.m. EDT, the storm is located about 110 miles south of Mobile, Ala., moving northwest at 2 mph.

Forecasters have warned of storm surge and heavy rains that may cause "historic" flooding in the region.

NOAA scientist Heather Holbach said in a blog post that surface wave height measurements have indicated wave heights upwards of 18 feet on the north side of the hurricane.

2020 ATLANTIC HURRICANE SEASON IS RUNNING OUT OF NAMES, SO WHAT HAPPENS NEXT?

“The system continues to become better organized, but there are still some indications that easterly wind shear was impacting the hurricane,” Holbach said.

Some additional strengthening is possible, but forecasters have said it doesn’t matter what category Sally is because the slow movement of this storm will be the biggest danger with a prolonged water event.

A life-threatening storm surge of 7-9 feet just east of the center of the storm can be expected as well as inland flooding, and hurricane-force winds for many hours will be a major danger in the next 24-36 hours for this area. 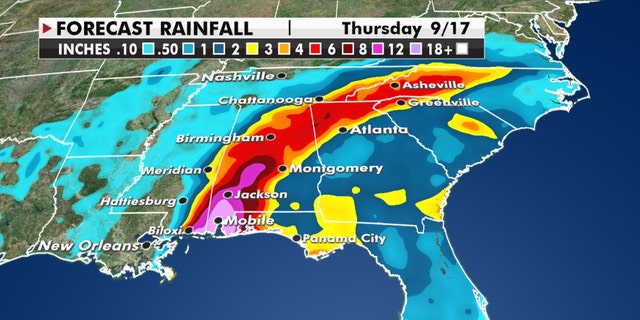 Severe, widespread flash flooding can also be expected, with a widespread area of 10-20 inches of rain from the Central Gulf Coast to the Florida Panhandle. 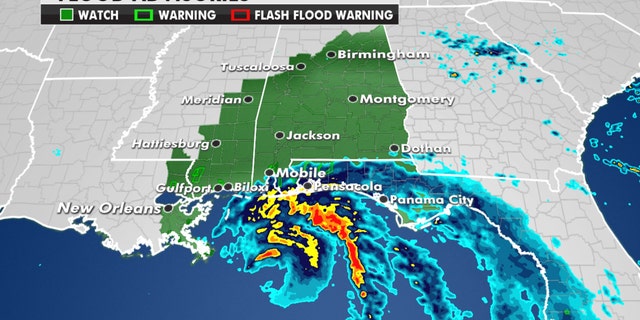 Flood watches are up throughout the region in advance of the storm.
(Fox News)

Some isolated spots could even receive upwards of 30 inches of rain.

Residents along the northern Gulf Coast need to pay very close attention to the forecast and know what to do if and when flooding occurs.

Related posts:
'Surprise'! Taylor Hanson Is Expecting Baby No. 7 With Wife Natalie
Carole Baskin Called Her Ex-Husband’s Family’s DWTS Ad A "Publicity Stunt"
Popular News
Princess Eugenie & Jack Brooksbank Are Expecting Their First Child
25/09/2020
Man Utd wonderkid Ramon Calliste, called ‘the next Giggs’, now owns luxury watch business and makes £5m a year – The Sun
26/03/2020
Megan Thee Stallion Addresses Criticism Over Twerking: ‘I Love to Shake My A**’
26/03/2020
Police guard shops to stop coronavirus panic-buyers and enforce social distancing – The Sun
26/03/2020
Coronavirus: Good Morning Britain’s Dr Hilary reveals ‘game-changing’ self-testing kit
26/03/2020
Recent Posts
This website uses cookies to improve your user experience and to provide you with advertisements that are relevant to your interests. By continuing to browse the site you are agreeing to our use of cookies.Ok