BUDAPEST (Reuters) – Hungary’s MAV Symphony Orchestra is taking its music to the streets of Budapest to lift the spirits of residents quarantined in their homes amid the coronavirus pandemic, and it appears to be working. 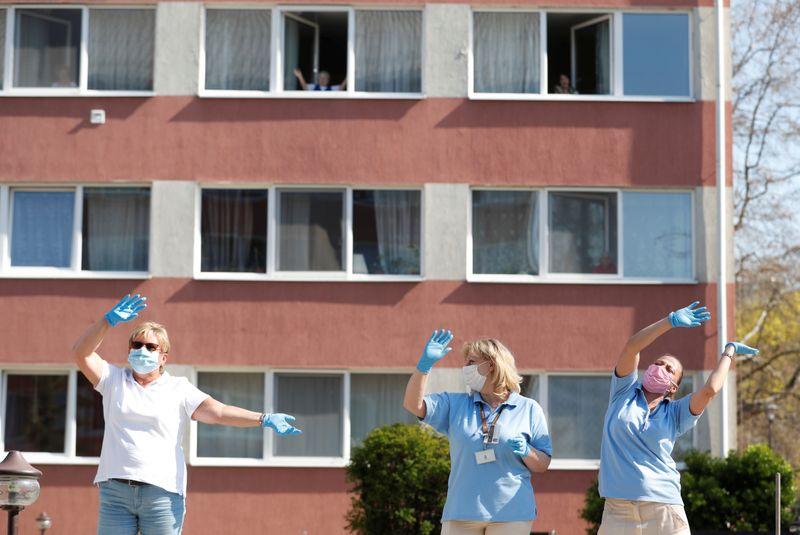 The orchestra founded by Hungarian railway company MAV is 75 years old this year and remains one of the country’s leading classical ensembles.

After World War Two ended, it would travel around the country by train and perform as areas destroyed by the conflict were rebuilt.

Unable to hold concerts now because of the nationwide lockdown, musicians from the orchestra drive around in cars and blast out past performances of famous works, including Johann Strauss’ waltzes, over loudspeakers.

“The situation is not as bad (as after World War Two) but people are in lockdown and we don’t know for how long … so we need to cheer them up,” said Gyorgy Lendvai, leader of the orchestra.

“This is great, we love it … the music is excellent,” said Gyorgy Antaloczy, waiving from the balcony of their family house. He is over 70 and stays at home with his wife where they play bridge with friends for hours online to pass away the time.

As the orchestra’s car approached the Olajag old people’s home, residents appeared at the windows, waving, clapping and dancing to the music.

One elderly woman pretended to conduct the orchestra before burying her hands in her face and bursting into tears.

“I think it means a lot, the elderly as well as the staff were moved to tears,” said Agnes Szeremi, director of the care home.