Home » Lifestyle » How to pour the perfect cuppa without drips

How to pour the perfect cuppa without drips 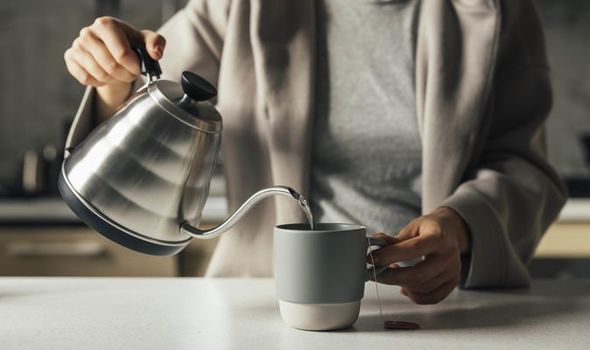 But pouring the perfect cuppa without drips has now been explained by scientists who say it is all about getting the force and angle right. The so-called “teapot effect” – first described by Markus Reiner in 1956 – has proven scientifically challenging for decades. The effect refers to the complex fluid dynamics which make pouring liquids from teapots without spillage a delicate process.

If done too slowly, the flow can dribble down the outside of the teapot rather than landing in the mug.

Now, scientists at TU Wien University in Vienna, Austria, have crunched the numbers and come up with a detailed explanation for this deceivingly complicated phenomenon.

Experiments where water was poured from a tilted teapot at different flow rates and filmed with high -speed cameras were carried out by the researchers.

Study author Dr Bernhard Scheichl said: “The sharp edge on the underside of the teapot beak plays the most important role: a drop forms, the area directly below the edge always remains wet.

“We have now succeeded for the first time in providing a complete theoretical explanation of why this drop forms and why the underside of the edge always remains wetted.” Only when the pot’s wall is at a very specific angle in relation to the liquid’s surface does the mysterious effect start, the researchers found.

The smaller the angle, the harder it becomes for the liquid to detach itself from the teapot’s spout.

Depending on what the teapot is made of and how water attractive the material is, the chances of spillage can vary.

British people drink on average two to three cups of tea per day. The findings were in the Journal of Fluid Mechanics.