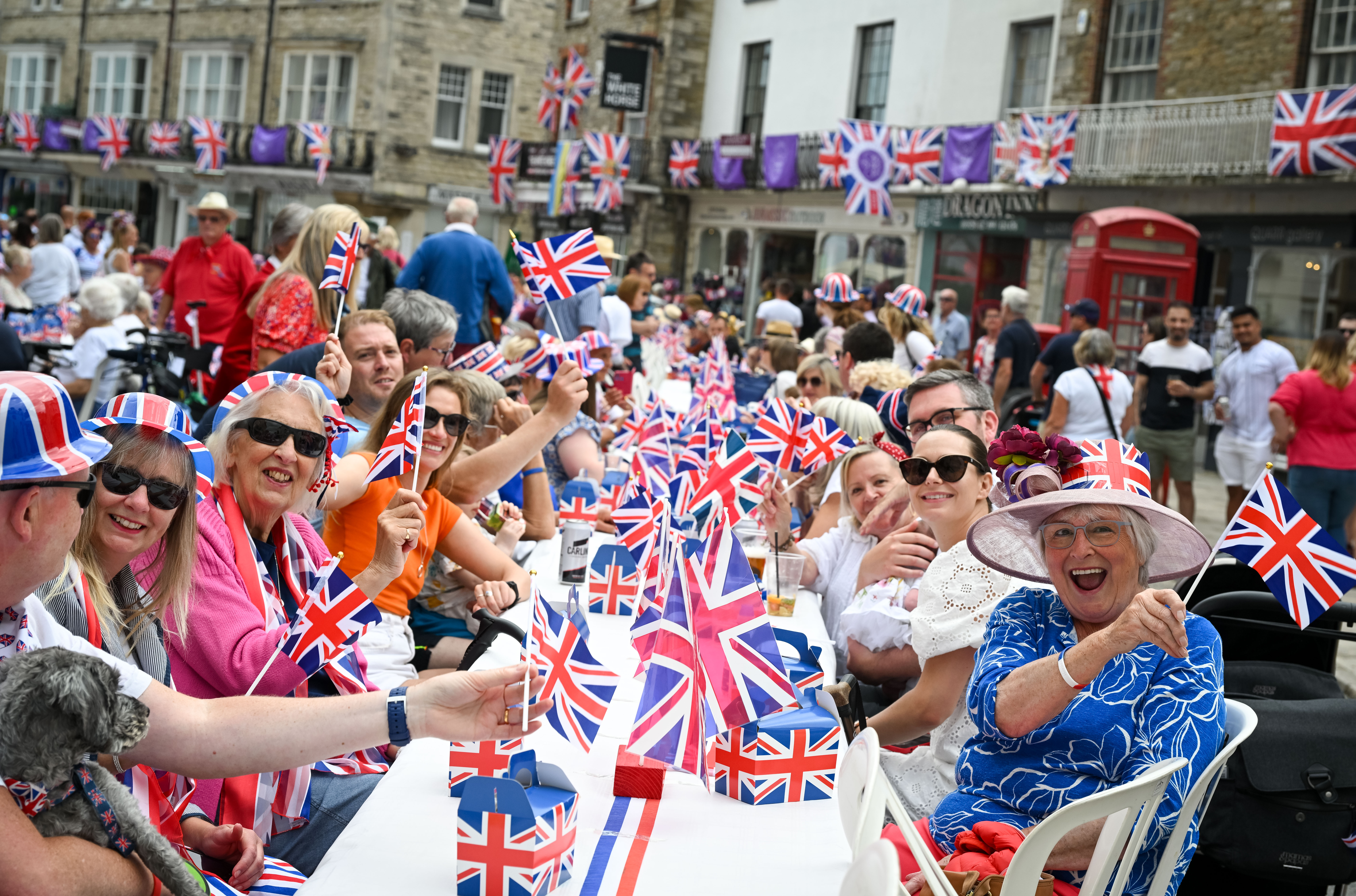 Although your coronation chicken and Jubilee trifle may be fit for a Queen – there are certain rules you’ll need to follow if you want to dine like royalty.

From clutching cutlery correctly to certain conversational commands, an etiquette expert has revealed the strict rules that the Royal Family adheres to at every meal.

How many will you adopt at your Jubilee party for an authentic regal fining experience?

Etiquette expert William Hanson revealed that although it doesn’t matter which hands you hold your knife and fork in, the Royal Family have a particular manner of holding the cutlery.

This method gives you more control of your cutlery, and – by extension – your food.

Not even a squeak

As far as royals are concerned, it’s a cardinal sin to let your cutlery squeak against your plate.

Hanson explains: ‘In Western formal dining, we don’t want any form of noise – whether that’s unpleasant sounds of mastication or the fork and knife scraping along a near-empty plate.

‘It is not a breach of protocol to make noise with the cutlery on the plate, if it happens once or twice by accident, no issue, but to continue to do so is especially unfortunate.’

However, this may not be an issue for you if your Jubilee party has paper plates.

With Britons drinking 100 million cups of tea per day, according to the UK Tea & Infusions Association, you’d think that we had it down to a fine art – but there are some tea-drinking faux pas you will need to address if you ever share a pot with Her Majesty.

The royals have a set way of holding their mug of milky brew.

Hanson explains: ‘Members of the Royal family usually hold the teacup pinching their thumb and index finger between the handle, with their other fingers following the shape of the handle for support.’

Hanson adds that it is not, contrary to popular belief, sophisticated to stick the little finger out when drinking tea or coffee.

You should also note that royals always sip their tea from the same spot on the teacup – this is especially true for those wearing bright lipstick.

The Queen sets the pace for every meal

Did you know that no one should start your meal before or end it after the Queen?

Hanson explains that it will be indeed noticed and noted by others.

At your party, the host or your family matriarch could be your stand-in for Her Majesty. Try pacing your eating progress with them.

Yes, even the humble napkin could land you in some trouble if you use it incorrectly at Buckingham Palace.

In formal dining, you should fold your napkin in half and place on your lap throughout dinner

Hanson explains: ‘For larger napkins, members of the Royal family will place their napkins on their lap shortly after taking their seats, folding it in half with the crease facing away from them.

‘When they are finished eating and leaving the table the napkin is placed in a neat heap on the left-hand side of the setting.’

When dining at Buckingham Palace, you can’t just chat to whoever takes your fancy – there is a rule that dictates who you can talk to.

Hanson says: ‘With formal dining, conversation flows to each person’s left and right – rarely ever across the dining table.

‘The Queen would often wait to see which way her late husband, the Duke of Edinburgh, turned and then follow suit.’

Garlic is a no-go

Sorry to all garlic bread lovers – the delicious herb is off the menu.

Not because the royals are secretly vampires, but because it can lead to unpleasant breath.

Hanson adds: ‘Similarly, tricky foods are never served to ensure no awkward photos but also to make sure all guests feel relaxed and don’t worry about how they need to eat a particular dish.’

This goes without saying, but Her Majesty wouldn’t be seen dead in some trackies or crocs – there is a dress code for formal dinners.

However, we’re sure the royals wouldn’t mind if you sported a Union Jack hat or deely boppers to your street party.

At the end of the meal

Hanson explains: ‘When a member of the royal family is finished eating, they place their cutlery together.

‘If you imagine the plate as a clock face and the cutlery as the hands of the clock, when finished eating in Britain, the cutlery is positioned at 6.30 with the tines of the fork facing upwards.

‘The cutlery is placed together in such a finished position to alert the staff (and other diners) that you have finished so they can clear your plate without having to ask whether you are finished or not.’

Taking place from Thursday, June 2, to Sunday, June 5, the celebrations mark Her Majesty’s record-breaking 70th year on the throne.

Across the UK, there will be street parties, concerts, and other special events attended by the Queen and senior members of the Royal Family.