How to cope when your team loses the grand final

Suzanne Considine remembers the sad schlep back to Melbourne on a red-eye flight after the Demons’ crushing defeat at the hands of West Coast in the 2018 AFL preliminary final.

“All we wanted was to just be in that grand final and it didn’t happen,” she says. “That cut very, very deep. That was a long journey home at a dreadful hour.” 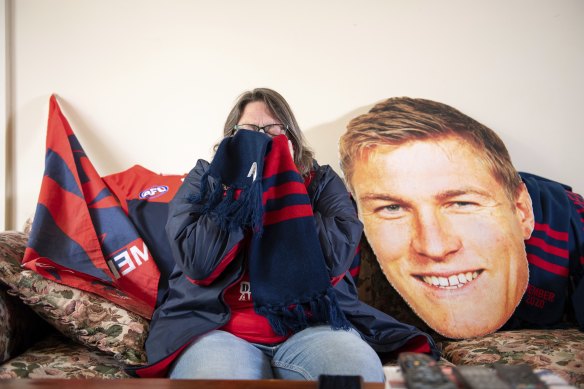 Demons cheer squad member Suzanne Considine has had ups and down in her support for the Melbourne Demons.Credit:Penny Stephens

Considine is one of the coordinators of the Melbourne cheer squad, so her job is to have hope when everyone else has lost faith in the possibility of victory. While the wins are like “riding a wave of exhilaration”, the losses are extra heartbreaking.

“It’s like giving a kid red cordial,” she explains. “It hyped us all up … and it wasn’t long before everything went really flat.”

The supporters of the losing team in Saturday’s AFL grand final will know the feeling of lethargy Considine describes. Some might experience anger, frustration and sadness too.

According to Perth-based psychologist, Dr Bronwyn Milkins, feelings of grief after a big sporting loss are common.

“We think that grief is just in response to human entities but actually, you can experience feelings of grief in response to lots of things … that are really important to you,” she says.

She says if a person identifies closely with something over a period of time – a sports team for example – then it becomes part of their life and their identity.

By this logic, “the sport team’s loss is like losing a part of ourselves,” she says. 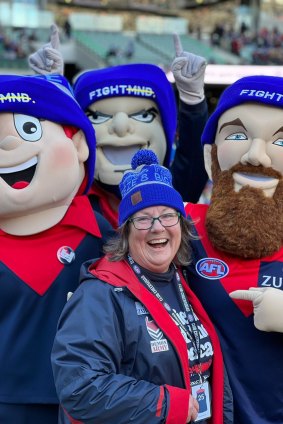 The collective nature of elite sport fandom can enhance the intensity of emotions associated with winning or losing a game.

“It might actually amplify your feelings,” Dr Milkins says. “You might be feeling sad, but then you see your mate next to you who’s feeling even sadder. You feed off that and then you are also more sad.”

But experiencing loss in a group can also be one of its advantages.

“You can find some solace and comfort in connecting with other people from your sports team and actually come together,” Dr Milkins says. “Remember it’s not just you experiencing a loss, you have thousands of other fans who will also be experiencing that loss, so connect with them.”

“And in the future, it can make a win all that much sweeter because you know that you’ve come through difficult times,” she says.

So what are some techniques for coping with feelings of loss after yesterday’s grand final?

As well as connecting with other supporters who might be feeling the same way, Dr Milkins also suggests getting back into your usual routine as soon as possible.

Going to bed and getting up at the same time and eating regularly are both ways of ensuring there is rhythm in your schedule.

She also suggested recognising your feelings as legitimate emotions.

“A really helpful thing would be to acknowledge that, ‘I am feeling sad’, ‘I am noticing some frustration here with my team’, ‘I am noticing disappointment’,” she says. “Actually naming your feelings out loud can help alleviate those feelings.”

She notes that if the same feelings are still lingering more than four weeks after the event then it might be time to contact a GP or psychologist.

Dr Courtney Walton is a psychologist and research fellow at the University of Melbourne who specialises in the mental health of athletes. He listed low mood and a lack of energy or motivation as common symptoms people can experience in the wake of a big sporting defeat.

He says one strategy is to focus on positive elements of the game that are within your control as a supporter.

“One team has to lose and fans typically don’t have much of a say in which team that is,” he says. “So directing attention and energy and motivation to the kind of things that you can impact or can have some kind of control over … is potentially a helpful approach.”

He suggested celebrating the good outcomes of the year independent of wins and losses as a way of coping.

When Melbourne was knocked out of premiership contention in the semi-finals a few weeks ago, Dees supporter Considine found herself reflecting on that same 2018 match in Perth.

Her advice to fans this year is to lean in and embrace the emotions that come with these big matches.

“It’s one of those events that may never, ever happen again in your lifetime,” she says. “You just have to dive in. Wrap yourself around everything that comes your way. Enjoy it. And if it doesn’t turn out your way, so be it. Move on and live in hope for the following year.”

Make the most of your health, relationships, fitness and nutrition with our Live Well newsletter. Get it in your inbox every Monday.

Most Viewed in Lifestyle