Home » Lifestyle » How much is Fisker's Popemobile photo op worth?

How much is Fisker's Popemobile photo op worth?

Henrik Fisker, the founder and CEO of electric car maker Fisker, says his company won’t accept cryptocurrency due to environmental concerns, adding that he is ‘open to’ accepting digital currency if it’s’ sustainable.’

Photos of Fisker Inc. CEO Henrik Fisker's meeting with Pope Francis on May 20 to pitch building an electric "Popemobile" may be worth a thousand words and millions in marketing exposure, but video from the event tells a bit more of the story about how it played out.

Fisker told FOX Business that a mutual acquaintance "set up the meeting, we met in the Vatican, it was an amazing experience."

Video posted by the Vatican News shows that two were introduced in a reception line during an event in Rome’s Trastevere neighborhood at the headquarters of the Scholas Occurrentes, an international student educational outreach started by Francis when he was an archbishop in Argentina and constituted as a International Organization of Pontifical Law in 2013. Francis was there to celebrate the opening of five new offices for the organization around the world via a livestream broadcast.

The property isn't in Vatican City proper, but is one of several extraterritorialities of the Holy See located within Rome. Fisker’s wife, Fisker CFO Dr. Geeta Gupta Fisker, met Francis first and said she was "very honored and humbled to help this great cause for the children" before asking him to "bless our car company." 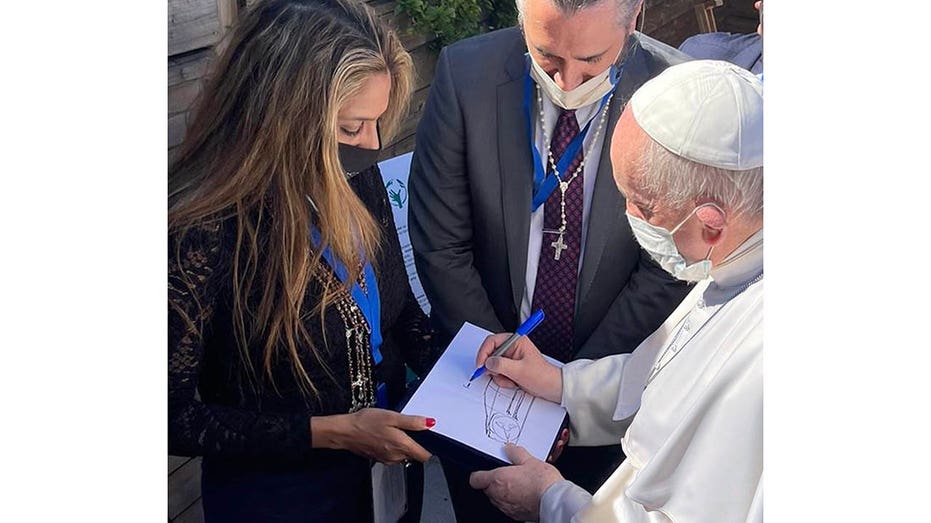 She then had him sign a sketch of the Fisker Ocean, which is set to be the automaker’s first model. 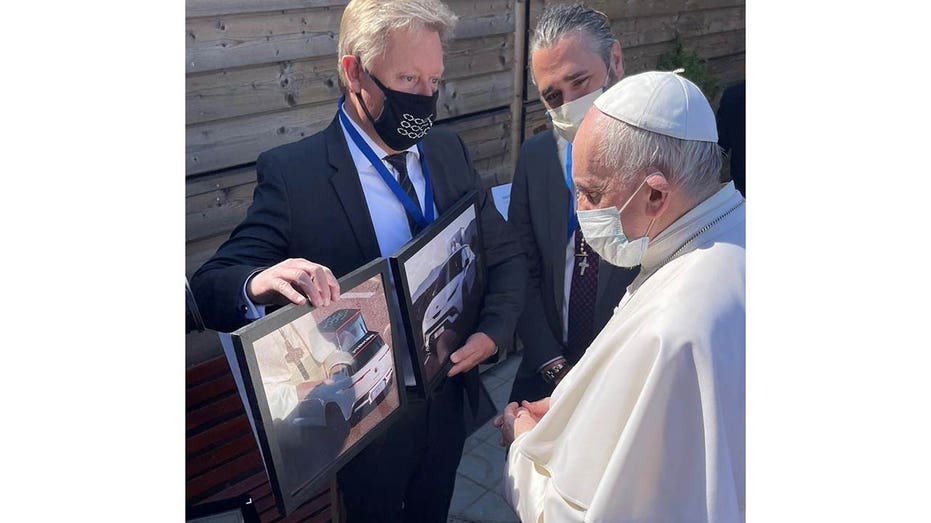 The pope was then introduced to Henrik Fisker, who said to him, "I know how much influence you have in the world. A clean sustainable future. Particularly during COVID we see how quickly the Earth can heal itself. And, with that, I would like to present to you the world’s first electric car for you." 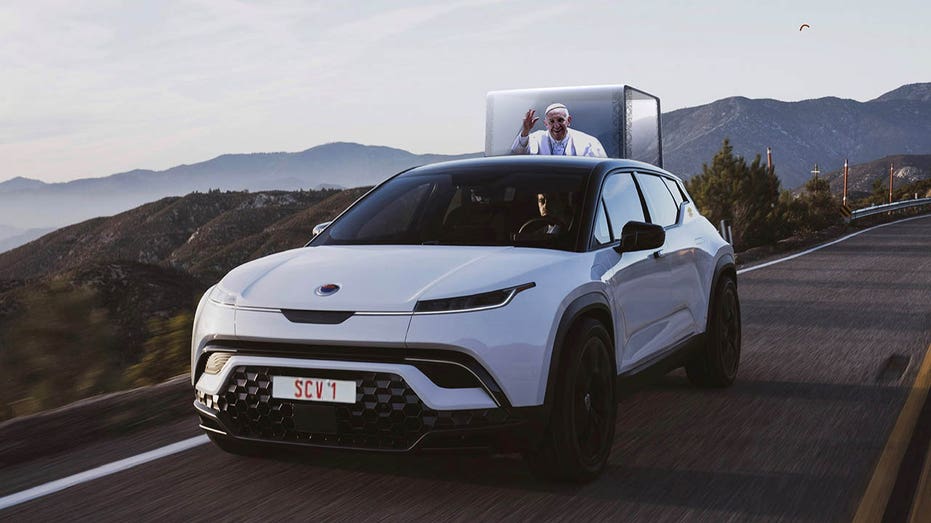 Fisker displayed images of the proposed vehicle based on the Ocean, explaining that it would have solar panels on the roof and a pop-up protective box to stand in while riding past crowds.

"They are certainly clever in terms of generating costless attention in the form of media coverage and downstream reaction based on its having been selected by/for the pope," professor Fred Feinberg of the University of Michigan's Ross School of Business told FOX Business.

A Fisker spokesperson said the third-party contact has since informed the company that the Vatican is interested in having it pursue the project, but a follow-up meeting has not yet been scheduled. A more detailed design specification for the vehicle is now in the works.

California-based Fisker is accepting reservations for the $37,499 Ocean, which is scheduled to be built under contract by Magna in Austria starting on Nov. 17, 2022. Fisker told FOX Business he would donate the Popemobile to the Vatican next October.

Feinberg thinks the association with Pope Francis could be a mixed blessing when the vehicle hits the market.

"An image based on association with a religious organization may not be entirely positive for all segments of auto buyers, especially for an older figure like the pope, regardless of the positivity of his own image," Feinberg said.

"This is a part-tech product, after all, and cutting-edge technologies tend to require younger and more tech-oriented spokespeople, e.g., actors who've appeared in films with that sort of orientation."

If it comes to fruition, the Fisker won't be the only electrically driven Popemobile in Francis' fleet. Toyota built two for his 2019 visit to Japan that use hydrogen fuel cells instead of batteries for power and donated one to the Vatican last year.