But there's no time to crack open the bubbly just yet with a monster showdown with Scotland on the horizon. 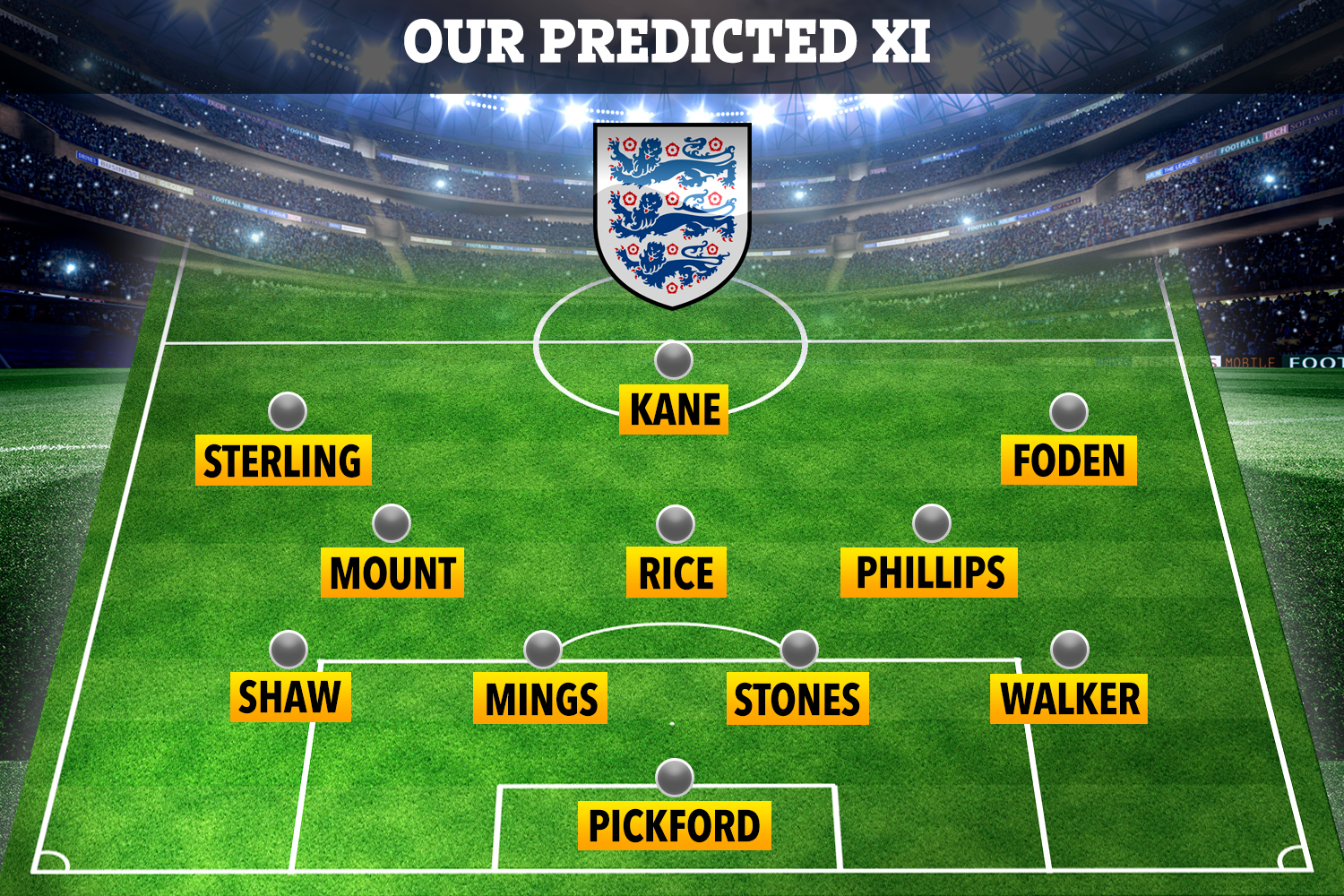 The Three Lions take on their biggest rivals in the second group stage game, with the Scots slipping to a 2-0 defeat against Czech Republic in their curtain-raiser.

But for Gareth Southgate, he has yet another selection dilemma on his hands.

Among the biggest talking points ahead of the 1-0 win over Croatia was the omission of Jack Grealish and Luke Shaw, with Jadon Sancho and Ben Chilwell not even in the squad.

With five days between the first and second games, Southgate may well run the same XI against Scotland to maintain some level of consistency.

But the Scots will pose a different challenge to contend with.

Jordan Pickford is a shoo-in to start in goal, with Dean Henderson ruled out of the tournament, leaving inexperienced Sam Johnstone and Aaron Ramsdale on the bench.

Kyle Walker started at right-back in a four-man defence against Croatia and is likely to keep his place.

John Stones and Tyrone Mings looked rock-solid on Sunday and are set to continue their partnership with Harry Maguire not yet fully fit, despite returning to training. 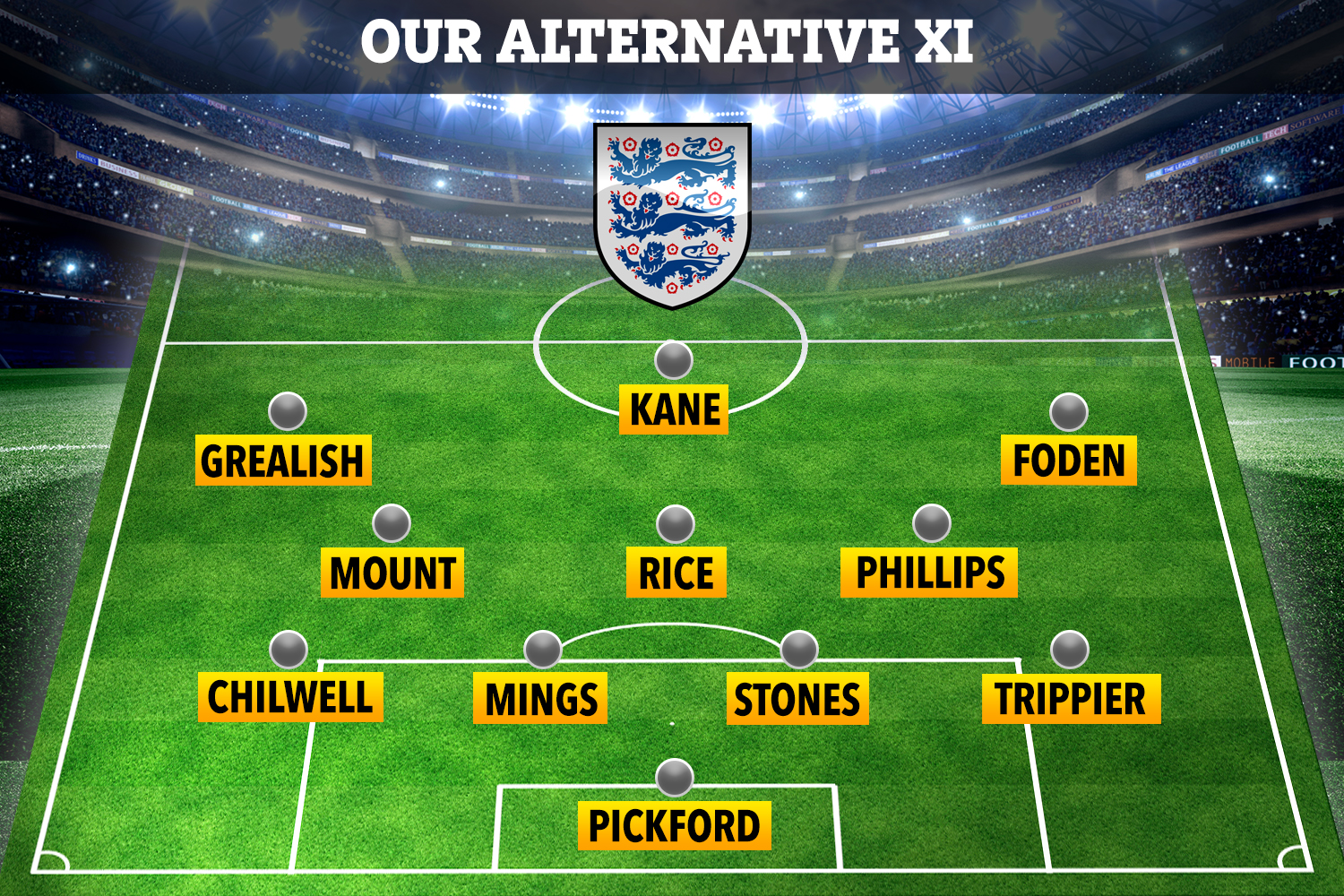 Kieran Trippier was a shock selection at left-back for Southgate, but he could miss out against Scotland.

The Atletico Madrid man was deployed partly for his set-piece ability but also to keep Croatia star and club-mate Sime Vrsaljko quiet down that flank.

With Scotland posing less of a threat up the right, attack-minded Shaw could start after his stellar season for Manchester United.

And the England boss would be hard-pushed to tweak his front three after their impressive showing on Sunday.

Raheem Sterling was a surprise starter in place of red-hot Grealish.

But the Manchester City star time and time again got in good positions and could have had more than his one goal but for some wasteful finishing.

Harry Kane is a certainty to lead the line all tournament, barring injury or suspension.

And Phil Foden is already becoming undroppable after a glittering performance against Croatia, in which he hit the post after just five minutes following some glorious skill and a curling, placed left-footed effort.

Grealish could come in almost anywhere across the midfield and attack, but Sterling would be the most likely to drop out should Southgate decide to make a change.

The Aston Villa skipper was in scintillating form during England's warm-up wins over Austria and Romania.

His ability to win free-kicks could also prove vital during the tournament.

Elsewhere, Ben Chilwell will also be vying for a spot at left-back after a strong season for Chelsea.

However, his snub from the squad to face Croatia suggest he's seen as a back-up to Trippier and Shaw.

Trippier could replace Walker at right-back is Shaw is brought in on the left, although Reece James will hope to play a role during this summer.

Dominic Calvert-Lewin will hope to earn a few more minutes on the bench in order to keep Kane fit.

Marcus Rashford, Sancho and Bukayo Saka are set to be deployed as impact subs this summer and are unlikely to start against Scotland.

In midfield, Jude Bellingham excelled in just ten minutes against Croatia and will hope to enjoy even more game-time against Scotland.

But for Phillips' excellent game on Sunday, Bellingham would likely be starting for England this summer, with Jordan Henderson – now back from injury – hoping to play a part.