Home » Lifestyle » ‘How am I going to pay this?’ Wave of evictions coming as moratorium ends

‘How am I going to pay this?’ Wave of evictions coming as moratorium ends

When Noorlia Mansor lost her job as the coronavirus pandemic reached Melbourne last March, she had no idea how she’d pay her rent.

Laws introduced by the Andrews government to prevent mass evictions helped, along with a landlord willing to negotiate. Rent on her Abbotsford apartment fell from $440 a week to $330. 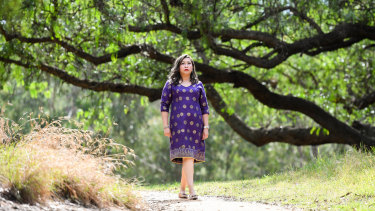 Noorlia Mansor rented her Abbotsford apartment in October 2019 and had two rental reductions during the pandemic. Now, she fears an eviction moratorium finishing on March 28 will mean she has to leave her home.Credit:Joe Armao

Months later, with the pandemic in full swing and Melbourne ground to a halt, Mansor was still without a job. Paying even the reduced amount was beyond her. She went to the state administrative tribunal for another rent reduction and succeeded; her rent fell to $170 a week.

But with the moratorium on evictions ending next Sunday, the 45-year-old is fairly certain her time in her Abbotsford home will soon be up.

“I have no idea what I will do if I can’t find a job in the next few weeks,” says Ms Mansor, whose JobSeeker payments will fall to $616 a fortnight, as the supplement added by the Morrison government also finishes.

Figures obtained under Freedom of Information show that despite the general eviction moratorium and bans on rental increases, landlords are taking tenants to the Victorian Civil and Administrative Tribunal in a bid to get them out.

In October, applications to end a lease based on a tenant’s inability to pay the rent were at 685 for the month. By February, this had grown to almost 1100.

Rental groups expect a surge of evictions the moment the moratorium ends, and federal unemployment support schemes such as JobKeeper wind up, also on March 28.

“Renters are heading into a perfect storm,” said Jennifer Beveridge, chief executive of Tenants Victoria, which will on Friday release a survey of tenants it deals with. It finds the end of the eviction moratorium looming as a stress point for many – particularly those in vulnerable sectors such as hospitality, tourism, entertainment and leisure where the biggest job losses were felt. 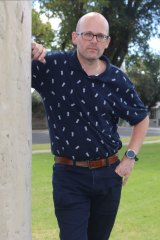 Jason Clough fears the process has already begun to evict him from his Moe home.Credit:Michelle Slater

Ms Beveridge praised the protections put in place last year, which led to 71,370 tenants and landlords in Victoria agreeing to rent reductions. But she predicted their end would see a “flood” of new eviction applications by landlords.

In regional Victoria, Jason Clough is seeing it begin. The New Zealand man, who moved to Australia four years ago, hasn’t been able to access any government assistance payments.

In employment from the time he moved to Australia, he took a job at the Moe RSL early last year but lost it after six weeks when the venue closed due to COVID-19.

He negotiated the weekly rent on his Moe home from $250 to $150. He also got help from a state government grant that totalled $3000, giving the landlord a supplement for their lost income.

But on Wednesday, the process beginning his likely eviction started – his landlord applied to VCAT for an order to terminate his lease. It doesn’t guarantee his eviction, but it’s the start of the procedure if the owner chooses to take that path.

Mr Clough says he understands the landlord needs help too, given his reduced payments (although he started paying $200 a week late last year). “I’m not unsympathetic to their situation but I’m also trying to catch up on everything I’m behind. I’m $800 in arrears on my car loan because of having to put it on hold.”

Leah Calnan is president of the Real Estate Institute of Victoria and the director of Metro Property Management. She says new rental laws coming into place simultaneous to the moratorium ending will prevent any serious problem.

“There will be evictions. But there are extensive delays in getting hearings at VCAT, so while owners might want to end tenancies, it might still take months.” But Ms Calnan says there will certainly be some people asked to leave properties. “There are still a portion of people substantially behind in their rent.”

A spokeswoman for Consumer Affairs Minister Melissa Horne said the state government had assisted tenants and landlords throughout the pandemic with support including rent relief grants of up to $3000 during the eviction moratorium.

She said new tenancy laws starting on March 29 would provide better support to renters. “For example, a renter cannot be evicted unless VCAT decides that it is reasonable and proportionate in the circumstances,” she said.

Noorlia Mansor in Abbotsford is now $1800 behind on her rent. Attempts by The Age to discuss her case with her agent in Box Hill failed on Thursday. Ms Mansor belongs to the Renters And Housing Union, and its secretary Eirene Tsolidis Noyce says thousands of renters are now stuck in situations similar to hers, “with insurmountable debt and the threat of eviction”.

“The economy hasn’t recovered from the pandemic, so why would we expect that low-income renters have? The rental-reduction scheme urgently needs to be extended, to keep people in their homes,” she says.

Ms Mansor says the combination of losing $100 in JobSeeker payments and the moratorium ending could make her life dramatically worse. “I pay what I can afford. But how am I going to pay this?”