Hospitality boss warns that revellers will spill out from 'safe' bars

The disastrous truth about this naive 10pm rule? It could drive infections UP: Hospitality boss warns revellers will spill out from ‘safe’ bars and restaurants… as top business leaders give their damning verdicts

The Government’s naive and ignorant decision to shut down pubs and restaurants after 10pm is going to create havoc in an industry which is already on its knees. Far from helping to control the coronavirus, it could drive infection rates upwards. And it will cost countless jobs, quite probably more than a million, in the run-up to Christmas.

Make no mistake, this is a disastrous decision, taken by people who do not understand what terrible damage they are doing to the country. 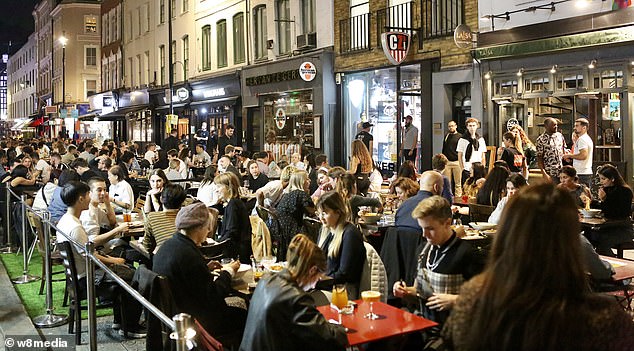 The hospitality industry has gone to exceptional lengths to impose social distancing provisions. We are using partitions, elaborate queuing systems, test-and-trace technology, and doing it rigorously and methodically.

As long as people are drinking and enjoying themselves in an organised public setting, there is little danger that the virus will spread.

But now those people are going to be turfed out on to the street at 10pm. Does the Government really believe they will all go home to their beds? It’s a hopelessly unrealistic notion.

What happens next can be summed up in one word: chaos. People will be milling about in the streets, cramming on to public transport or into taxis, and heading for all sorts of unsupervised gatherings. At countless house parties and raves, they will continue drinking until all hours, without any social distancing. 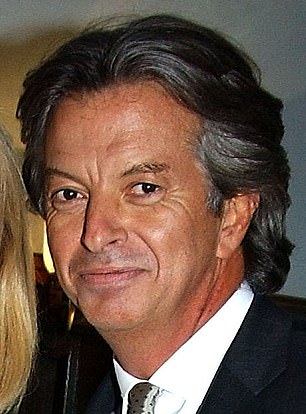 Richard Caring: People will be milling about in the streets

It would be impossible to devise a policy more likely to drive up the infection rates. The contagion will spread far faster – because just when we need people to behave responsibly, they are being forced to evade supervision.

My sympathy goes out to the police. How on earth are they supposed to cope with the bedlam that will follow?

But my greatest fears are for my colleagues in the hospitality industry, who have already borne the brunt of the lockdown. So many are already on the brink of bankruptcy, and this will push many over the edge.

Where hotel, bar and restaurant workers are still on furlough, they are now effectively unemployed. The Government has just guaranteed that there are no jobs for them to come back to – not a chance, not a hope in hell.

And for those who have struggled back to work, at least 20 per cent now face losing their jobs. That is a low estimate: In many sectors of the industry, at least a third of our takings are done after 10pm. With profits slashed, of course there will be hundreds of thousands of jobs destroyed. An industry that employs three-and-a-quarter million people in Britain is being crippled.

All this is happening in the last quarter of the year, traditionally the time when business is best. People want to celebrate as Christmas approaches. Yet today, everyone in the industry is sitting with their head in their hands, wondering how their business will survive.

This year has been desperately difficult. And the Government appears to be doing its utmost to make things worse.

It feels like it was only days ago that the Government was encouraging Britain to get back to work. Yet in a knee-jerk volte-face, it has succeeded in undoing all of its good work – while simultaneously fostering a climate of fear just when it seemed that normality was returning.

Meanwhile, rather than prevent transmissions, the new curfew on pubs and restaurants will push drinkers and diners out of Covid-secure venues into each other’s homes, and possibly even illegal raves.

There’s simply no logic behind the new restrictions. Just when British businesses need political leadership, the Government has pressed the self-destruct button. 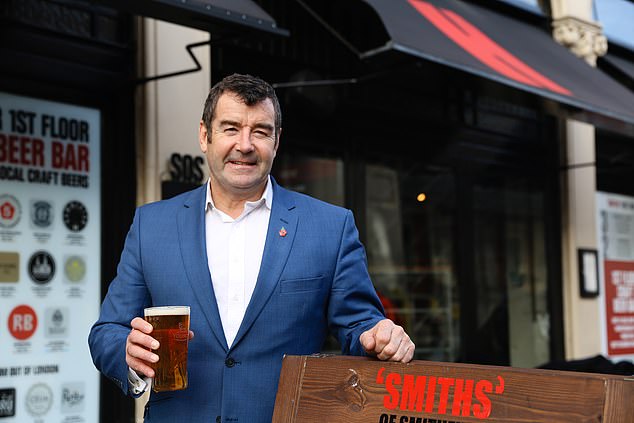 The first lockdown cost taxpayers eye-watering sums of money and damaged the nation’s health. We can recover strongly, but things are fragile.

That’s why the latest measures are such a bitter blow. In particular the encouraging of workers to stay at home will do workers and businesses no good as innovation and interaction is stifled.

Sweden, where the economy hasn’t taken such a hit, proves that it was justified in seeking a light touch. 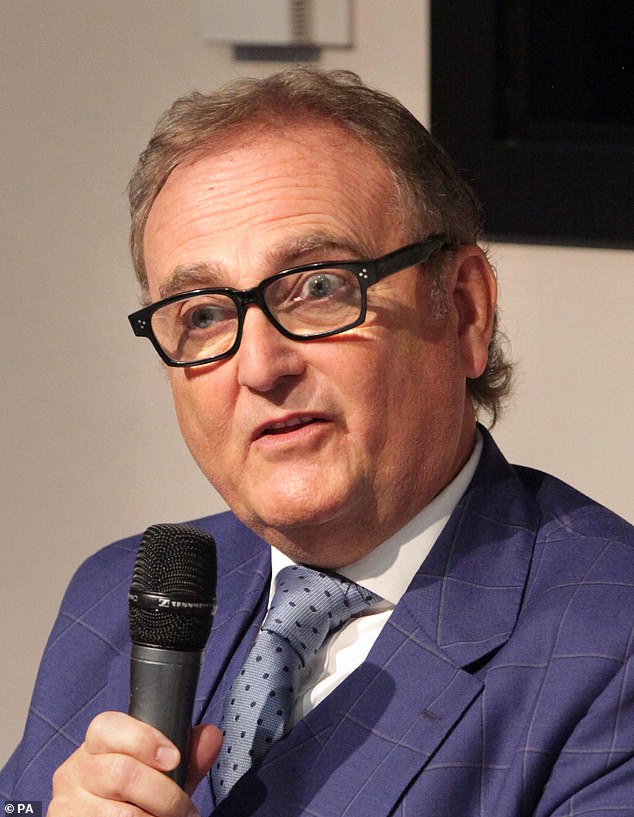 John Longworth: The first lockdown cost taxpayers eye-watering sums of money and damaged the nation’s health. We can recover strongly, but things are fragile

Yet we are acting like rabbits in headlights. Instead, we need the courage to move forwards.

Following the Government’s introduction of a 10pm ‘restaurant curfew’, you could be forgiven for thinking that diners are more likely to spread Covid as midnight approaches.

But that simply isn’t the case. In the real world, the actual PHE Infection Survey for last week recorded 228 Covid incidents in care homes, compared to just 25 across all food outlets and restaurants. The Prime Minister’s exhortation for people to once again work from home is equally evidence-free.

In fact, the only certain outcome is that it will further imperil Britain’s economy – putting young people on the dole, closing thousands of small businesses and ultimately, in the medium term, costing more lives as a result of economic deprivation than it will ever save. 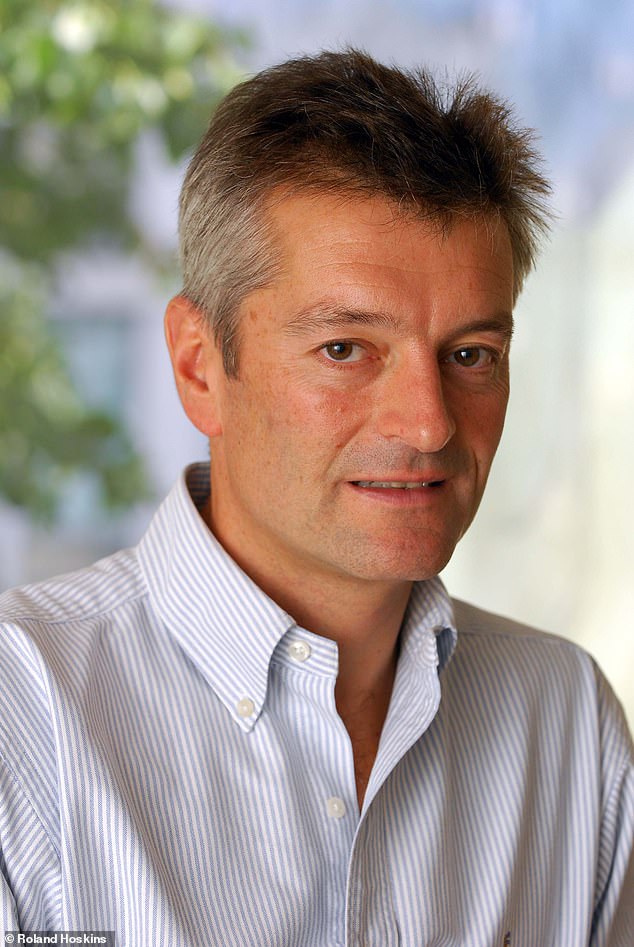 Hugh Osmond: Following the Government’s introduction of a 10pm ‘restaurant curfew’, you could be forgiven for thinking that diners are more likely to spread Covid as midnight approaches

Fortunately, my two current businesses – an organic food business and designer shopping centre – survived the first lockdown, thanks mainly to our hardworking staff. Nobody likes restrictions and these latest ones are concerning.

But we have to remember this is a pandemic. What we need from the Government is more guidance and support for the affected industries so we can get through this together. Most importantly, with hundreds of thousands of jobs on the line, we cannot afford to be frightened of putting British businesses first. 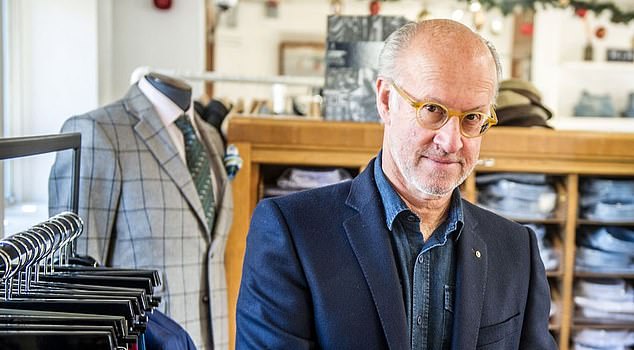 This latest Government U-turn will only create more unnecessary alarm and prevent the return to normal life the country is crying out for. Of course Covid is a serious problem, but recent data from the Office for National Statistics shows that, two weeks ago, flu and pneumonia were about ten times deadlier than Covid-19. We urgently need to regain some perspective.

Reimposing tight restrictions on people’s movements and shuttering our city centres again will not only be catastrophic for the economy, it will inflict yet more hardship, stress and misery on millions of people who can ill afford them. Ministers must think again. 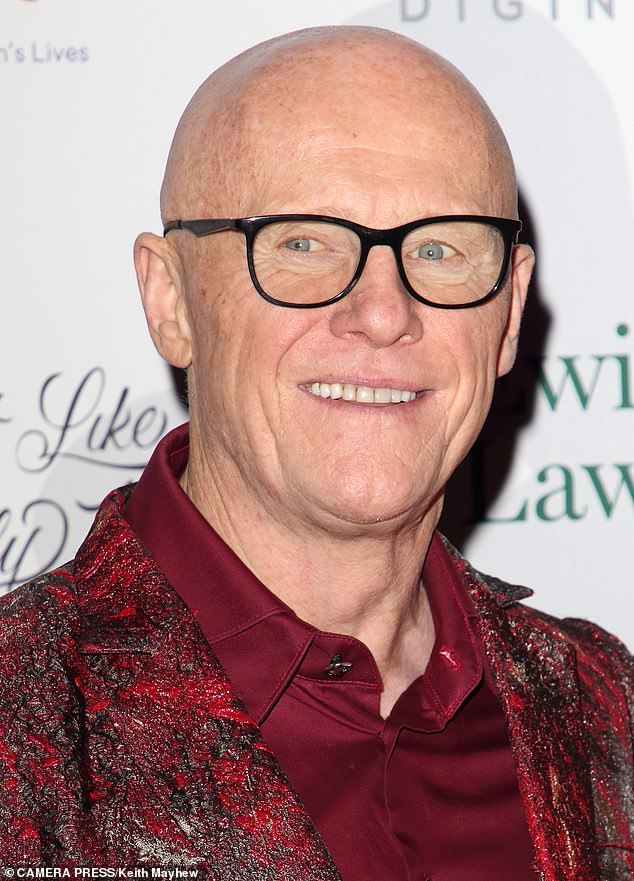 John Caudwell: This latest Government U-turn will only create more unnecessary alarm and prevent the return to normal life the country is crying out for

The introduction of the curfew has plunged hospitality into total disarray, with hundreds of thousands of livelihoods now at risk.

It will once again bring a thriving industry to its knees. The Government has time and time again shown themselves to be lacking in any kind of foresight. Hospitality is not, and never has been, the root cause of this pandemic.

The sector exists in a highly regulated, licensed environment. Where is the evidence a curfew will make a substantial difference? We know from the Government’s own published figures that only 5 per cent of virus transmission comes from the hospitality environment. 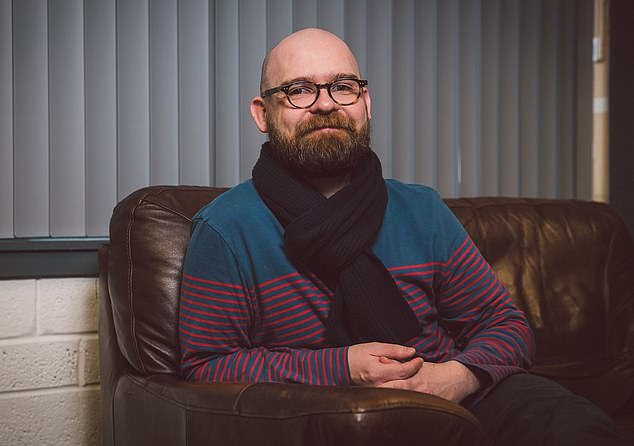 David McDowall: The introduction of the curfew has plunged hospitality into total disarray, with hundreds of thousands of livelihoods now at risk

And where is the detail on the urgent support desperately needed for businesses that are now at severe risk of going under? With these restrictions, the industry desperately needs specific financial support to keep it afloat. 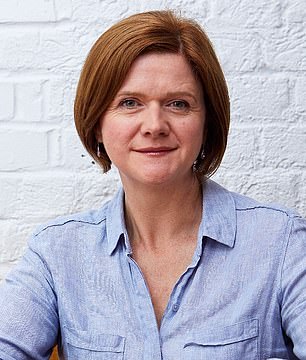 Kate Nicholls: The cumulative impact of these restrictions is going to be devastating. A 10pm curfew will halve revenues

The cumulative impact of these restrictions is going to be devastating.

A 10pm curfew will halve revenues. The shift back to working from home and the confirmation that events and functions will not go ahead will destroy consumer confidence.

It will be felt across the whole sector, but city centre venues will be hit particularly hard. Ministers say they have kept the economy open, but this is very much not open as normal for us.

More than 150,000 jobs have already been lost and more will go unless we get a substantial package of support immediately.

Jeremy King, owner of The Wolseley restaurant in London

This legislation beggars belief. It clearly hasn’t been thought through and will ring the death knell for far too many restaurants. 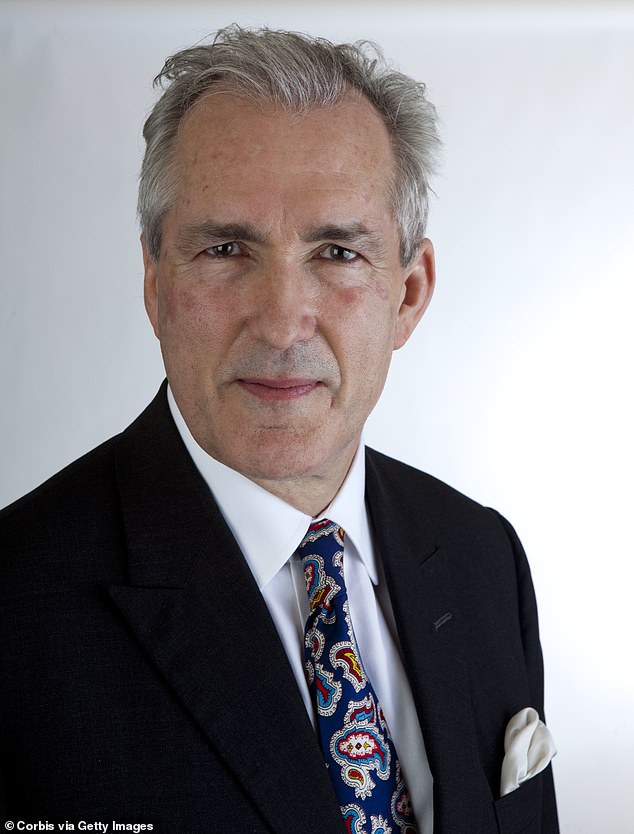 Jeremy King: This legislation beggars belief. It clearly hasn’t been thought through and will ring the death knell for far too many restaurants

The Prime Minister keeps reiterating his trust in the good sense of the British people and yet continues to treat us like children. At lunch yesterday, as the news broke, a succession of incredulous guests came through the door talking only of dissent and civil unrest.