'Hawkeye': Was Shang-Chi Referenced by Echo's Dad in Episode 3?

Maya Lopez, aka Echo, stole the Hawkeye show in episode 3 as leader of the Tracksuit Mafia. The episode begins with a flashback where we see her growing up deaf in school and at home. Her father, William Lopez (Zahn McClarnon), signs stories to her, but one in particular caught fans’ attention. In Hawkeye Episode 3, he seemingly references the dragons from Shang-Chi and the Legend of the Ten Rings. 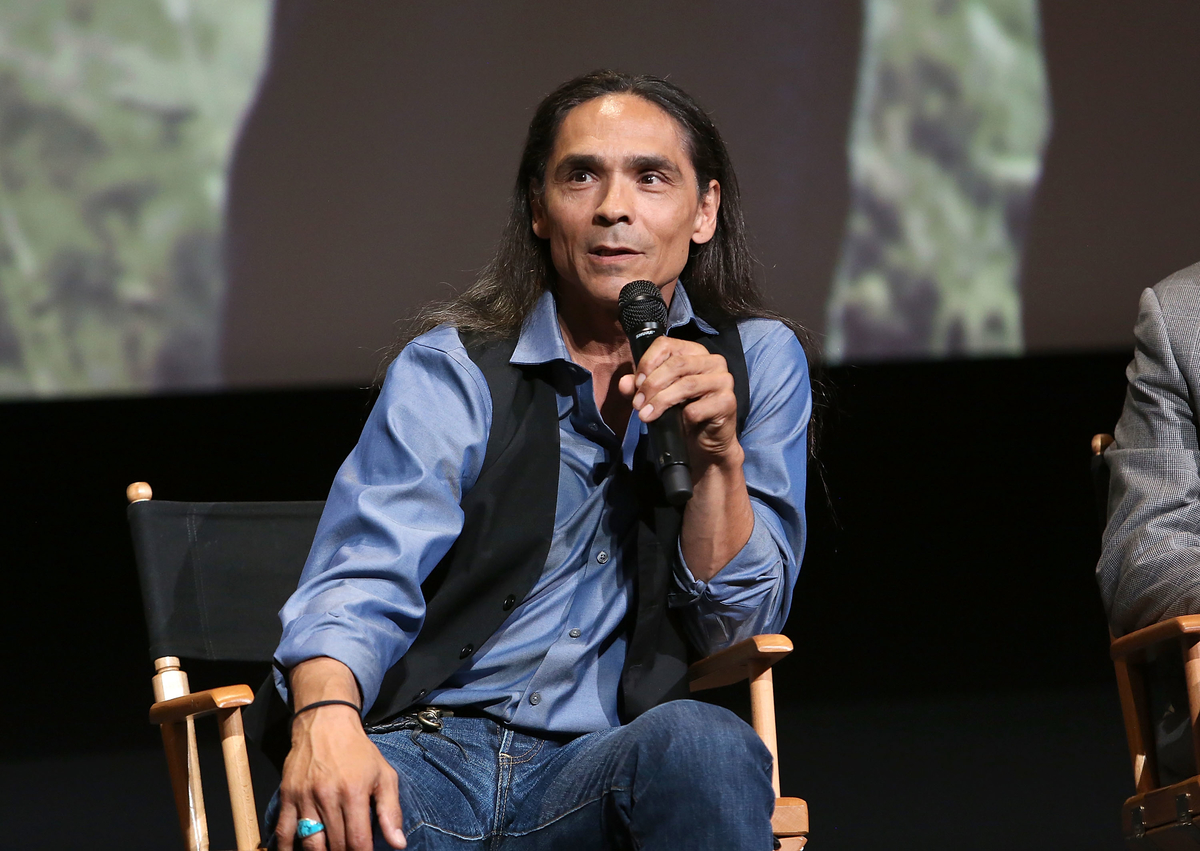 What was the Shang-Chi reference in ‘Hawkeye’ Episode 3?

Then she asked if dragons were real, and his response perked up some ears.

He signed that dragons exist in another world, and while this comes as a common story in myths, it’s 100% true for the Marvel Cinematic Universe.

In Shang-Chi and the Legend of the Ten Rings, Shang-Chi (Simu Liu) and Katy (Awkwafina) travel to another world. There, they battle the Dweller in Darkness with the help of the dragon, the Great Protector.

As Clint Barton (Jeremy Renner) operated as Ronin, Echo’s father called her ‘little dragon’ in a tense moment. The image of a dragon has been tied to Echo in the Marvel Cinematic Universe.

Does William Lopez have connections to dragons or the Ten Rings in Marvel Comics?

The first and best place to look for evidence of Echo and her father knowing about dragons remains Marvel Comics.

Both Echo and her dad debuted in back-to-back issues of Daredevil in 1999. The two have closer ties to Daredevil and Kingpin. Then, in Daredevil #10, she asks Kingpin to tell her about her father.

Kingpin tells her about Willie “Crazy Horse” and how Daredevil tried to kill him, but her father took the bullet instead. However, this story turned out to be a total lie. She turned on Kingpin and eventually took up the identity of Ronin.

While the ninja-esque Ronin identity ties Echo to Hawkeye, neither she nor her father has any strong ties to Shang-Chi or the mystical world of dragons.

As the Marvel Cinematic Universe branches these smaller characters out, showrunners might have plans to tie William Lopez into the wider Marvel Universe.

What does the Shang-Chi reference in ‘Hawkeye’ Episode 3 mean for the Disney+ series?

With Avengers: Endgame capping off the Infinity Saga, Marvel focused their efforts on Phase 4, including linking newer heroes and events.

Marvel has reinvented and expanded upon characters with more minor roles in the past. They could have plans to tie Echo’s father into the mystical world of Shang-Chi.

With Disney+ planning an Echo spinoff series, it seems like the perfect time to expand upon some of Maya’s lesser developed elements like her parents.