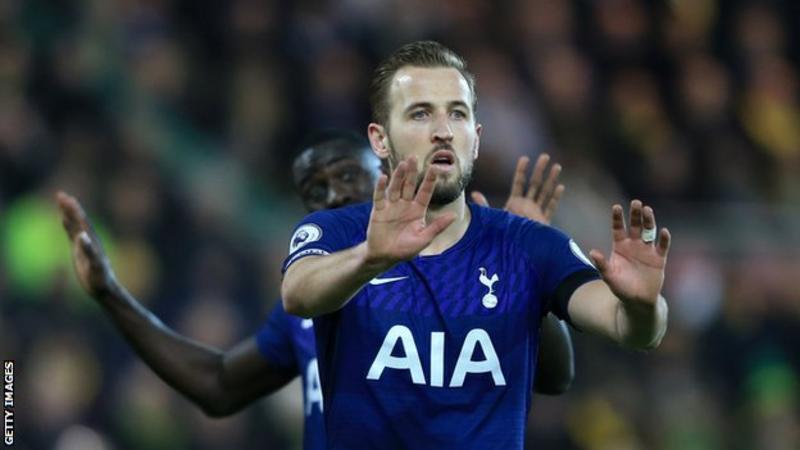 Harry Kane would be “stupid” not to leave Tottenham if Liverpool or Manchester City came in for the England striker, says Chris Sutton.

Kane, 26, said he could leave if Spurs do not progress because he wants to win trophies “sooner rather than later”.

“I can understand the predicament he is in,” Sutton told BBC Radio 5 Live.

“But if he wants to win the Premier League, then he should move on and go to a club who have better chance of winning it than Spurs do.”

Kane, who is under contract until 2024, has yet to win any silverware at Tottenham, whose last trophy was the 2008 League Cup.

They have been knocked out of all cup competitions this season and were eighth in the Premier League when football was suspended.

“Spurs are a brilliant club, but at this moment in time they are way behind the likes of Liverpool and Manchester City.

“If one of those clubs came in for him, if you were Harry Kane you would be be stupid not to go.”

Ex-England striker Ian Wright, speaking alongside Sutton on Monday Night Club, expects Kane to stay at Tottenham for at least one more year under manager Jose Mourinho, who only joined the club in November.

“Now they have a manager who is a notorious winner of trophies,” said Wright.

“Kane did say ‘next year will be the first chance the gaffer will have to bed his values into the team’.

“That says to me he is somebody who is already thinking of next year, so he’s not going anywhere.

“I’d give this manager a chance with his pre-season, do next season and see where it goes. Because from when he made his debut up to now, I think he has given them everything he can.

“If nothing happens and Harry Kane decides to leave then you have you have to say ‘well, he’s under Mourinho, nothing has changed’. He wants to win medals.

“You can’t have that kind of ability, that kind of goalscorer who is able to win matches, and not win anything. You can’t.”