That's according to bookmakers Paddy Power, who've priced the Spurs centre-forward at 10/11 to secure a move elsewhere during the summer. 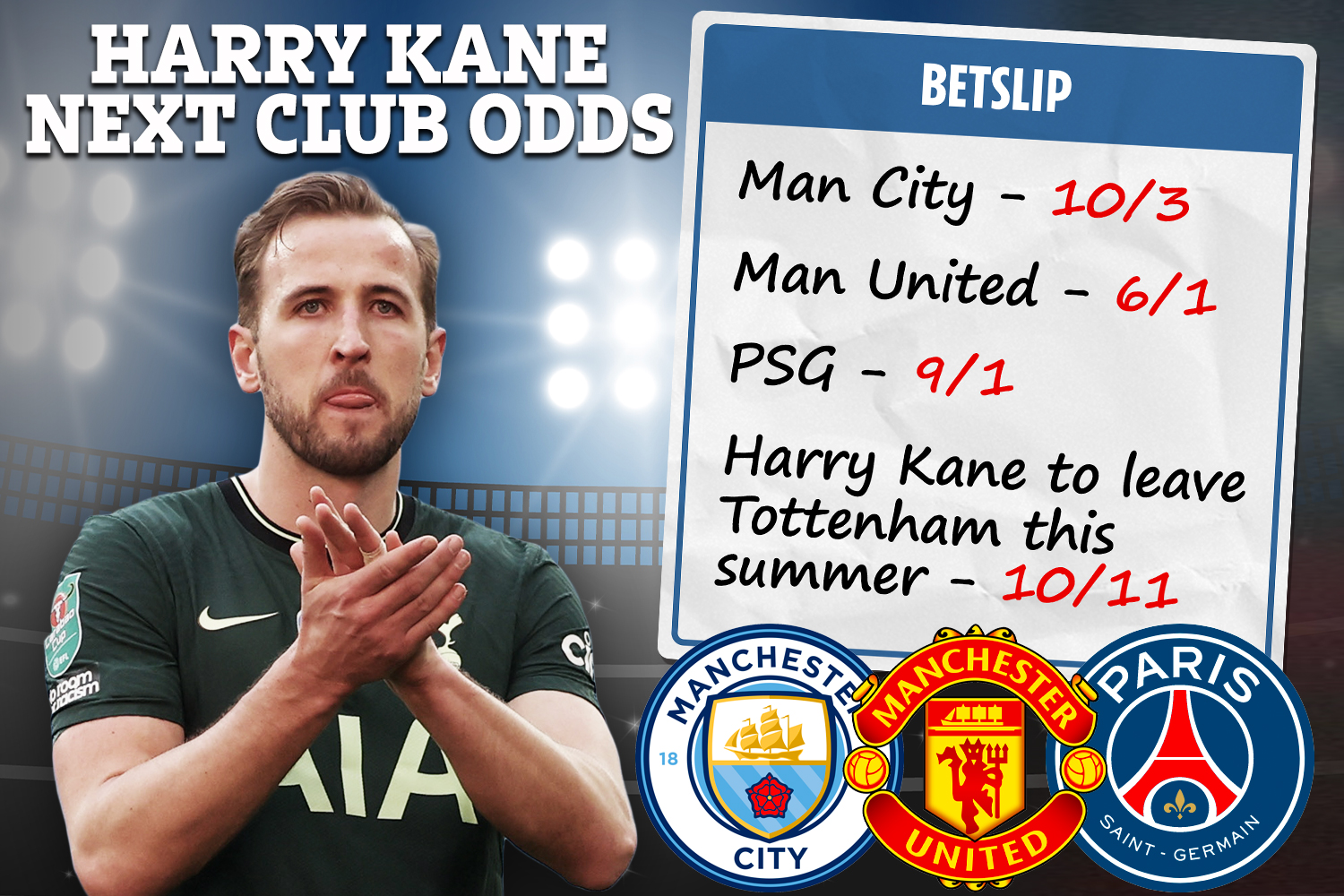 The 27-year-old was 4/1 to leave before Sunday's Carabao Cup final against Manchester City.

But their lacklustre defeat and another season without a trophy has seen his transfer odds shift sizeably.

Kane has scored 219 goals and provided 46 assists in 331 games for Tottenham since his debut in August 2011.

Only Jimmy Greaves is above Kane on the club's all-time scoring list.

But unlike Greaves – he's never won silverware with the North London club, who themselves are without a trophy since 2008.

And with that looking unlikely to change in the near-future, the bookmakers think Kane is now more likely to leave than stay.

Spokesman Paddy Power said: "As Spurs continued a pretty drab season, the chances of Harry Kane leaving the club were getting more and more likely.

"But after missing out on yet another trophy, it's surely only a matter of time before he looks elsewhere for silverware.

"At the end of the day, football is about winning things. And, Spurs' trophy cabinet is currently even emptier than Serge Aurier's head."

And, in worse news for Tottenham supporters, Kane is as short as 5/4 to join a Premier League rival, with Manchester City the 10/3 favourites.

Manchester United are their closest challengers at 6/1 to lure Kane to Old Trafford.

Looking at options abroad, a reunion with old boss, Mauricio Pochettino, looks most likely, with the England captain priced at 9/1 to join Paris Saint-Germain this summer.

Further back in the betting market are Liverpool and Real Madrid at 20/1, with Bayern Munich offered at 33s.

Barcelona are the outsiders of the field at 40/1.

However, former Spurs boss Harry Redknapp does have a positive prediction for supporters.

He believes Kane will stay put after the appointment of a new manager.

"I think the new manager will come in and convince him that they’ll be having a go and signing a few more players.

"There’s nobody better than him. I wouldn’t swap him for any centre-forward in the world, personally.

"He would guarantee Man City, Man Utd or Liverpool winning the league next season, for sure. He’s a fantastic player. Tottenham have to keep him."

*New customers only. Place your FIRST bet on any sportsbook market and if it loses we will refund your stake in CASH. Max refund for this offer is £20. Only deposits made using Cards or Apple Pay will qualify for this promotion. T&Cs apply. Paddy's Rewards Club: Get a £10 free bet when you place 5x bets of £10+. T&Cs apply. 18+ Begambleaware.org