But a five-year Government investment package of nearly £11billion could help create a million jobs over the next two years in areas such as renewable energy, woodland creation and peatland restoration.

The move “would help address the crises in youth unemployment and climate breakdown”, according to a report for the environmental group by Transition Economics.

It added: “The research also shows the huge potential for fighting the climate crisis with green jobs countrywide if apprenticeships are given proper Government support.”

Around 500,000 people aged 16-24 are currently out of work, which could rise “substantially” when furloughs end.

Prime Minister Boris Johnson is committed to overseeing a “Green Industrial Revolution” to get Britain to Net Zero – eliminating or offsetting greenhouse gas emissions – by 2050. 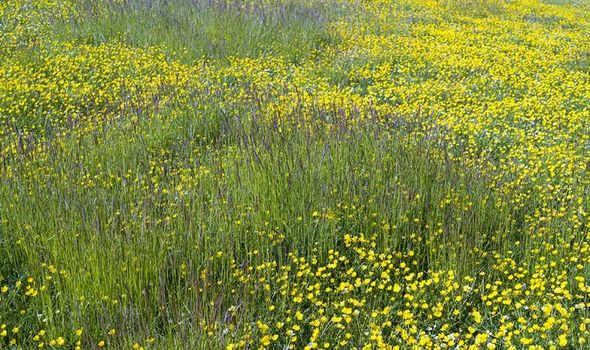 But there are fears this could be undermined by a skills shortage.

For example, reducing emissions from home heating needs a skilled workforce of 70,000 that does not yet exist.

Denis Fernando of Friends of the Earth said: “There’s a ­serious risk that this country is going to leave its young people to a future devastated by the climate crisis and unemployment. But it’s not too late to turn this around.”

The report calls for £10.6billion to fund wage subsidies, training and diversity measures, plus a network of centres of excellence for zero carbon skills and bursaries for disadvantaged groups.

The end of the pandemic is in sight – and it’s time to plan for the economy we want to have and the country we want to live in.

Tomorrow’s Budget should be the first step.

Jobs are a key issue.

Unemployment is a waste.

The under-25s have been worst affected by the crisis and youth joblessness could triple to its highest for over 40 years.

We’re forecast to have over one million long-term unemployed in the next two years.

We must avoid having a lost generation for whom there are no jobs.

It’s a problem and an opportunity.

Friends of the Earth’s report today shows the economic imperative.

The cost of young people now without a job will be lost wages of £40billion.

But providing apprenticeships would cost just one-quarter of that, making business sense.

Our unemployed people are a powerful resource.

We should create green universities and apprenticeships.

However, the report has a glaring omission in green gas.

We could build an industry with 70,000 long-term sustainable jobs in the rural economy, save £7billion a year in imported gas and let farmers diversify as they lose EU funding.

The green economy offers jobs and wealth creation while fighting the climate crisis.

We need to create a green army to help us get there. I hope No 11 is listening.