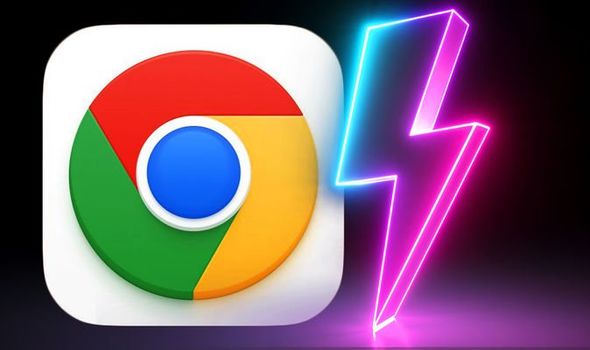 Google has started to roll out a new version of its popular Google Chrome web browser, which the Californian company says boasts the biggest leap in performance in years. Dubbed Chrome 87, the latest update to the almost-ubiquitous desktop web browser is the start of a U-turn from Google to reduce the impact on your computer’s resources. When it first launched, Chrome was the quickest and speediest browser on the market… but in the years since its launch, it has gained a reputation as a battery life and memory hog.

Laptops and desktops alike seem to be crank-up their fans as soon as Chrome is juggling multiple tabs – something that isn’t true with rival browsers like Microsoft Edge, Firefox, or Safari. And Google wants to make sure its immensely-popular browser matches its closest rivals. That starts with Chrome 87, the company claims.

According to the Mountain View-based firm, Chrome will now prioritise your active tabs, which should reduce the amount of CPU required by the browser by up to five times. If accurate, that should be a huge relief for those with ageing hardware working from home on Chrome all-day. There is another huge benefit to reducing the tax on CPUs by five times – Google found in testing that running Chrome 87 compared to the previous versions of the browser can improve battery life by up to an hour and a quarter.

If you’re reliant on Chrome when on the move, that’s sure to be music to your ears. Getting an extra 75 minutes of life out of your laptop by doing nothing more than updating a single app is incredible. Usually to get those kind of battery life gains you’d expect to have to start dimming your screen brightness, switching Wi-Fi off whenever it’s not in use, and closing all apps running in the background on your laptop. It’s a serious improvement – and also illustrates how bad Chrome has got in the last few years.

The new Chrome also requires less power and memory to run, compared with past versions. All that means Google says the updated Chrome will start up to 25 percent faster, while pages should load around seven percent quicker – without any other improvements to your machine.

All of this amounts to the largest performance boost in years, Google says. Between Chrome 87 and the upcoming Chrome 88, all of these upgrades will roll out to customers soon. So, if you update to Chrome 87 and everything isn’t quite as slick as the numbers promised by Google above – it might take until Chrome 88 to really nimble-up on your hardware.

On Android, there are even more performance boosts for Chrome users. Google says pages will load “near instantaneously” as you move forward and backwards between webpages that you’ve already loaded once. This is because Google will use the cache on the device so that it doesn’t have to load everything anew each time. The company says this dramatically-improved forward and backwards load times will be gradually rolling out now as part of Chrome 87 on Android.

As always, these updates are staggered, so don’t be miffed if you don’t immediately see the new version ready and waiting for you on your desktop, laptop, or smartphone quite yet.

Related posts:
Kanye West's "All Of The Lights" Reaches Quintuple Platinum
Former Casey mayor admits to conflicts of interest in dealings with developer
Popular News
The 45+ Best Black Friday Deals Hiding on Target’s Virtual Shelves — All Under $375
26/11/2020
Man Utd wonderkid Ramon Calliste, called ‘the next Giggs’, now owns luxury watch business and makes £5m a year – The Sun
26/03/2020
Megan Thee Stallion Addresses Criticism Over Twerking: ‘I Love to Shake My A**’
26/03/2020
Police guard shops to stop coronavirus panic-buyers and enforce social distancing – The Sun
26/03/2020
Coronavirus: Good Morning Britain’s Dr Hilary reveals ‘game-changing’ self-testing kit
26/03/2020
Recent Posts
This website uses cookies to improve your user experience and to provide you with advertisements that are relevant to your interests. By continuing to browse the site you are agreeing to our use of cookies.Ok