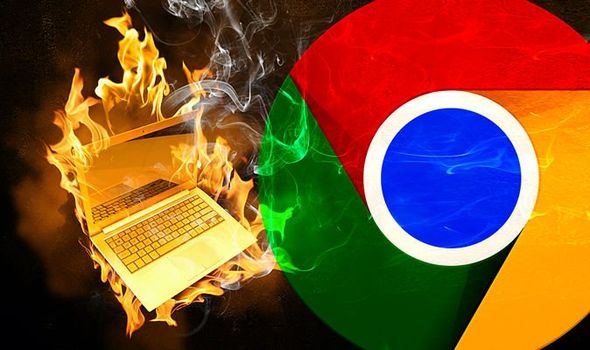 Google is taking some radical steps to boost battery life and performance on your laptop. Chrome is not particularly kind to either of these metrics – leading people to blame their laptop or operating system for sluggish performance often caused by the world’s most popular web browser, which is used by roughly 65 percent of all desktop surfers.

To try to rectify its reputation as a battery life and performance hog, Google plans to severely restrict the resources that advertisements are able to sap from your Windows 10 or macOS machine. According to a blog written by Chrome Product Manager Marshall Vale, the browser will now limit the resources which can be used by any ad that you haven’t interacted with.

Google is making the assumption that if you haven’t tried to interact with the advertisement, it’s probably not of interest to you – and therefore, it shouldn’t be the reason your laptop fans are wheezing and your battery life is in the red. And if you’re using a device with 4G or 5G capabilities, these unwanted adverts could even cost you money by loading resource-intensive graphics. Of course, as you try to trigger the display advertisement – either by playing a video, hovering over an interactive portion of the advert, or anything else – Google will handover all the resources it needs to display properly.

READ MORE
Google Chrome will soon know when you’ve been hacked, and how to fix it

According to Marshall Vale, “We have recently discovered that a fraction of a percent of ads consume a disproportionate share of device resources, such as battery and network data, without the user knowing about it. “These ads (such as those that mine cryptocurrency, are poorly programmed, or are unoptimised for network usage) can drain battery life, saturate already strained networks, and cost money.”

To begin with, Google has its sights set on “the most egregious ads”. It categorises these as adverts which use 4MB of network data or take 15 seconds of CPU usage in any 30-second period – in other words, half of your PC or Mac’s resources are being thrown into loading the adverts, instead of the content you’re actually searching for online.

According to the Chrome team around 0.3 percent of all ads online meet this threshold. So while it might not be impacting huge numbers, those who do run into one of these egregious adverts will be severely impacted. Google says these adverts account for over a quarter of network data used by ads and 28 percent of all ad CPU usage. That’s a huge portion.

The feature is still in development, with Google suggesting that it will be rolled out to Chrome browser users worldwide sometime in the autumn. However, if you’re keen to clamp down on the amount of mobile data or CPU power sapped away by your Chrome browser – you can test out the feature right now.

You can activate this feature right now in Chrome by typing chrome://flags/#enable-heavy-ad-intervention into the address bar and hitting Enter. This will load a slew of experimental settings to test out. Of course, since Google doesn’t deem the feature ready to roll out to the millions and millions of Chrome users worldwide – don’t expect it to be perfect right now.

If you’d like to take a first look at the feature, find the menu item entitled Heavy Ad Intervention. Click the box to the right where it should be set to Default. Change this using the dropdown to Enabled. And then you’re off!