HARRY KANE was left with a familiar feeling of deja vu after being upstaged by a couple of superstar strikers.

Cristiano Ronaldo and Edinson Cavani might have a combined age of 70 but they still had enough in the locker to show the struggling England captain how it should be done. 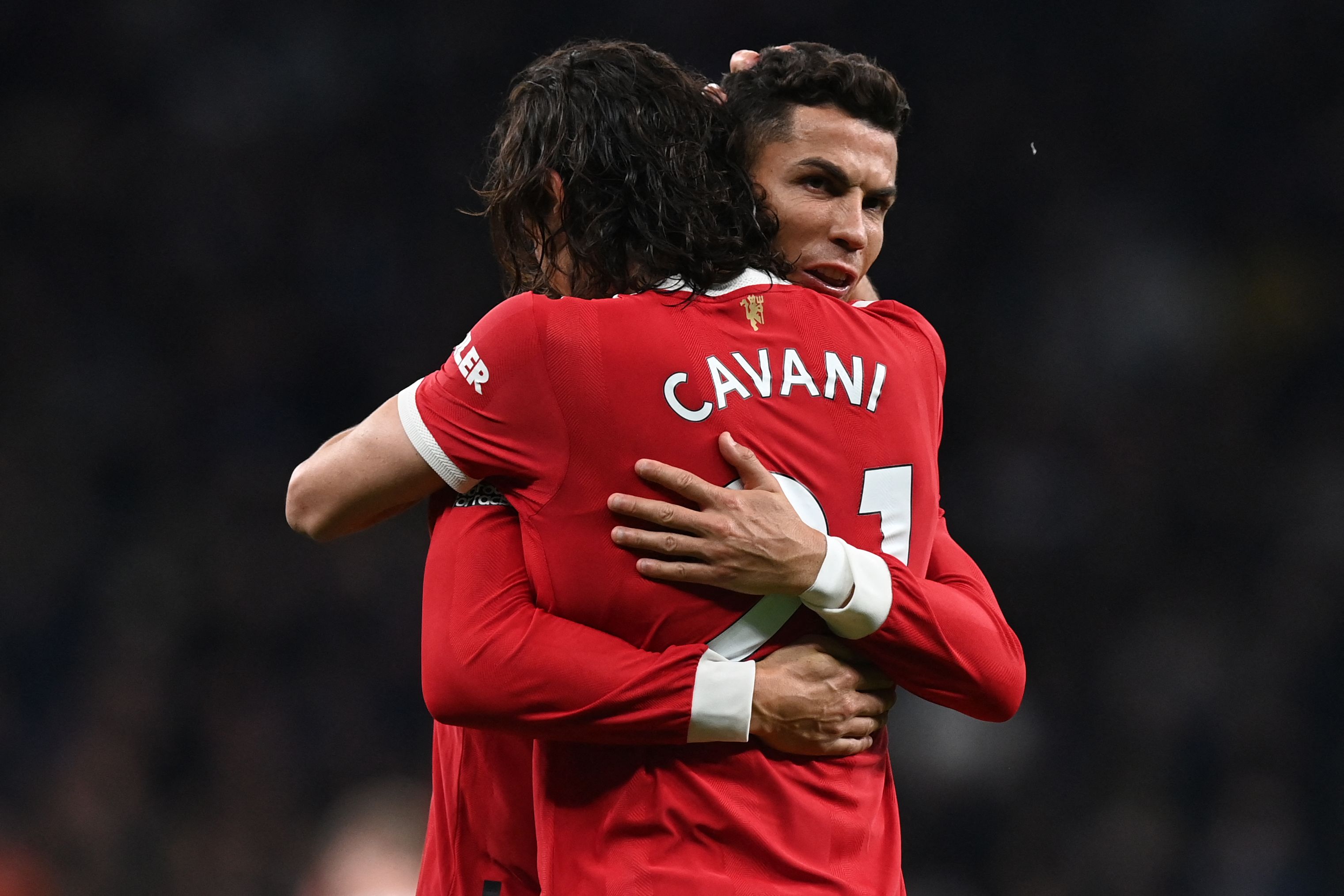 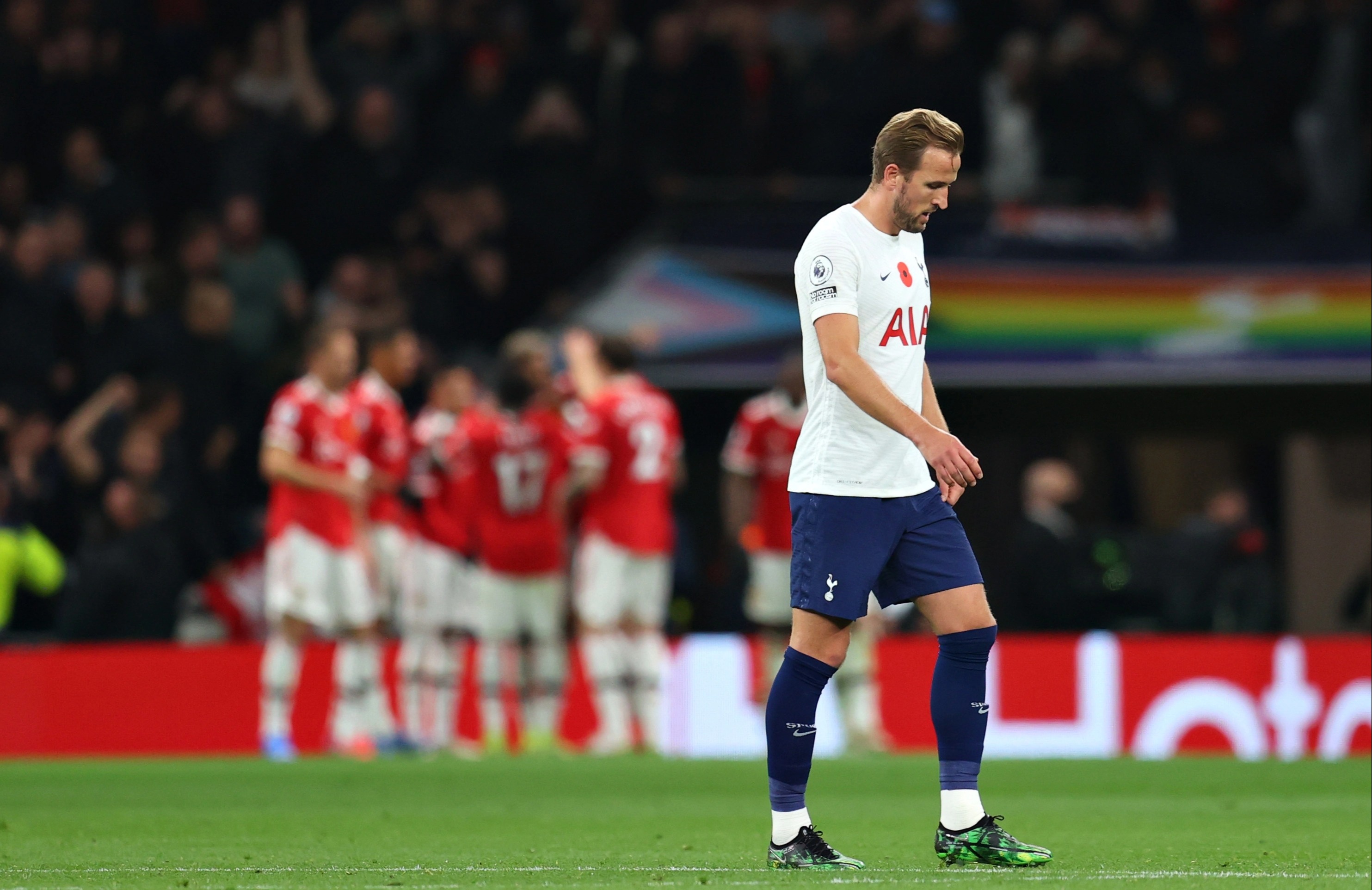 And you have to wonder just how much more of this Kane can take after another 90 minutes of utter frustration.

No goals, no shots and barely any touches in the United penalty area.

He even had to suffer the ignominy of being booed by his own supporters when he had a late chance to shoot but lamely crossed to the nearest defender instead.

Spurs were already down and out by then, buried by the predatory skills of United’s veteran finishers.

And how Kane must have envied the silver service which the visitors were able to dish up to Ronaldo, Cavani and substitute Marcus Rashford.

To say that Kane is out of form is not strictly true considering that he has already scored ten goals for club and country this season.

But half of them have come against Europa Conference League duffers and only one was in the Premier League during the recent 3-2 win at Newcastle.

So he must have been relishing the opportunity to boost that tally against a United defence which had shipped 11 goals in their last three games alone.

Yet once again he found himself feeding on scraps and pretty much isolated up front for long periods of the game.

His cause was hardly helped by United’s change of formation which left him battling it out with three central defenders including his England team-mate Harry Maguire.

As a consequence, he dropped deeper and deeper in search of the ball. But that just meant he was posing even less of a threat to keeper David De Gea.

Pretty much the only time that Ronaldo and Cavani ever dropped into their own half was for the kick-offs. 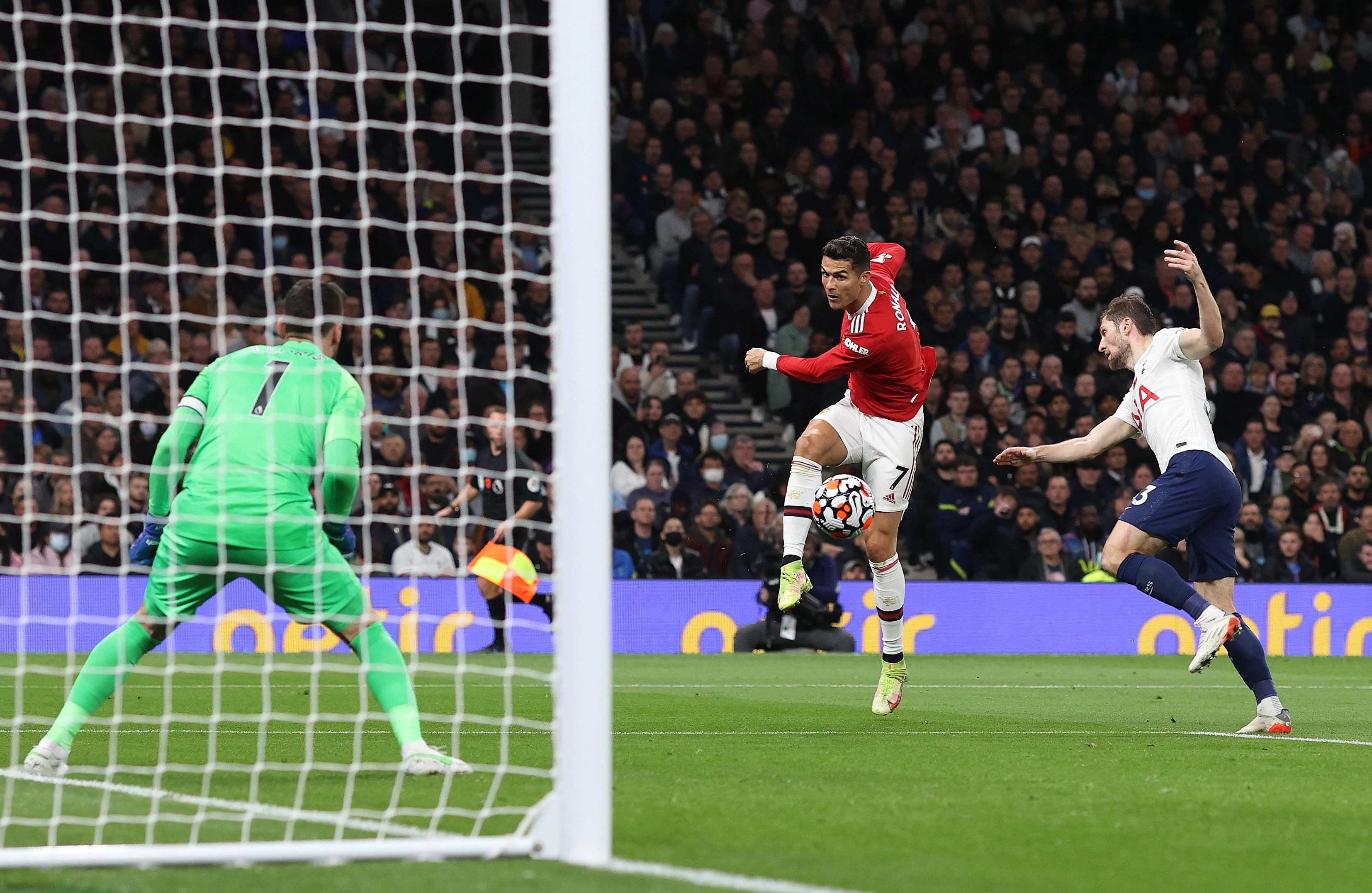 But Kane regularly found himself playing just in front of holding midfielders Pierre-Emile Hjobjerg and Oliver Skipp as he searched for a way to get on the ball.

It was from just such a position that he threaded a delicious pass through the United back line to send Heung-Min Son haring in on goal.

But Aaron Wan-Bissaka was able to sprint back to block and Son was marginally offside anyway.

The visitors probably couldn’t believe their luck to find themselves up against a team showing so little ambition or adventure.

Only Norwich and Leeds have scored fewer Premier League goals than Spurs this season and Nuno’s only answer appears to be to bore the opposition to sleep.

The supporters certainly aren’t having the former Wolves boss who is already testing their patience to the limit after just four months in the job. 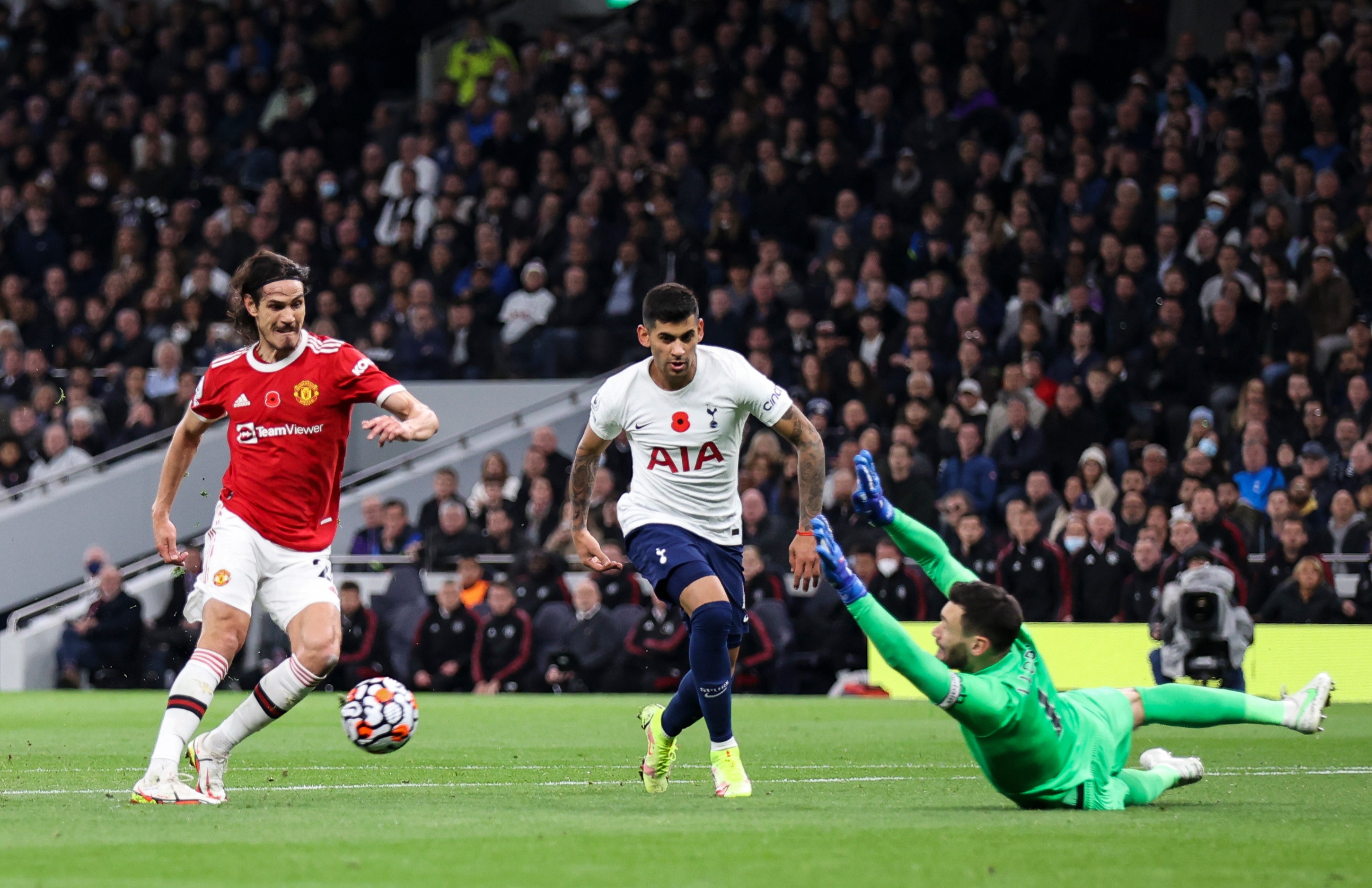 The final straw for many came when Lucas Moura was replaced by Steven Bergwijn to a cacophony of boos and furious chants of: “You don’t know what you’re doing,” echoing around the stadium.

What makes it all the more painful for the fans to swallow is the memory of the thrilling, swashbuckling football which their team had played not so very long ago under Mauricio Pochettino.

No wonder Kane was so keen to join Manchester City in the summer before Daniel Levy priced him out of the market.

Because the way things are going at the moment he will do well to secure a top-half finish this season.

By the end of the evening, he almost looked as though he had given up. And to be honest it would be hard to blame him.