Home » Lifestyle » ‘Ginny & Georgia’ Trailer: This New Netflix Show Will Be Your Next TV Obsession — Watch

‘Ginny & Georgia’ Trailer: This New Netflix Show Will Be Your Next TV Obsession — Watch

Netflix just keeps on blessing us with amazing new shows. The first trailer for the streaming service’s new series ‘Ginny & Georgia’ has just been released, and it feels like an edgier ‘Gilmore Girls.’

Everyone loves a good coming-of-age story, and that’s exactly what Ginny & Georgia is all about. The new Netflix series, premiering Feb. 24, follows angsty and awkward 15-year-old Ginny Miller (Antonia Gentry) who feels like she doesn’t measure up to her irresistible and charming 30-year-old mother Georgia Miller (Brianne Howey). When Georgia moves Ginny and her brother, Austin (Diesel La Torraca), to a small town in Massachusetts, Ginny finally gets a taste of normal life after moving around from place to place.

“We’re like the Gilmore Girls but with bigger boobs,” Georgia tells her daughter. Georgia’s not afraid to speak her mind. As Georgia and Ginny settle down, Ginny finds friends and a boyfriend. But things don’t stay drama-free for long. “My mom deals with her problems by ignoring them,” Ginny admits. 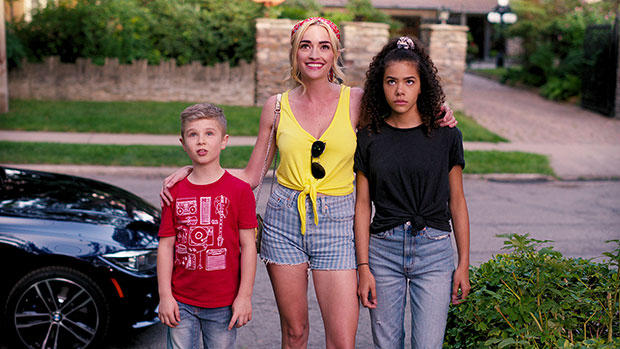 There’s also plenty of romance in the new Netflix series. “The only man I’ve ever seen her love is my dad, and that never ends well,” Ginny says. Ginny also seems to have a connection to her neighbor Marcus (Felix Mallard). We know a longing glance in the hallway when we see one! 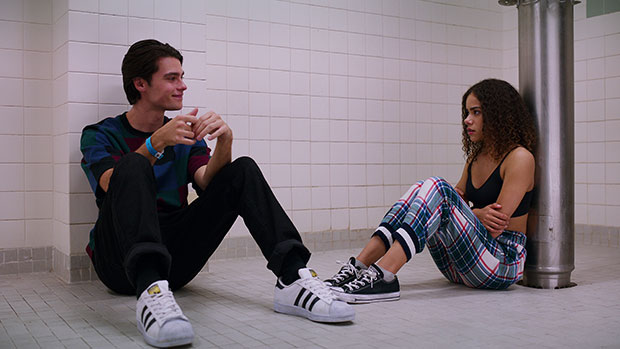 Georgia can’t keep all of her secrets buried for long. One man even says Georgia is “dangerous.” Ginny screams that she’s “sick of the lies” and wants “answers.” At one point, Ginny doesn’t even feel like she knows her mother at all. But at the end of the day, everything Georgia does is to protect her kids. “It’s me and you against the world, kid. Remember that,” Georgia tells Ginny.

“We wanted Ginny & Georgia to be a fun, feel-good ride about women, by women, for everyone; one that depicted a nuanced and complicated mother-daughter relationship, and layered female friendships in a way that isn’t always seen in shows,” showrunner and EP Debra J. Fisher said in a statement. The series also stars Jennifer Robertson as Ellen, Sara Waisglass as Maxine, Scott Porter as Mayor Paul Randolph, and Raymond Ablack as Joe.