Samsung Galaxy S10 users were warned last month that trade-in prices could take a tumble and now it seems that revelation has become a reality. Back in February, those who wanted to ditch this 2019 handset could get around £350 for it on certain trade-in sites.

That price quickly dropped to around £295 at the beginning of March but things have taken another turn for the worst.

Of course, the biggest reason for this rapid decline is the recent launch of the Galaxy S20 which now supersedes the S10.

Recent research from musicMagpie revealed that old Android devices – in particular, Samsung handsets – can lose up to 35% of their value following a new release. 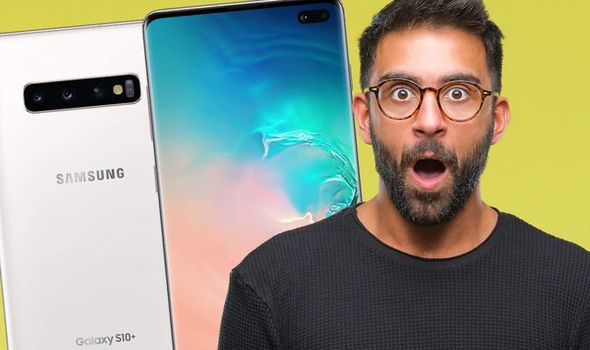 Explaining more Liam Howley, Chief Marketing Officer at musicMagpie, said: “With the new Samsung launching, lots of people are planning to upgrade. From our data, it’s clear that those people should sell their old phone now rather than wait around.

Although this is clearly bad news if you were hoping to cash in your old S10 there is some good news for those planning to hold onto this 2019 smartphone.

Samsung has just released a major update to these devices which brings new features currently only found on the Galaxy S20.

The changes, which are also coming to the Galaxy Note 10, include Samsung’s new Single Take mode, improved night photography for tough low-light conditions, and improvements to video capture via the Pro Video setting.

In a post on its website, Samsung said: “Samsung Electronics announced it will bring new, innovative features found on its flagship Galaxy S20 series to the Galaxy S10 and Galaxy Note10 series through an upcoming software update starting from March.

“Users will be able to capture content with the latest Galaxy camera software technology, including Single Take mode. Additionally, users will have access to a variety of software enhancements that make the entire Galaxy experience even more enjoyable.”

You can find out full details about Samsung’s latest Galaxy S10 update, which should arrive in the UK soon, here.