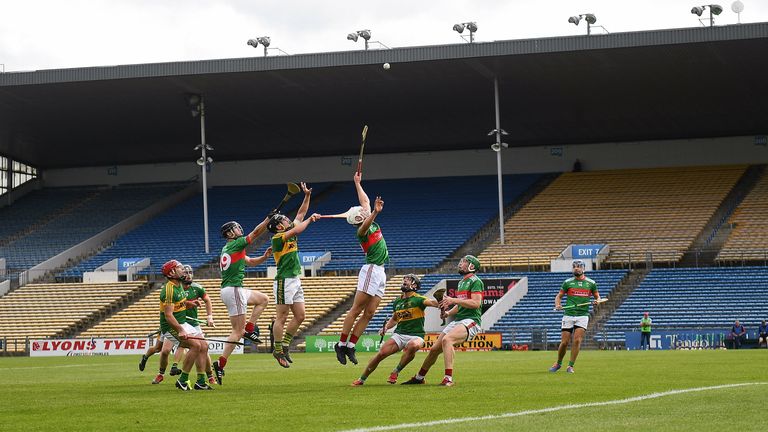 Ireland’s three major sporting bodies, the GAA, FAI and IRFU have announced they are making a joint submission to the Government with a view to re-introducing fans at matches.

The Irish Government moved all sports in the country behind closed doors on August 18, in a bid to stem the spread of coronavirus. That stance is set to be reviewed next week.

Ahead of the decision, the three associations released simultaneous statements on Friday evening, announcing they are working together as they approach the Government on the issue.

“The FAI, GAA and IRFU met today to discuss a collaborative approach to the development of a submission to Government on a roadmap for the safe return of supporters to stadia,” read the joint-statement.

Related posts:
Crush Walls 2020 takes over RiNo with ample pandemic precautions
Away’s Backpack with a 9,000-Person Waitlist Is Now 50% Off
Popular News
This easy recipe will have you whipping up pumpkin spice lattes at home this autumn
18/09/2020
Man Utd wonderkid Ramon Calliste, called ‘the next Giggs’, now owns luxury watch business and makes £5m a year – The Sun
26/03/2020
Megan Thee Stallion Addresses Criticism Over Twerking: ‘I Love to Shake My A**’
26/03/2020
Police guard shops to stop coronavirus panic-buyers and enforce social distancing – The Sun
26/03/2020
Coronavirus: Good Morning Britain’s Dr Hilary reveals ‘game-changing’ self-testing kit
26/03/2020
Recent Posts
This website uses cookies to improve your user experience and to provide you with advertisements that are relevant to your interests. By continuing to browse the site you are agreeing to our use of cookies.Ok