With a tentacle in every continent, Squid Game has gripped the world.

More than 140 million people have watched the South Korean series, among the most viewed Netflix shows of all time.

If you haven’t seen the dystopian gore, imagine a hybrid of Hunger Games and Willy Wonka, where Augustus Gloop gets peppered by AK-47s instead of being hoovered up the fudge pipe. 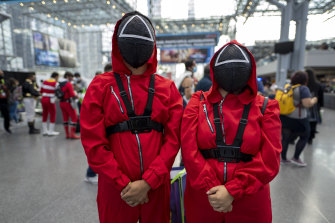 Though the squid is only part of the Korean wave, better known as hallyu. Our love for all things Korean now suffuses the Oxford English Dictionary, the editors admitting a staggering 25 Korean words in September’s intake.

K, the prefix, flags the mania, from K-pop to K-fashion, from K-cuisine to the whole K-shebang.

Parasite magnified the trend in 2019. Bong Joon-ho’s dramedy was the first non-English Oscar winner for Best Picture, but aegyo (winsome Korean charm) has been wooing us for a decade. Kimchi – literally submerged vegetables – began a ripple back in 1976 when the Oxford recorded the dish.

Before then, the dictionary had lodged other imports, from currency (won) to characters (the hangul script) to the art of belting people (tae kwon do or hapkido – together-energy-way). Then bulgogi (fire-beef) lobbed in the 1980s, followed by the fad of mukbang – a portmanteau of meongneun (eating) and bangsong (broadcast). If you reckon Squid Game is weird, try watching a live webisode of a Gwangju Goth in her condo scarfing ojingeo bokkeum.

Away from the table, skinship is another Korean blend, splicing that peninsula’s appetite for English into a label for any tactile intimacy between two people. Fighting – as interjection – is another unlikely import, a Seoul sort of ole (go for it!) derived from a generation of Mortal Kombatants. Mind you, I sense the Australian schoolyard has hollered a similar war-cry since Chips Rafferty was in knee-socks. 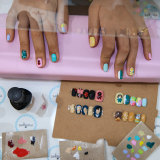 Huge as the hallyu has been, however, the Oxford has also slurped a Caribbean salmagundi, the other big flavour of September’s shipment. Lime, say, means to idle, an offshoot of limey, the Trinidad slang for foreigners, especially the US soldiers who enjoyed a leisurely war during their posting of the 1940s.

Lime-time, therefore, is downtime, a symptom of tabanca, that other Trinidadian delight. Imagine a post-carnival malaise. Heavier than a hangover, tabanca is also the melancholy of missed romance, the ache for what has passed without being realised, your lime-time dyed by a deep blue funk.

Adding to the colour is “like peas”, the Jamaican creole first recorded in 1959, applying to anything rife. Korean words, say, are like peas in the revised English glossary, crowding this year’s plate.

Though the other OED headline has been the surprise of some backdated citations, namely drive-in (a beast driven to market long before it was a cinematic place for skinship), and bath-bomb, an Illinois vogue from 1925, rather than the more recent self-gift idea of Body Shop catalogues. 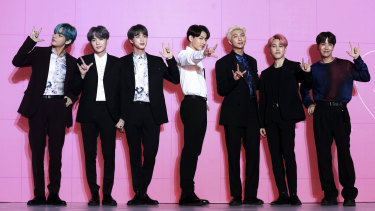 K-Pop band BTS debuted at number one on the US music charts in April 2019, the first Korean band to do so.Credit:AP

Yet the deepest shock surrounds anti-vaxxer. As modern as the mindset seems, Edward Jenner knew of such opponents in 1812. Writing to a friend, the father of the smallpox vaccine used the term “the Anti-Vacks” to tag the day’s sceptics. A press cartoon from 1808, sketched by Isaac Cruikshank, shows a gang of “Mercenary and Merciless Spreaders of Death and Destruction” decrying the science.

Covered in spots, the dead and dying strew the scene. Suckling mothers wail. Yet the Anti-Vacks brigade strides ahead, jaws set, tricornes erect, waving swords labelled “the Curse of Human Kindness”. The horror is almost enough to make you watch the relative sanity of a bunch of dwindling Koreans playing tiggy to stay alive.