Hollywood filmmaker and podcaster Kevin Smith becomes one of the first people to release a full film as an NFT.

"Killroy Was Here" director Kevin Smith has become one of the first people to release a full film as an NFT (non-fungible token).

The upcoming comedy-horror anthology, also written by Smith and Andrew McElfresh, will be available at auction with the buyer then having the rights to showcase, distribute and stream the movie.

"I've always tried to think outside the box and distribute my own movies," Smith, 50, told Liz Claman on Fox Business' "The Claman Countdown."

Smith says his friend and executive producer David Shapiro started talking to him about the idea.

"What if we sold a 'Killroy' NFT – this one-of-a-kind, special NFT – that you buy in the crypto-verse but in the real world it comes with a bonus.. what if the real world bonus was distribution rights to ‘Killroy Was Here,'" Smith reasoned. "This movie we made with under a $1 million-dollar budget." 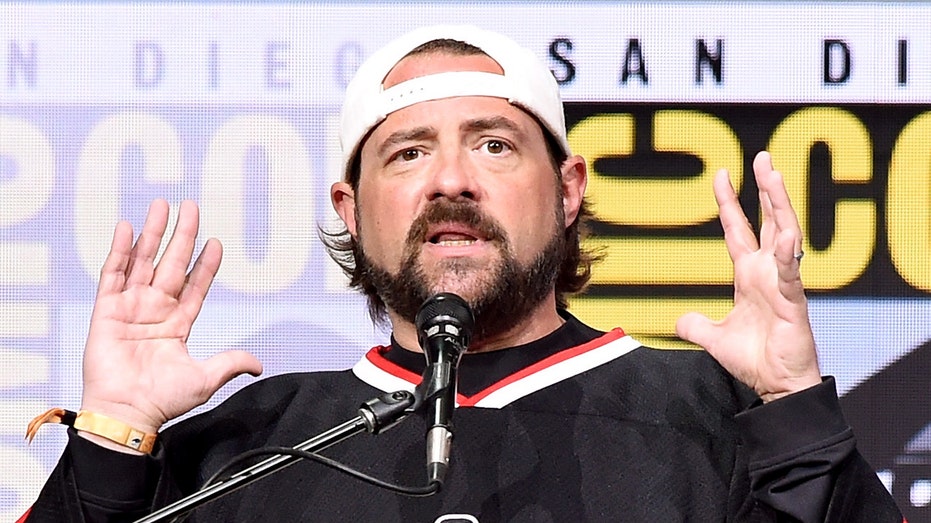 Hollywood filmmaker and podcaster Kevin Smith becomes one of the first people to release a full film as an NFT. (Kevin Winter/Getty Images)

Smith added, "We felt this would be an exciting way to bring attention to the movie."

The "Clerks" writer/producer/director continued, "You now have an asset you can monetize and that means you get to figure out who to sell it to, to distribute it to… you can instantly become part of the movie business."

WANT TO BUY AN NFT? HERE'S WHAT TO KNOW

Smith said he'll be with the buyer every step of the way and even do promotion for "Killroy" as part of the deal because "instead of me selling [the movie] to a studio, I'm selling it to an individual."

The "Jay and Silent Bob" star also clarified that as part of the NFT the owner cannot hold on to the movie and will have to distribute it for others to enjoy.

"Sometimes you just want to try something new and within two years they're going to be able to pack movies into an NFT," Smith explained about why he made this decision. "Hollywood is coming. They smell money; they smell opportunity."