RACING fans were left dumbstruck at a four-day ban handed to two jockeys after a post-race row.

A bust-up between Page Fuller and Lorcan Williams was caught on camera after the contional jockeys handicap hurdle at Newbury on Friday. 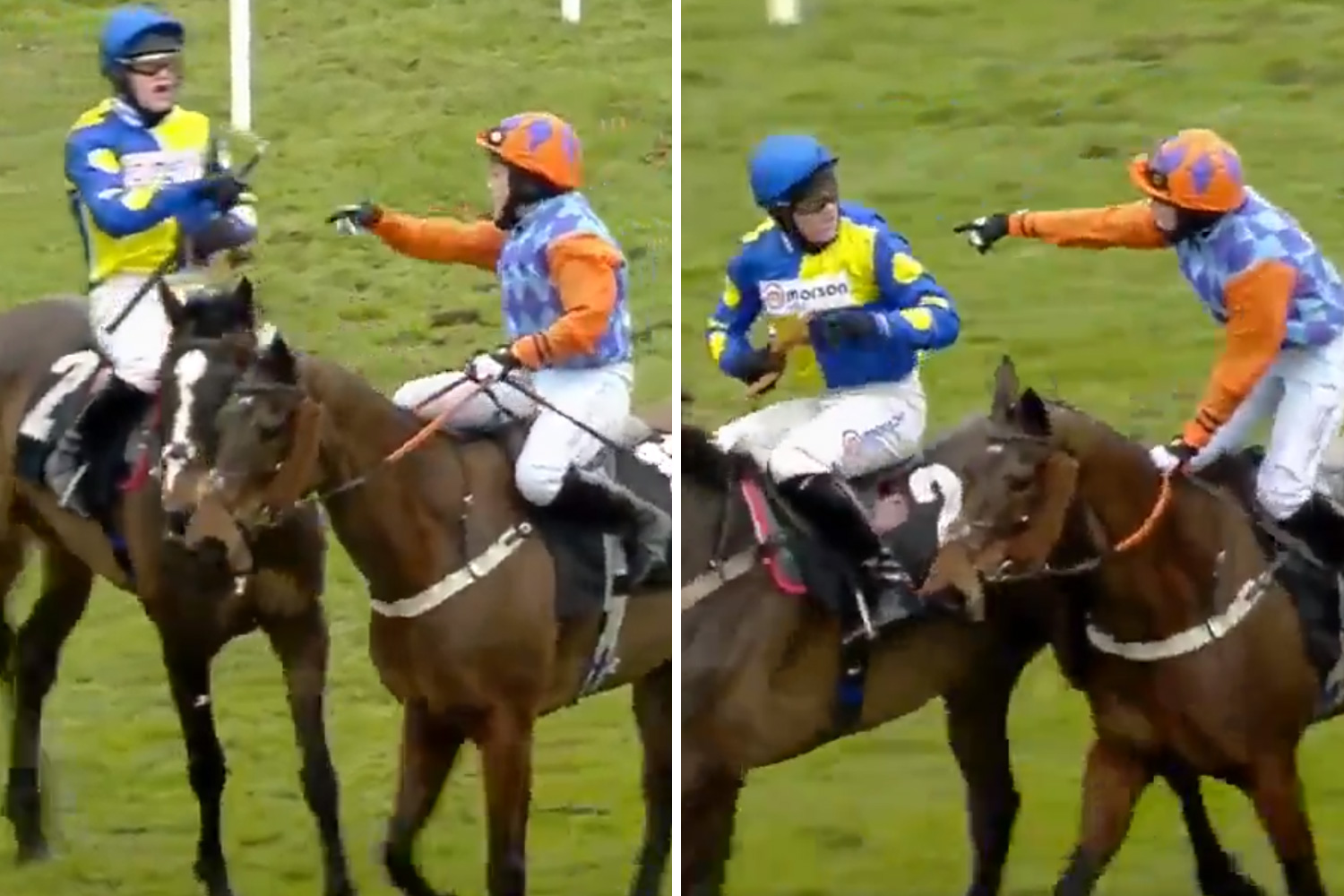 Fuller won the race on the Andy Irvine-trained 11-1 shot Our Dot's Baby.

Betfair: Bet £10 on the first race at Doncaster Saturday, get £60 in free bets – CLAIM HERE

Paddy Power: New Customer Offer. Place a £5 single racing bet, min odds 1/5 (1.2) and get £20 in free bets. You will also get an additional £5 in free bets for each day of the Cheltenham festival (£40 in total). Only deposits made using cards or Apple Pay will qualify for this promotion. Free bets will be awarded after the qualifying bet has been settled and are valid for 30 days. T&Cs apply. Paddy's Rewards Club: Get a £10 free bet when you place 5x bets of £10+. T&Cs apply. 18+ Begambleaware.org

On pulling up after the finishing line, Williams and Fuller became involved in a heated exchange.

Neither rider wished to comment on the matter, but Williams is believed to have been angered by a move made by Fuller on the home turn which led to his horse Confirmation Bias becoming slightly unbalanced.

The row lasted around 30 seconds but calmed down as the horses were led off the track. 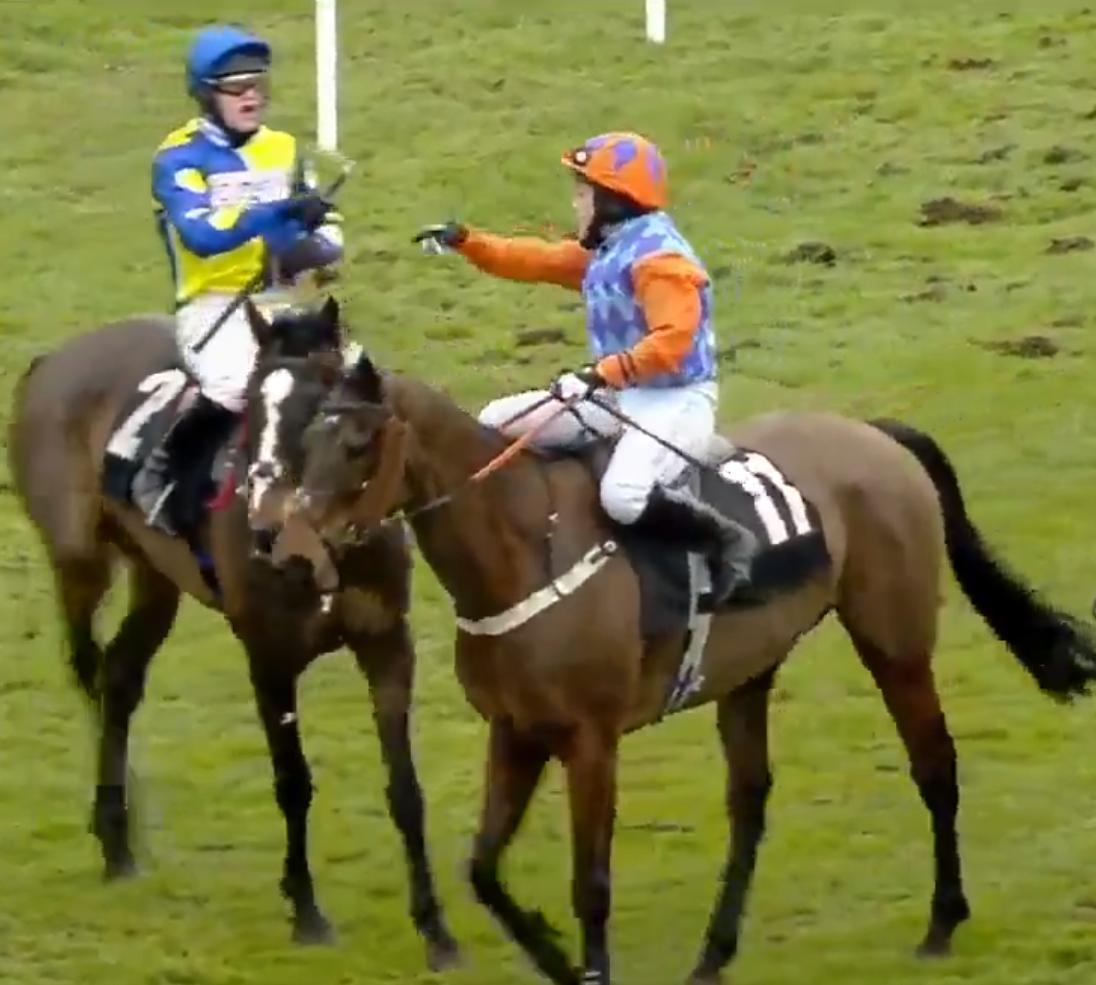 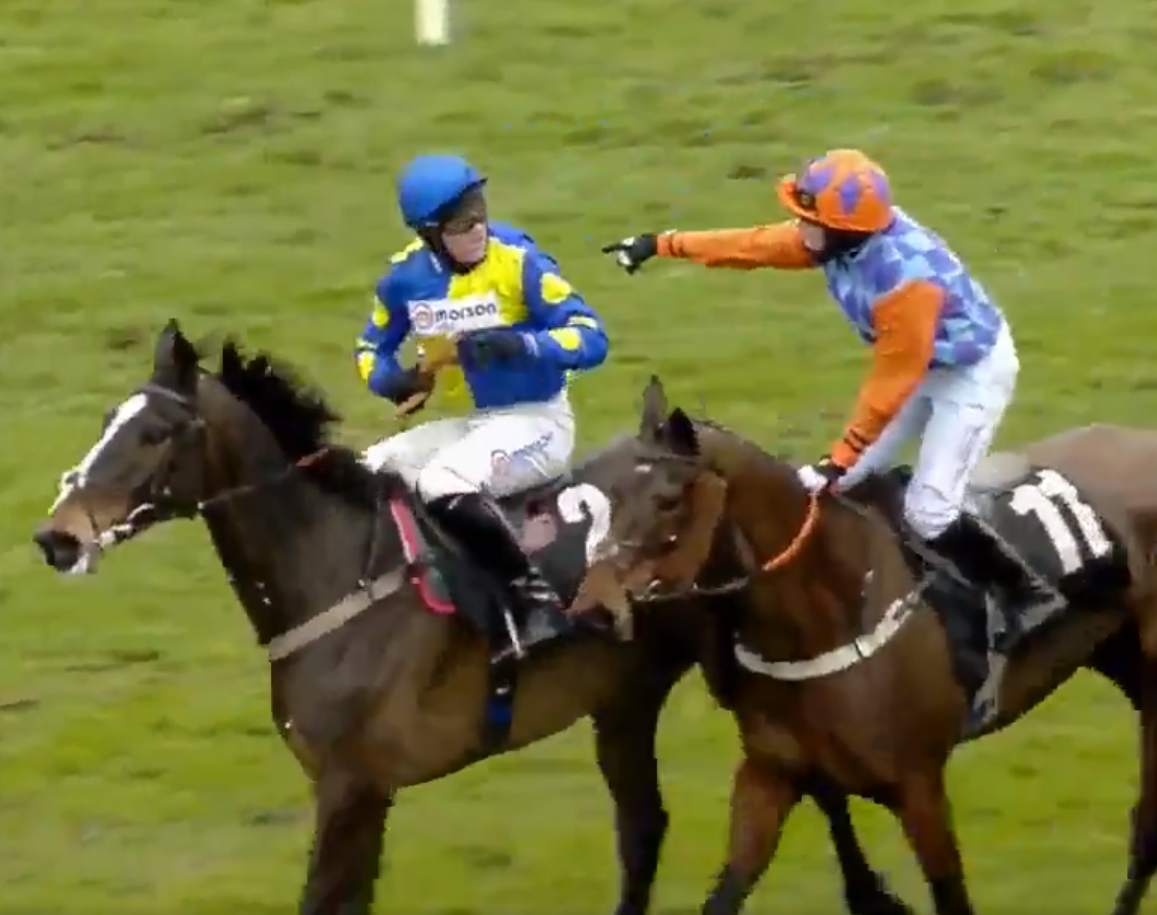 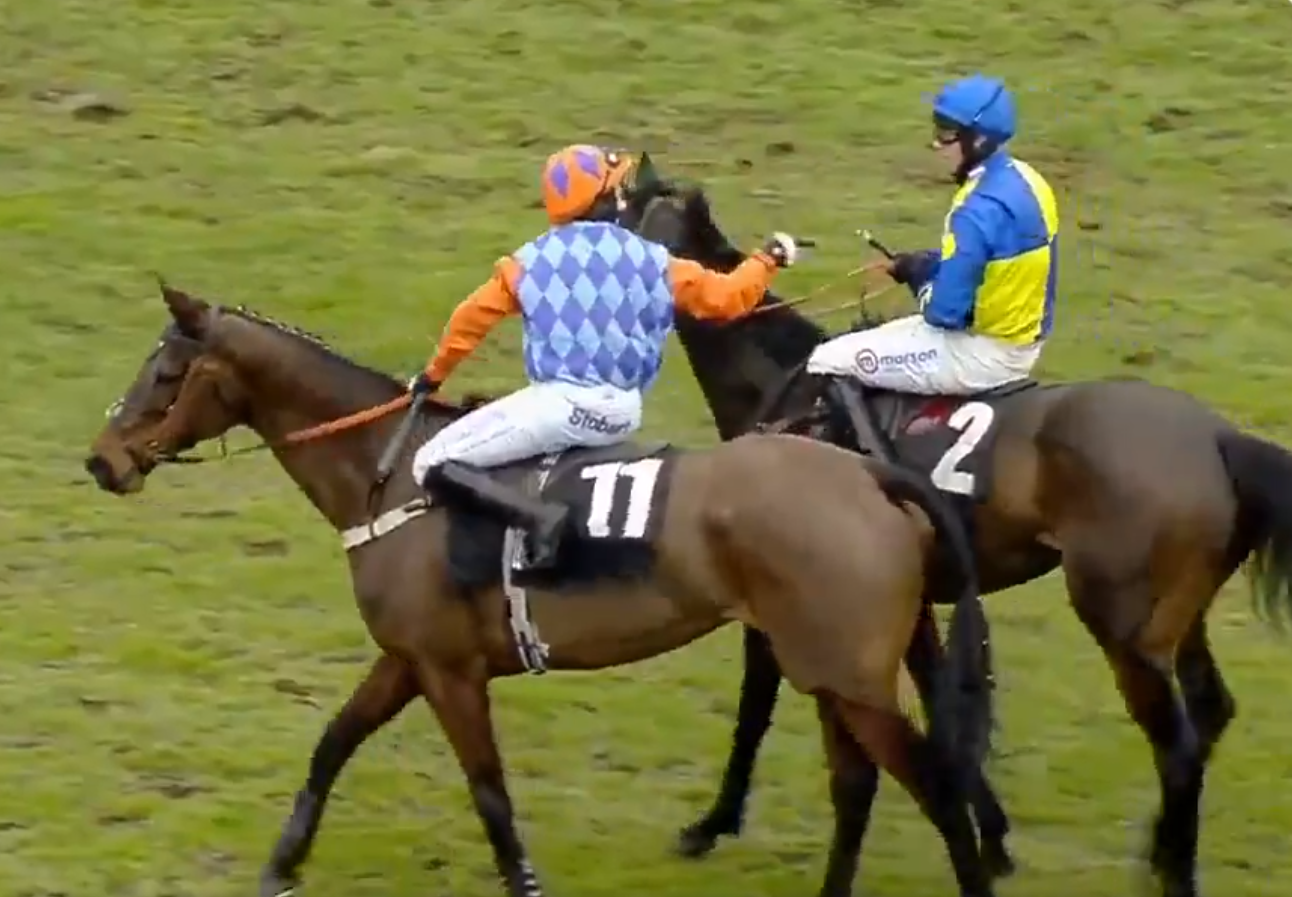 Racing fans found the post-race handbags amusing, but were later stunned to find out that the pair had been banned for FOUR days.

Racing broadcaster Cornelius Lysaght was among those to went his displeasure on Twitter.

He said:"Unless something else happened away from the cameras – no suggestion – the more I think about this the more outrageous a stewards’ decision it becomes. Football reporting friend said: “How tame is that?”

While a racing fan posted: "Four day ban? Is this an April Fools? Outrageous."

The Professional Jockeys Association confirmed on Friday night that they would be appealing the stewards' decision on behalf of Williams and Fuller.

They said in a Tweet: "The PJA will be lodging appeals on behalf of both Page Fuller and Lorcan Williams against the decision to find them in breach (of what we don’t know as the Stewards don’t say) and to suspend them for four days."

Given the competitive and dangerous nature of the sport, jockey bust ups are not uncommon.

Erluis Vaz was responsible for one of the most infamous scraps, when he was banned for 200 days for punching a rival DURING a race.