The nine individual fines ranging from $7,500 to $21,500 were proposed by the FAA after the passengers allegedly interfered "with flight attendants who instructed passengers to obey cabin crew instructions and various federal regulations," the FAA said in a statement Tuesday.

The passengers were accused of assaulting the flight crew and other passengers, drinking alcohol that was brought onboard the airplane and refusing to wear face masks, the FAA said.

In one reported case, an Alaska Airlines passenger even called 911 as the plane was about to depart from Seattle to Ketchikan, Alaska, on Jan. 23, saying that the aircraft was being hijacked, according to the FAA. 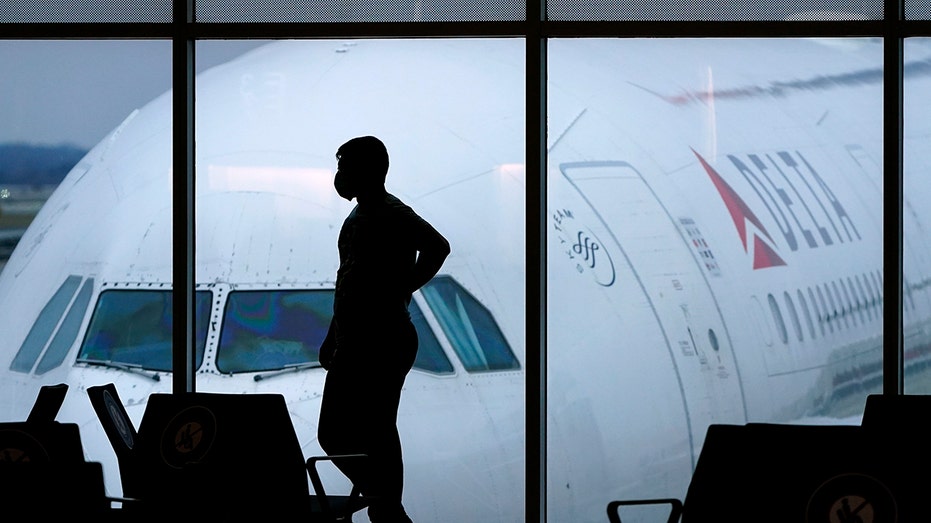 A passenger wears a face mask to help prevent against the spread of the coronavirus as he waits for a Delta Airlines flight at Hartsfield-Jackson International Airport in Atlanta. (AP Photo/Charlie Riedel, File)

During the call, the passenger allegedly told the 911 dispatcher that one of the flight attendants was being held up at knifepoint near the front of the plane and repeatedly asked the dispatcher to stop the flight, according to the FAA.

Then, "while at the cargo ramp, the passenger called the FBI and made mention of a bomb," forcing the aircraft to be taken out of service and screened for bombs, according to the FAA.

These behaviors are considered violations of federal regulations under the FAA's zero-tolerance policy. The policy was adopted in January after the agency saw a "disturbing increase in incidents where airline passengers have disrupted flights with threatening or violent behavior," the FAA said.

Since Jan 1, the FAA received 3,271 reports of unruly behavior, about 2,475 of which were reports of passengers refusing to wear masks.

To date, the agency has identified over 500 potential violations and "initiated enforcement action in 83 cases."

In total, the FAA has proposed more than $682,000 in fines against unruly passengers.