Here are your FOX Business Flash top headlines for April 8.

The Federal Aviation Administration (FAA) announced Friday that it has proposed the largest-ever fines against two passengers for alleged unruly behavior.

They are part of the approximately $2 million in fines it has proposed since Jan. 1, 2022.

The $81,950 fine involves a passenger on a July 7, 2021, American Airlines flight from Dallas-Fort Worth, Texas, to Charlotte, North Carolina.

The FAA alleges that the passenger threatened to hurt the flight attendant that offered help to the passenger after she fell into the aisle.

The passenger is said to have then pushed the flight attendant aside and made an attempt to open the cabin door.

Two flight attendants tried to restrain the passenger, as she repeatedly hit one of them on the head.

After the passenger was restrained in flex cuffs, she continued to spit at, headbutt, bite and kick the crew and other passengers.

Law enforcement apprehended her upon landing in Charlotte.

Video shows the woman screaming as passengers exited the flight.

The FAA alleges the passenger attempted to hug and kiss the passenger seated next to her, walked to the front of the aircraft to try to exit during the flight, refused to return to her seat and bit another passenger multiple times.

That flight crew also had to physically restrain her.

The passengers have 30 days after receiving the FAA's letter to respond to the agency. The passengers will not be identified by the FAA.

"The FAA's Zero Tolerance policy against unruly passenger behavior and its public awareness campaign has decreased the rate of unruly incidents by nearly 60%. But as today’s announcement demonstrates, more work remains," the FAA said in a statement.

A Government Accountability Office (GAO) report last month found that the Transportation Security Administration (TSA) issued more than $640,000 in proposed fines to passengers who did not comply with mask mandates. 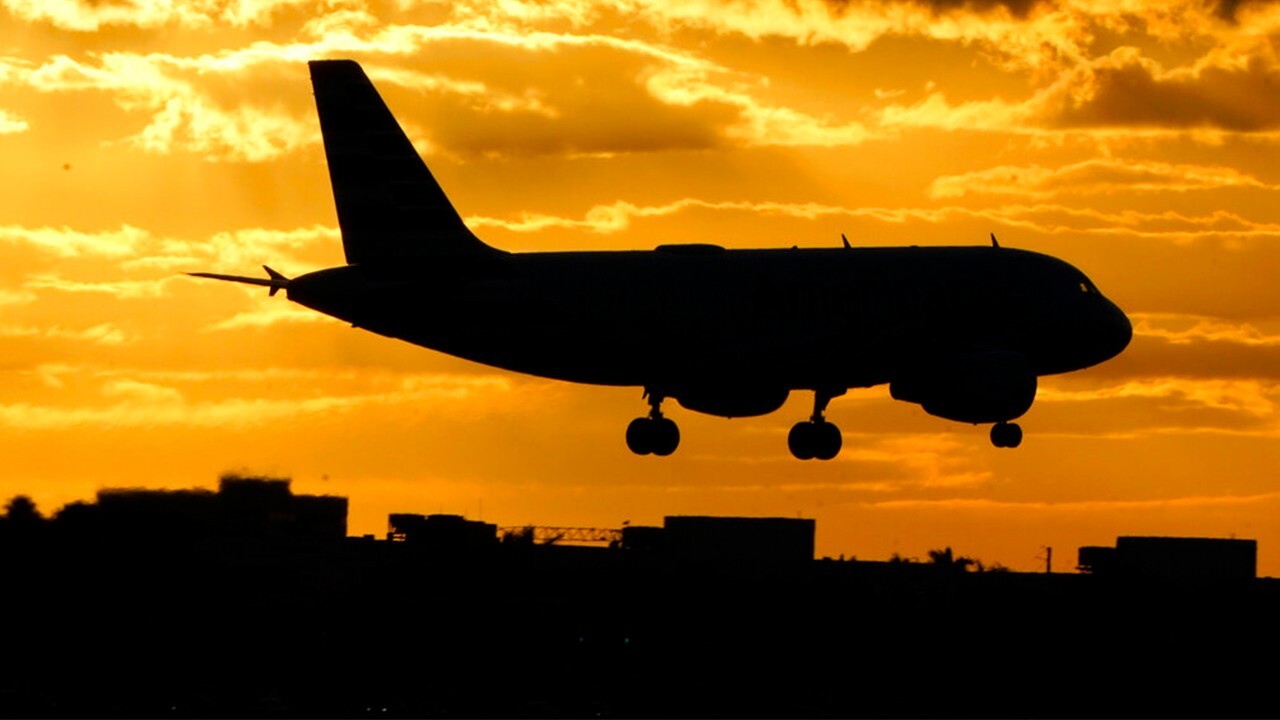 FOX Business’ Jeff Flock reports on the letter the CEOs sent to President Biden calling on him to end the federal mask mandate on public transportation.

For such misconduct that can threaten the safety of the flight by disrupting or distracting cabin crew from their safety duties, passengers are subject to civil penalties.

Federal law provides for criminal fines and imprisonment of passengers who interfere with the performance of a crew member’s duties by assaulting or intimidating that crew member.

"If you are on an airplane, don’t be a jerk and don’t endanger the flight crews and fellow passengers. If you do, you will be fined by the FAA," Transportation Secretary Pete Buttigieg told ABC's "The View."

Buttigieg also said the Biden administration's mask mandate on airplanes and public transport will either expire or be renewed on April 18.

"We all want to get to where there are fewer restrictions. We just need to get to a point where it is safe to do that," he said.

His comments come after a bipartisan group of lawmakers introduced legislation to put violent passengers on a commercial no-fly list.