Rioting has heightened in the state of Wisconsin after Kenosha resident Jacob Blake was shot by police and video of the incident went viral.

“Unfortunately, Democrats like Joe Biden and even Gov. Evers here in Wisconsin have seemed to at least leapfrog the entire process,” he said. “And in a way, I believe have almost… encouraged people to go forward with the rioting, which is… causing incredible damage and harm to the people who live in that very community.”

Gov. Tony Evers released a statement addressing the incident, claiming that Blake was shot several times in the back even though video evidence showing the moment he was shot is unavailable. 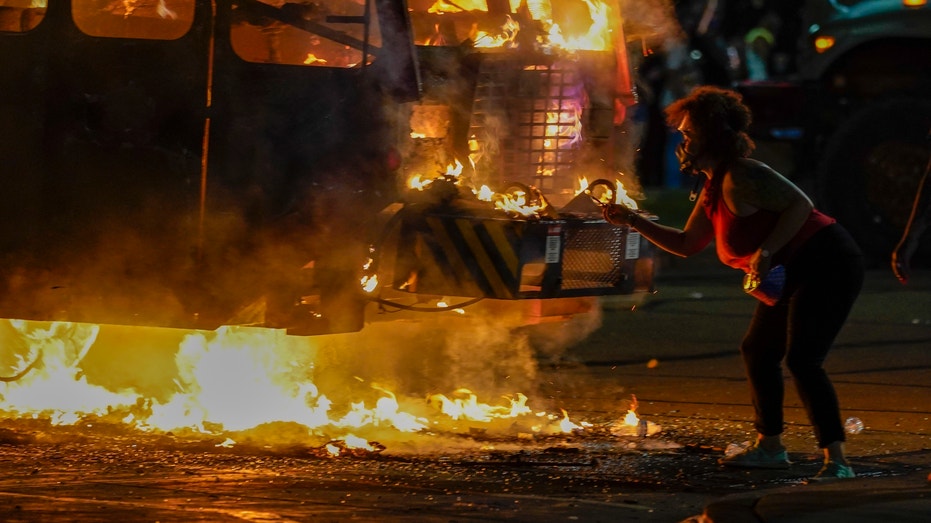 A protester lights a cigarette on a garbage truck that was set on fire during protests late Monday, Aug. 24, 2020, in Kenosha, Wis., sparked by the shooting of Jacob Blake by a Kenosha Police officer a day earlier. (AP Photo/Morry Gash)

Walker said the case will be taken into a private investigation where more details will be confirmed but the lines are a little more blurred than, for example, George Floyd’s case in Minneapolis.

“I don't know what's going to happen in this case,” he said. “What I do know is that leaders at the local, state and the federal level have to speak out about violence. The rioting does no good and only causes more harm, more danger.”

Walker ensured that making these changes is completely doable and used Sen. Tim Scott’s proposed bill as an example which he suggested “could have” passed the U.S. Senate.

“We need to do more things like that, but we cannot rush to just allow rioters to go forward,” he said. “And I think the governor here needs to bring out more members of National Guard, gain control. Let the investigation go forth independently and see where the facts take us.”

Gov. Evers has since called on the National Guard to control rioting.

Related posts:
Ben Shephard left puzzled by Tipping Point player’s major blunder ‘Is that even a place?’
Princess Cruises cancels voyages into 2021 due to coronavirus restrictions
Popular News
Man City transfer signing Ruben Dias' Wag is top pop star April Ivy who had a No1 hit in Portugal with Be Ok
28/09/2020
Man Utd wonderkid Ramon Calliste, called ‘the next Giggs’, now owns luxury watch business and makes £5m a year – The Sun
26/03/2020
Megan Thee Stallion Addresses Criticism Over Twerking: ‘I Love to Shake My A**’
26/03/2020
Police guard shops to stop coronavirus panic-buyers and enforce social distancing – The Sun
26/03/2020
Coronavirus: Good Morning Britain’s Dr Hilary reveals ‘game-changing’ self-testing kit
26/03/2020
Recent Posts
This website uses cookies to improve your user experience and to provide you with advertisements that are relevant to your interests. By continuing to browse the site you are agreeing to our use of cookies.Ok