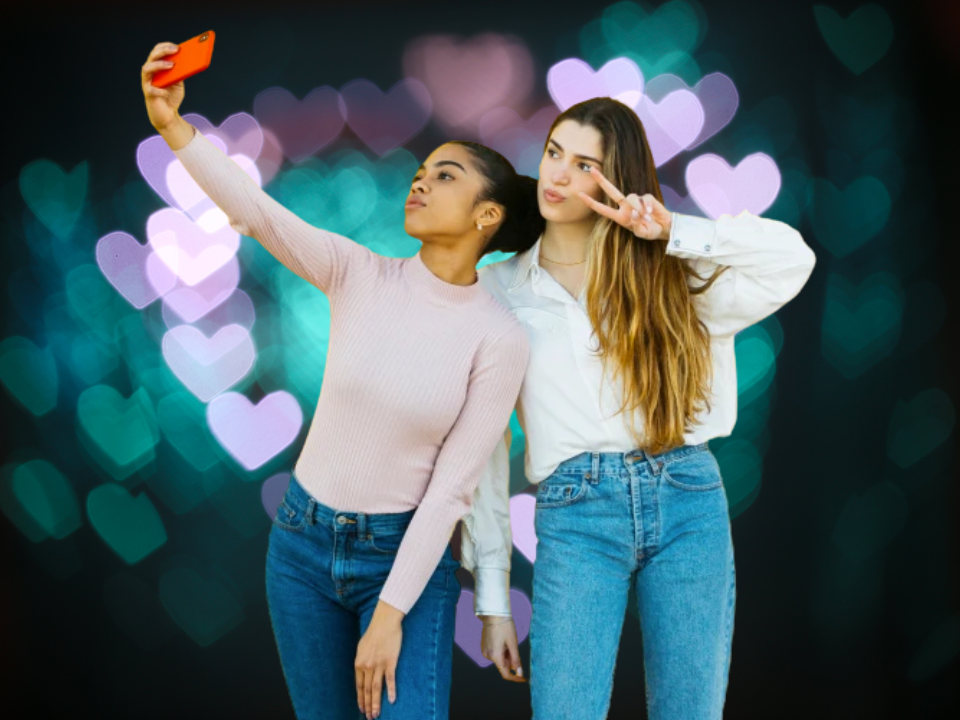 Curated social media feeds are over; 2022 is the year that ‘casual Instagram’ and BeReal took over.

The BeReal app, which is particularly popular among Gen Z, gives users a short time window each day to snap a picture of what they’re doing, with the idea being that it’ll promote a less homogenous way of posting.

And that same sentiment seems to have made its way to the dating world too, as a new trend has emerged: bae-realing.

The term, coined by Plenty of Fish, describes a sea change in how people are attracting partners as we enter 2023, moving away from carefully considered profiles to a more up-front style.

The dating website explains that bae-realing refers to ‘the rise of authentic and true-self dating profiles where singles share unfiltered pictures, honest commentary and play no games.’

According to the company, you might commit to the practice after getting tired of matches playing hard to get or stringing you along, exclaiming, ‘now on I’m bae-realing and if they don’t like it then they can move along.’

Exasperation with modern dating seems to be a catalyst for this shift in attitudes, after over a decade of app-based ghosting, breadcrumbing, benching, and all manner of fads that take the fun out of finding the one.

In a study, PoF found that although 69% of singles admitted to having used photo filters when online dating in the past, 74% now feel comfortable enough to post unfiltered pictures on their profile.

Given a whopping 87% also claimed they struggle to find time for romance, despite their best intentions to get out there, it makes sense people are keen to avoid wasting energy on anything but the real thing.

After spending months out of the game during the pandemic – when many rediscovered what they want out of life – why would you settle for anything less than total transparency?

To get in on bae-realing, you simply need to take the plunge. Have an audit of your social media and dating profiles, deleting photos that are flattering to the point of kittenfishing or posts that don’t represent who you really are.

Don’t try to be who you think potential matches might want, be yourself right from the get-go.

As relationships progress, steer clear of falling into the ‘cool girl’ trope – which means no trying to appear nonchalant by not asking for what you need. If you want to commit, for example, there’s nothing wrong with being upfront with your date, saving you both time and awkwardness if you’re not on the same page.

While you may be scared of opening yourself to criticism, remember that authenticity is actually preferred among UK singles.

Of those surveyed by PoF in 2019, over half claimed they wanted face filters to be banned on dating apps, with 30% saying they’d passed up on messaging someone in the past, solely based on their filtered profile picture.

Essentially, you may even be giving yourself an advantage by peeling back the layers of mystique.

Dr Cortney S. Warren, certified clinical psychologist and author, commented at the time: ‘The truth is, singles want more honest, authentic depictions of others and themselves on dating apps.

‘A more realistic portrayal of each individual will not only be refreshing, but also lead to more meaningful connections.’

If you’re not quite ready to reveal all though, you can still keep your mind open to dip your toe into bae-realing.

Aim to be more accepting of others sharing their authentic true selves, rather than judging them or overthinking yourself into getting the ick. If you don’t connect with them, that’s fine, just swipe left and move on – after all, the beauty of dating apps is that there’s plenty of choice.

Save the games for consoles and get rid of the smoke and mirrors clouding your dating experience. Who knows who might fall for the real, unfiltered you?

Rush Hour Crush – love (well, lust) is all around us

Tell us about your Rush Hour Crush by submitting them here, and you could see your message published on the site.