THE Tartan Army has secured an unofficial fanzone in the shadow of Wembley for our Euros showdown with England.

Some 800 supporters will pack in to London’s Crystal Club for a nine-hour bash on Friday.

It comes after city chiefs failed to offer travelling hordes a spot to gather.

Sadiq Khan tonight repeated his appeal for ticketless Scotland fans to stay away from London — amid fears up to 20,000 could travel south for the Auld Enemy blockbuster.

The Tartan Army have secured just 2,600 briefs for the Wembley clash, but supporters’ chiefs estimate eight times as many could flood the UK capital.

But the traditional party spot Trafalgar Square is off-limits as it’s being used as a fanzone for local NHS workers — and no other outdoor locations have been set up for the travelling hordes.

Mr Khan said: “It is absolutely fantastic that Scotland are playing in their first international tournament for 23 years — and I cannot wait for Friday’s match.

“Scottish fans are renowned around the world for bringing a party atmosphere with them to the big tournaments. 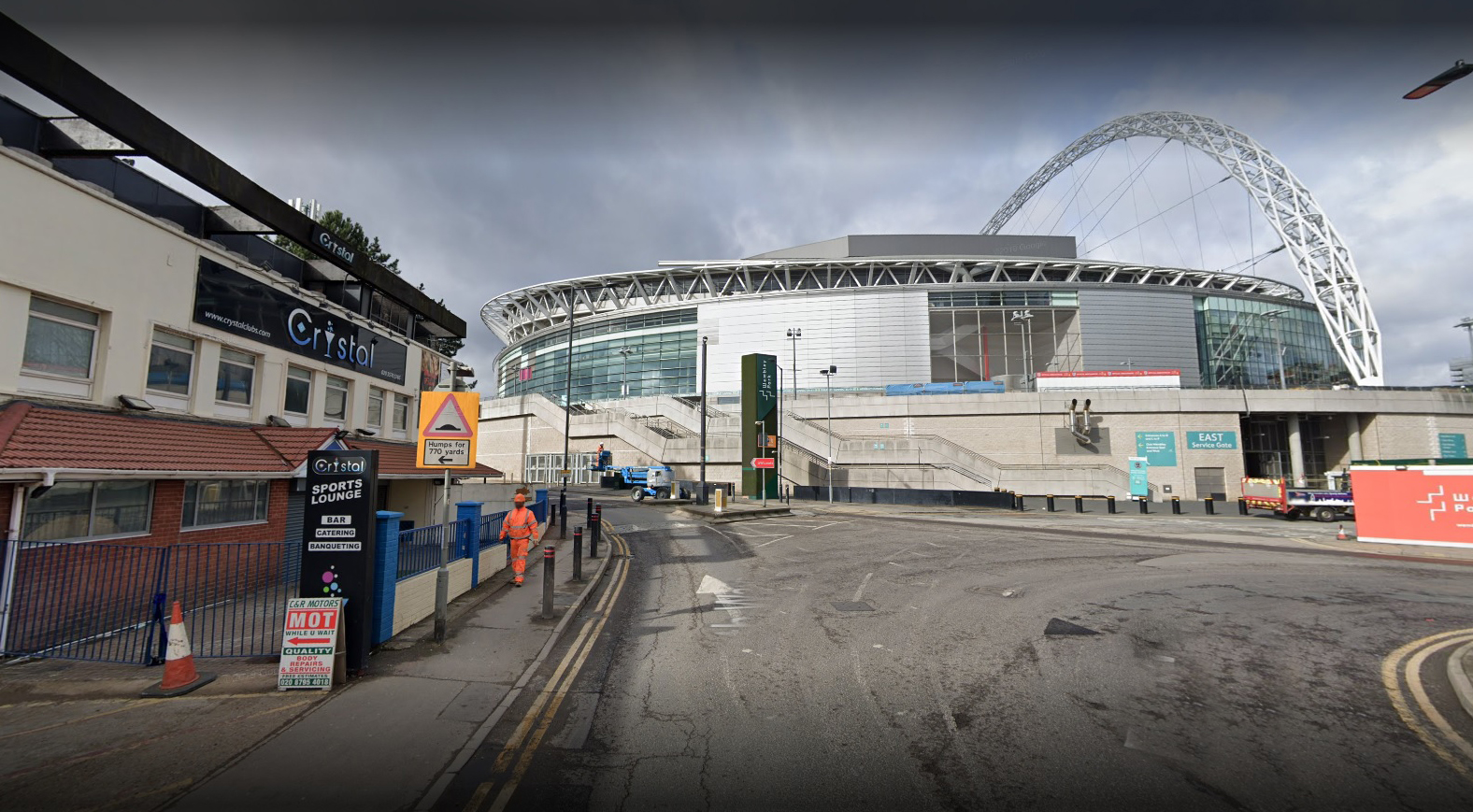 “But with Covid restrictions still in place on both sides of the border, the best thing for fans without tickets to the game or a safe place to watch is to enjoy the game from Scotland and not come to London.

“In an ideal world I would welcome the Tartan Army to London for this match with open arms.

“But with Covid cases increasing, and with so much at stake as we fight this awful virus, I’m afraid that it just cannot be this time.”

Backing the call, UK Sports Minister Nigel Huddleston added: “There is a real sense of excitement building for Friday’s game between Scotland and England. 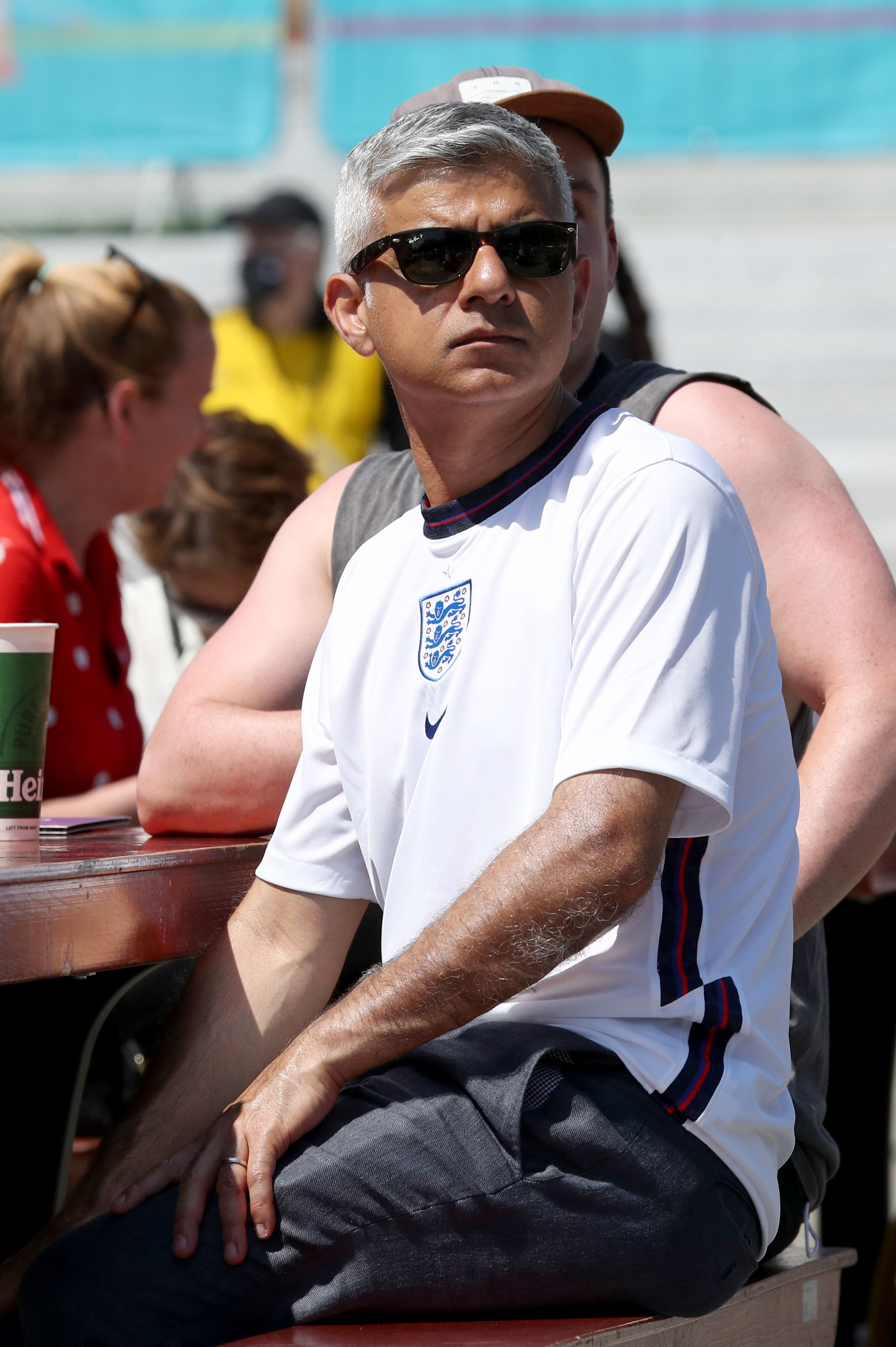 “It’s going to be a historic moment for both teams, the fans lucky enough to be at Wembley Stadium and fans watching across the country.

“But we continue to advise fans without tickets to enjoy the match close to home and not travel to London unless you have somewhere already finalised to watch the game safely.”

All 32 trains departing Edinburgh and Glasgow for London are fully booked on Friday.

Thousands of others are exp­ected to fly or drive south for the Euros showdown — the nations’ first meeting since a 2-2 draw at Hampden in June 2017.

Sven Lister, of the Rosyth Tartan Army supporters club in Fife, told of his fears at the lack of planning for a Scots inv­asion.

“It just worries me that they have not done anything.

“There’s going to be groups wandering, possibly not getting to see the football, which would cause trouble.”

The  Crystal Club will host live music, DJs, food and drink for the ticket-only bash starting at 2pm on Friday — six hours before kick-off.

The two-floor venue, which will stay open to 11pm, will be decked out in Saltires and Scots banners.

A spokesman for the club said: “We open pre-game and during the game we will  put it on TVs for the fans to watch.

“With the Covid rules, everyone will have to be seated. There will be waiters walking around taking orders and everything.

“How Wembley works now is we get assigned a team and we can only bring that team’s fans in. It’s purely Scottish fans.

“It’s mainly for people who have tickets for the match. We are right next to Wembley. There is a road separating us from the stadium. You can leave five minutes before kick-off and still make it on time.

“It’s somewhere to go before the game. We have done this before and only a few stay behind to watch the game.”

Asked if it was like a fanzone, he replied: “Kind of, yes.”

Scots-based organisers of the Crystal Club bash said the event was already sold out.

And they urged those attending to stick to the rules laid down by bosses at the sprawling 1,000sq ft party venue.

Ted Christopher, 67, said in an update: “This event is pre-sales only. There will be no cash entry on the day. Everyone going to the game must retain their ticket if they want re-entry after the game.

“Post game will be restricted to ticket holders only.

“But the game will be shown for those without match tickets and food will be available.”

The Scottish Government and Scottish FA have also asked fans not to travel to the Group D tie.

England defeated Croatia 1-0 in their opening match on Sunday.

Steve Clarke’s men slumped to a 2-0 loss against the Czech Republic 24 hours later at Hampden.