Home » Lifestyle » EPA in strife after two years of crisis

EPA in strife after two years of crisis

Cathy Wilkinson’s first day as boss of the Environment Protection Authority was undoubtedly a trial by fire.

At 7:30am on August 30, 2018 the EPA’s crisis response centre received an alert that an ‘eight alarm’ emergency had been declared in West Footscray. Firefighters were battling the worst industrial blaze in two decades at an illicit chemical waste dump that was spewing a toxic smoke plume across the city and turning a nearby creek into a river of fire. 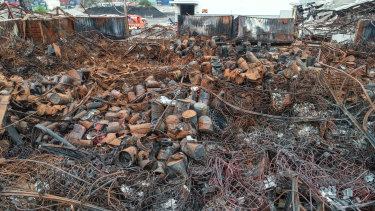 The aftermath of the fire at the West Footscray factory.Credit:Joe Armao

As EPA air and water pollution experts scrambled to get to the scene, the governing board made the decision that it also needed to immediately replace the chief executive.

Dr Wilkinson, who had been due to take over the role the following week, was called back from her holidays to “lead the EPA’s response” to the fire and, ultimately, preside over one of the most controversial periods in the history of the environmental regulator. 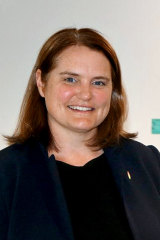 Dr Cathy Wilkinson, who recently resigned as chief executive of the EPA.Credit:Twitter

Begun in crisis, Dr Wilkinson’s tenure at the helm ended just as abruptly with her resignation before New Year’s just after the EPA botched approvals for the Andrews government’s signature infrastructure project, the West Gate Tunnel.

In a goodbye email to staff, Dr Wilkinson described her service at the agency as an “honour” but that it was time to move on for a combination of personal reasons and the offer of a new role in academia.

The government was not sparing in its praise: “Cathy has overseen the transformation of the EPA into a modern regulator, by helping shape the strong foundations the Authority needs to stop pollution and protect Victoria’s environment,” Premier Daniel Andrews said in a media statement.

But the EPA’s own records and accounts from agency and government insiders instead paint a picture of an “independent” regulator struggling with increasing political interference and the fallout from a series of major operational failures and staff departures.

July 2018 was supposed to mark the rebirth of the EPA, its transformation into a modern, science-led regulator.

New legislation had cemented the EPA as an “independent statutory authority” akin to other watchdogs like the Independent Broad-based Anti-Corruption Commission or Victorian Building Authority that are empowered to investigate, regulate and prosecute without fear or favour.

While “accountable” to the Minister for Environment, a new board was created to ensure its proper governance as an independent regulator with an explicitly proactive mission: “to protect the environment and people by preventing and reducing harm from pollution and waste.”

But the fanfare about a new age did not last more than a few months before the West Footscray blaze plunged the agency into a series of rolling crises that tarred its reputation with the public, industry and government.

In the aftermath of the fire, EPA investigators stumbled across the existence of the largest illicit toxic waste dumping operation in the state’s history, which the regulator had failed to detect despite numerous warnings since 2016.

Tens of millions of litres of waste chemicals had vanished undetected from the legitimate EPA-regulated market only to be found stockpiled in more than a dozen warehouses and a subterranean burial site near the South Australian border, as well as providing the fuel for two massive industrial fires in West Footscray and Campbellfield.

Meanwhile, Victoria’s waste management industry was being plagued by massive overstocking, fires and corporate collapses at glass, plastic, chemical, building debris and battery recycling facilities and landfills that necessitated the EPA to step in and assume responsibility for cleaning up the mess.

Tens of millions of dollars have since been allocated to EPA-led specialist recycling and waste crime taskforces but the agency is yet to explain how it for so long missed the rise of such an extensive illicit industry and its failures to regulate the legal marketplace.

While publicly backing the EPA to the hilt, the government was privately seething about the scandals and the multiple and massive clean-up bills.

Without fear or favour

There were also signs the EPA was coming under mounting political pressure during Dr Wilkinson’s tenure as the Andrews government pressed ahead with controversial infrastructure projects that depended on approval by the regulator.

EPA acting chief executive Tim Eaton, who has replaced Dr Wilkinson on an interim basis, said the Andrews government has no role in operational or policy decisions at the regulator.

But documents released under freedom of information laws show EPA executives were contacted by politicians and top-ranked government officials at highly-sensitive points during the West Gate Tunnel project.

In August 2019, as government authorities were developing a plan to deal with contaminated soil from tunnelling, Dr Wilkinson was told the government wanted to discuss “options available for [a] streamlined/expedited process”.

In an email, a staffer for Environment Minister Lily D’Ambrosio wrote that as a result of a meeting with Treasurer Tim Pallas it was decided that (then) Department of Premier and Cabinet secretary Chris Eccles would “lead discussions on a resolution/pathway forward”.

“Cathy [Wilkinson], Chris Eccles may contact you shortly,” it said. The documents were obtained via an FOI application lodged by Liberal MP David Davis.

In response to the email disclosure, Mr Eaton said "it is common for the chief executive of any government agency to correspond with fellow senior government officials" but declined to comment on the content of the discussion between Dr Wilkinson and Mr Eccles.

“To be clear, that does not constitute direction in relation to decisions,” Mr Eaton said.

In the wake of the EPA’s ongoing public relations problems, the Andrews government had also begun exerting growing control over the EPA’s media messaging, directing what was allowed to be provided as official comment by the regulator.

In one instance in early 2020, the office of Ms D’Ambrosio instructed the EPA to change a statement to The Age detailing its plan to enforce the clean-up of a former landfill site.

For an “independent statutory authority” like the EPA, the interference was akin to the government vetting IBAC’s public position on an ongoing investigation.

“It is common practice to keep the minister’s office aware and informed of the issues of the day and how we’re handling it,” Mr Eaton said.

“We work closely with and receive good support from communication team colleagues across the public service to ensure consistent and relevant messaging,” he said.

The West Gate Tunnel again became a major flashpoint between the EPA and government in late 2020 after the agency bungled a new plan to dispose of up to 3 million tonnes of contaminated soil.

In September, the EPA issued approvals to three landfill sites to accept the waste before the operators were required to provide key information about how the potentially toxic material would be managed.

The controversial decision exploded spectacularly in the face of the EPA after it was revealed the agency did not have the jurisdiction to issue the approvals.

Facing a legal challenge, the EPA conceded it had acted inappropriately shortly before the matter was due to be heard in the Supreme Court.

In a statement to The Age, the EPA claims while its West Gate approvals satisfied “strict conditions designed to protect human health and the environment” it acknowledges there was an “administrative” issue with the process.

Ms D'Ambrosio declined to be interviewed about the government’s relationship with the EPA.

“As the state's environmental regulator, it's my expectation the EPA work tirelessly to protect the environment and keep Victorians safe from pollution – the community deserves no less,” Ms D’Ambrosio said in a written statement.

“[The EPA] is an independent statutory authority that makes its own decisions on assessments and based on its own legal advice. I look forward to the EPA continuing its transformation and forging a new era moving forward.”

Less than three weeks after the EPA’s mea culpa, Dr Wilkinson resigned with more than seven months left on her employment contract.

Her reasoning, she said, was entirely about personal obligations and professional opportunities.

But sources inside the EPA, who declined to be identified speaking about agency business, said Dr Wilkinson was exhausted by the relentless pace of the crises, conflict and interference from government and growing internal disquiet about the agency's “don’t rock the boat” response.

Her snap departure is also the latest in a series of staff ructions that has marked a brain drain considered unprecedented in the institution’s history.

In the last 18 months, the EPA has lost at least four senior officials, the board chair, chief environmental scientist and other scientific and subject matter experts.

Meanwhile, a new role of “chief of staff” position has been created inside the agency to act, in part, as a liaison between the EPA’s executive and the government. It has been filled by a former “senior policy adviser” who worked for the premier and for a senior Labor MP.

Interim EPA chief Mr Eaton said the agency “absolutely [does] not” have any cultural, management or human resources problems that could be driving the departures.

"In relation to the specific staff that you have listed, most of these people have moved on to other more senior positions within the public sector, or Victorian public service."

Hiring decisions are also filled via a “very normal process common across the Victorian Public Service", he said.

The loss of institutional knowledge, experience and leadership could not have come at a worse time as the EPA gears up for the introduction of a sweeping set of new regulations and powers on July 1 after a year-long delay cause by the pandemic.

The EPA maintains it is ready.

Related posts:
What is shadow work and how can it make for a happier life?
Powerball results: Winning numbers for Saturday, January 9 – $470million jackpot
Popular News
‘Uneven recovery’ as household budgets pulled in all directions by COVID-19
27/01/2021
Man Utd wonderkid Ramon Calliste, called ‘the next Giggs’, now owns luxury watch business and makes £5m a year – The Sun
26/03/2020
Megan Thee Stallion Addresses Criticism Over Twerking: ‘I Love to Shake My A**’
26/03/2020
Police guard shops to stop coronavirus panic-buyers and enforce social distancing – The Sun
26/03/2020
Coronavirus: Good Morning Britain’s Dr Hilary reveals ‘game-changing’ self-testing kit
26/03/2020
Recent Posts
This website uses cookies to improve your user experience and to provide you with advertisements that are relevant to your interests. By continuing to browse the site you are agreeing to our use of cookies.Ok