ENGLAND line up against Croatia in their Euros opener with Kieran Trippier at left-back and Jack Grealish on the bench.

Gareth Southgate's men will have home advantage when they host the 2018 World Cup finalists at Wembley. 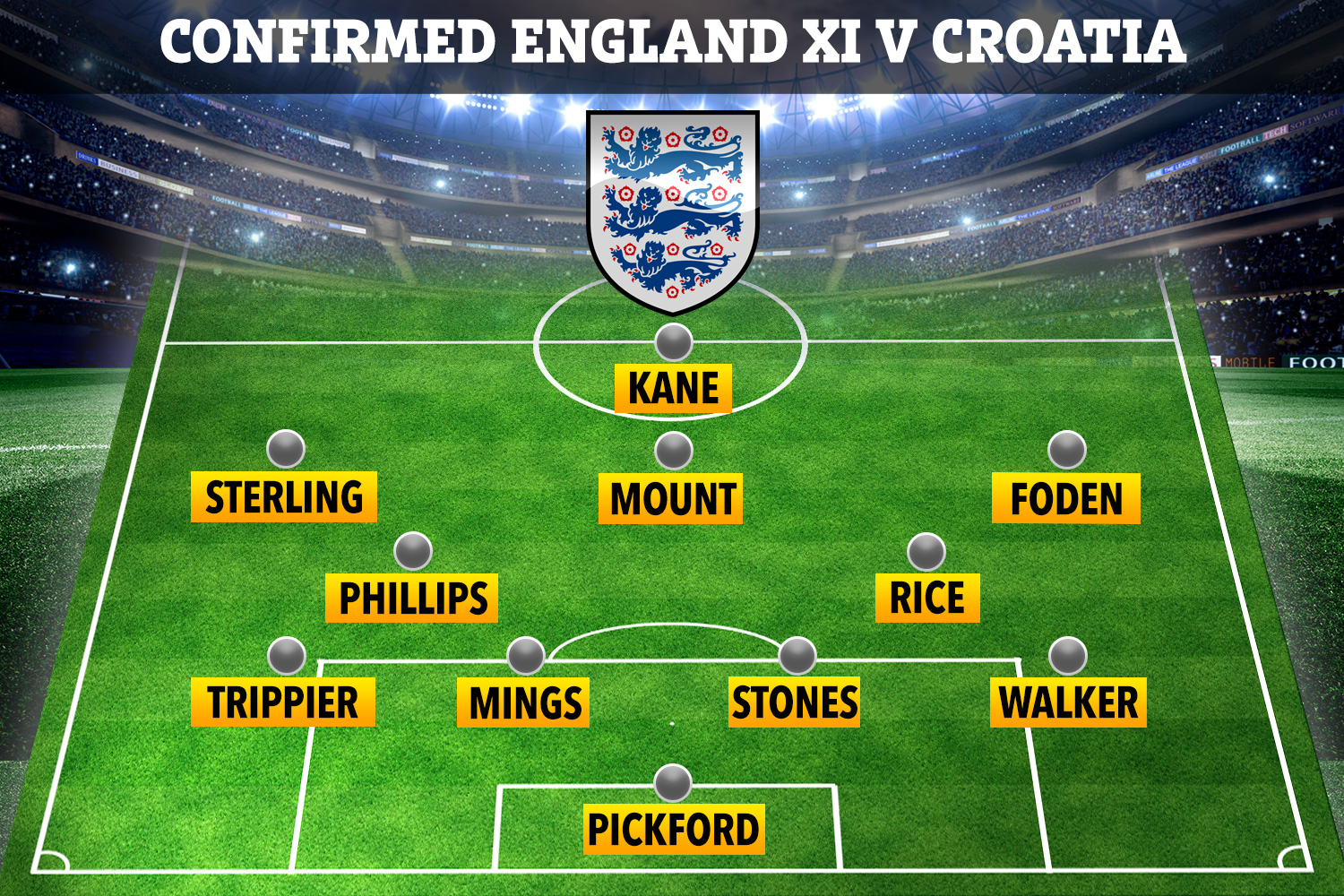 And they will do so with a back four in a 4-2-3-1 formation, instead of a three-man defence with wingbacks.

The set-piece specialist, who scored a free-kick against Croatia in England's heartbreaking 2-1 defeat three years ago, has played on the left before.

Tripper started at left-wingback in England's 2-1 Nations League win against Belgium in October.

But still, Shaw, 25, and Chilwell, 24, were expected to be competing for a place at left-back heading into the tournament.

On the right, Kyle Walker, 31, pips Reece James, 21, who has made only six caps before.

In the defensive two, Kalvin Phillips, 25, pairs with Declan Rice, 22, as Jordan Henderson, 30, is still not fully fit while Jude Bellingham, 17, is also benched.

Mount could be in the No10 role, with Foden out wide, but the two are capable of switching roles.

It means Grealish, 25, in form heading into the opener, is again overlooked and misses out from the start.

He will be joined by forward Marcus Rashford, 23, but Jadon Sancho, 21, is not even on the bench.