ENGLAND fans have written off their Euro 2020 chances – with just THREE per cent backing them to go all the way.

There was a wave of optimism around the country following the 1-0 win over Croatia last Sunday. 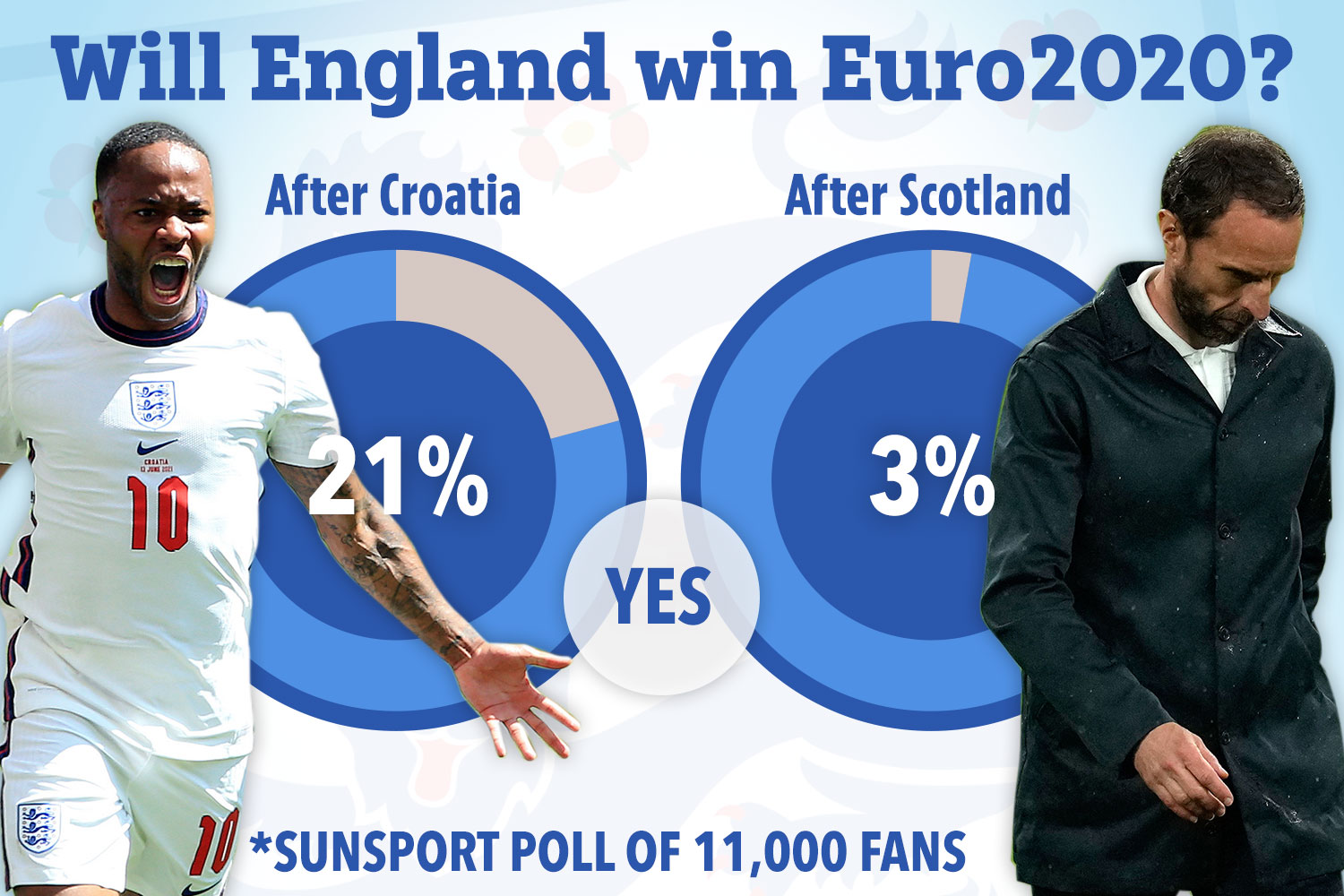 More than 20 per cent of voters in a SunSport poll said they thought Gareth Southgate's side would win the Euros.

A further 12 per cent thought England would be beaten finalists and 22 per cent went for semis.

Just six per cent voted for England to fail to get through the group stages.

But the mood has turned dramatically since the Three Lions failed to get past Scotland last night.

And a dramatic fall means now three per cent reckon England will lift the trophy on July 11, with two per cent saying they will lose the final.

On top of that, six per cent think they will fall at the semi-final stage and a whopping 33 per cent believe their tournament ends on Tuesday with their final group game.

England headed into last night's game against the Auld enemy brimming with confidence.

But a lacklustre performance at Wembley saw the Scotland goal rarely threatened.

John Stones directed his free header from close range against the post but at the other end the Scots looked more likely to score and had Jordan Pickford to thank for keeping it goalless.

Fans booed at the full-time whistle as the pressure mounts to progress.

Southgate said: “We know we didn't hit the level we wanted to or needed to but we have to accept whatever comes our way. I totally understand that as the manager.

“What we need to do is make sure we get behind the players. The young players need the support of everybody.

“They'll bounce back from it but they need everyone behind them.

“Our fans are entitled to react however they want. We're disappointed with our own performance."

The result, following Czech Republic's 1-1 draw with Croatia, means England are second in Group D, level on four points with the Czechs but behind on goal difference.

Southgate's side will go through if they draw against the Czechs on Tuesday or if Scotland do not win – and will finish top if they beat Czech Republic.

They will only finish third if they lose and Scotland win by enough to overtake them on overall goal difference.

But finishing second in the group may not be too bad after all.

Topping the group, though, would see England take on second place from the group of death – France, Portugal, Germany and Hungary – for a spot in the quarter-finals. 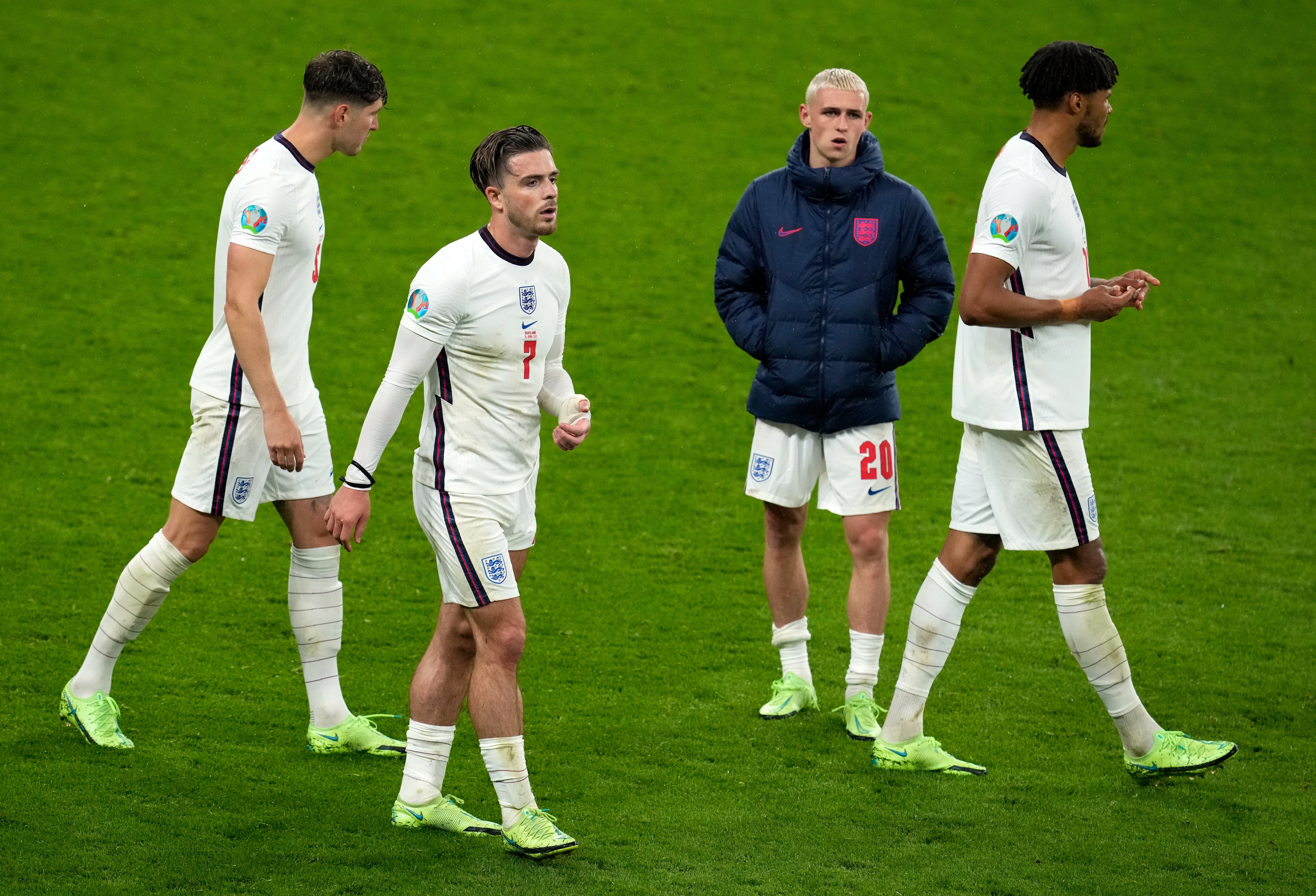