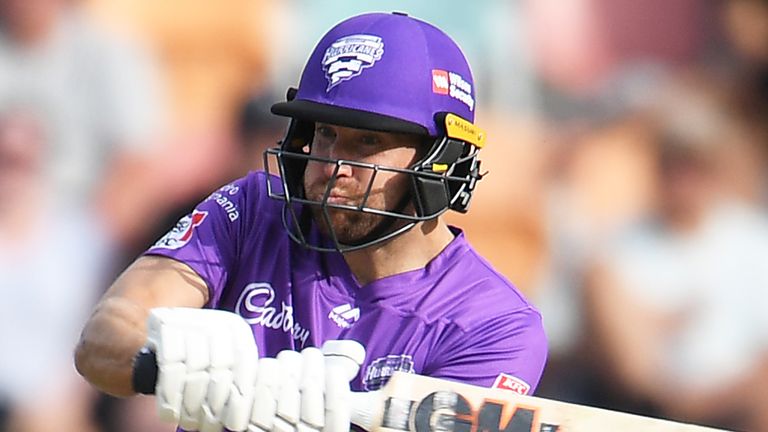 Malan – the top-ranked batsman in the world in T20 international cricket – struck 75 from 56 deliveries in his third innings for Hurricanes as his side posted 164-5 at Bellerive Oval.

The 33-year-old, who had made scores of 15 and 39 in his first two innings of the season, hit three sixes and seven fours on Saturday and reached his half-century from 32 balls.

Stars were reduced to 40-3 inside six overs of the chase, only for Maxwell (70 off 37) to swing the game in the Melbourne side’s favour with five sixes and six fours – one of his maximums, off D’Arcy Short, securing him a 28-ball half-century in a 72-run stand with Nicholas Pooran.

Stars limped with the bat thereafter, managing only two fours and 31 runs in their final seven overs, as the Stars attack, led by Boland and Nathan Ellis (2-11 from four overs), limited them to 143-9.

Maxi starred but it wasn't enough in Hobart.

A chance to redeem ourselves against the 'Canes in 2 days time.#TeamGreen #BBL10 pic.twitter.com/XCauvqBo3i

Boland was named Player of the Match but Malan’s knock was also key in Hurricanes’ fifth win in seven Big Bash matches.

The left-hander’s knock continued a series of good recent displays by the English contingent with the bat, with Alex Hales having dazzled twice this week for Sydney Thunder, Jason Roy returning to form for Perth Scorchers and Phil Salt passing fifty for Adelaide Strikers.