Elvis Presley’s manager Colonel Tom Parker, whose sole client was the King, has long been said to have taken 50 per cent of all the rock ’n’ roll icon’s earnings. When asked about the deal in 1968, the Colonel responded: “That’s not true at all. He takes 50 per cent of everything I earn.” However, in an exclusive interview with Express.co.uk, Todd Slaughter, who appeared in the last footage of Elvis before his death and has been the president of the largest Elvis fan club in the world for over 50 years, shed some light on the situation and relationship.

“Colonel is depicted as a Svengali character and, to be fair, most managers of popstars over the years have been more than a bit dodgy,” he said.

“Colonel Parker was possibly no different from that but he really did work hard for Elvis.

“Even when Elvis was on tour, he went to the next town, he made sure the radio, the TV were aware that Elvis was arriving,” Todd continued. “He even put additional posters up, even if the venues were sold out, because what he was doing was selling Elvis.

“He was dedicated to promoting Elvis.” 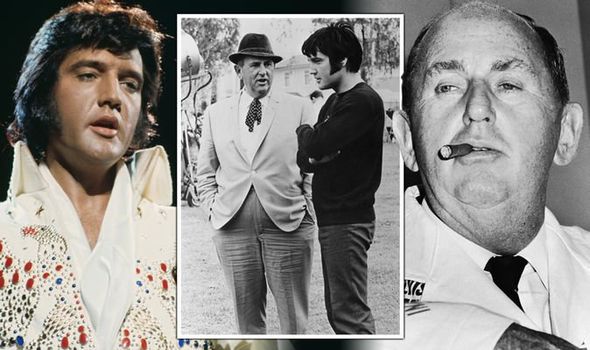 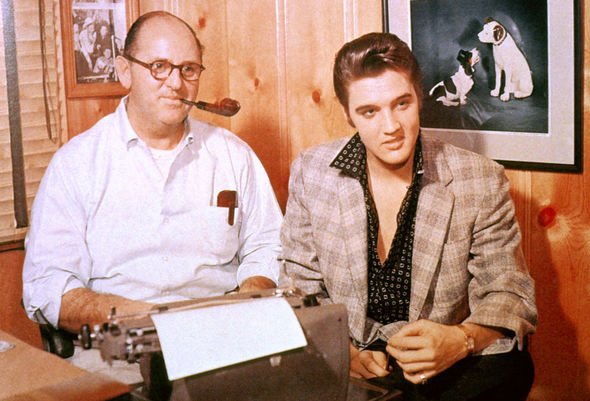 Todd said the Colonel was “no worse than any other” and noted his generosity with fans, saying:  “As far as the British fans were concerned, he was better than most managers were because he really did take time to meet the fans.

“To me, personally, he was very, very nice,” he said. “So I saw a different sort of Colonel Parker from how many people possibly believed he behaved.

“It was claimed he took 50 per cent of Elvis’ earnings which was not true. He took 25 per cent which, at that time, was the industry standard.”

Todd claimed there was only a 50/50 split between Elvis and the Colonel when it came to licensing and merchandise, insisting: “But it was never a 50/50 split on his earnings.”

The Elvis Presley Fan Club president said it was easy for people to claim Colonel Parker had taken 50 per cent of Elvis’ earnings, “as it was easy to say he had his arm up Elvis’ back to make him perform”. 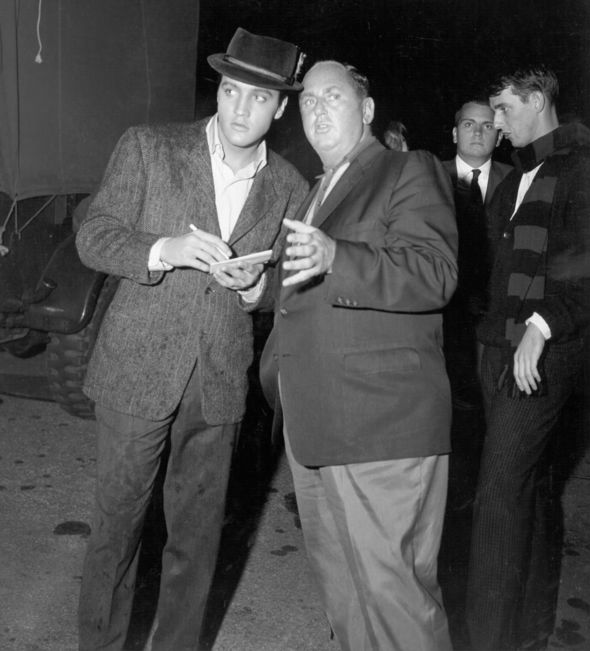 “Elvis wanted to perform, it was his life,” he said.

Todd went on to address the way in which Elvis was cut off from the world outside of his close inner circle, dubbed the Memphis Mafia.

“I think, on the whole, during Elvis’ career he was almost shielded from anyone else in showbusiness by management and the guys that worked for him — his friends,” he said.

“I think — even more than Colonel Parker — they realised if Elvis saw the outside world a bit more then all of a sudden he might want to be a part of it.”

“And by keeping him confined in their own sphere I think it was detrimental, almost, to Elvis.”

Todd also spoke out about the tragedy of Elvis’ life in the spotlight.

He told Express.co.uk the rock ’n’ roll icon wasn’t as showbiz as fans might expect from his public persona.

“Some showbusiness people are always on stage; Elvis wasn’t,” he explained.

Asked what the King was really like away from the cameras and stage lights, he said: “I would imagine he lived for the stage and got very little in his personal life. And I think that’s quite sad.

“You live in this bubble and you’re almost frightened to escape from it because you think things will go wrong.

“When you’re surrounded by ‘Yes’ men that tell you how good you are, all of a sudden reality escapes,” he added.

Todd pointed to the fact Elvis would call his pilot in order to fly across the country with a group of friends just to eat whatever food he fancied.

Elvis: That’s The Way It Is is re-released in cinemas August 13 and celebrates 85 years of the King and 50 years since the films original release.

Due to the current situation with the coronavirus outbreak, it’s not yet known when tickets will go on sale. Updates will be shared at http://elvisthatsthewayitis.com/.

Related posts:
What to Do If Coronavirus Forces You to Cancel Your Wedding, According to Experts
Meghan Markle and Prince Harry Donate Wedding Funds to Charity Amid Coronavirus
Popular News
Cops hunt for thief who stole Torah from Yonkers synagogue
28/09/2020
Man Utd wonderkid Ramon Calliste, called ‘the next Giggs’, now owns luxury watch business and makes £5m a year – The Sun
26/03/2020
Megan Thee Stallion Addresses Criticism Over Twerking: ‘I Love to Shake My A**’
26/03/2020
Police guard shops to stop coronavirus panic-buyers and enforce social distancing – The Sun
26/03/2020
Coronavirus: Good Morning Britain’s Dr Hilary reveals ‘game-changing’ self-testing kit
26/03/2020
Recent Posts
This website uses cookies to improve your user experience and to provide you with advertisements that are relevant to your interests. By continuing to browse the site you are agreeing to our use of cookies.Ok