It is near SpaceX’s Starbase facility in Boca Chica, Texas.

SpaceX has already acquired disused oil rigs for use as spaceports in the future, and ultimately plans to establish sites all over the planet.

In May, the mission move a step forward after the successful landing of a Starship craft and a high-altitude flight.

The next SN16 prototype will undergo an orbital test flight before July this year. 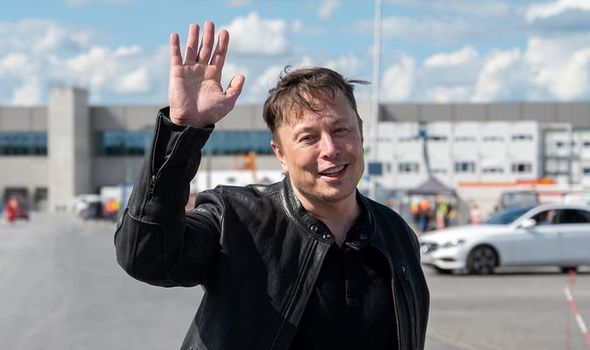 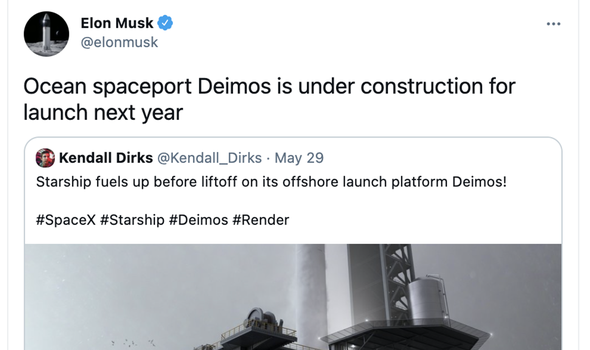 He said in a caption “Ship 16 & Booster 2, Starbase Highbay”, with the ship in a hangar at the Starbase facility at Boca Chica in Cameron Country, Texas.

The CEO moved to Texas last year in order to focus his attention on Starship’s development.

Mr Musk previously stated his hopes to establish a permanent human colony on Mars, with hundreds of SpaceX Starships making journeys to the Red Planet. 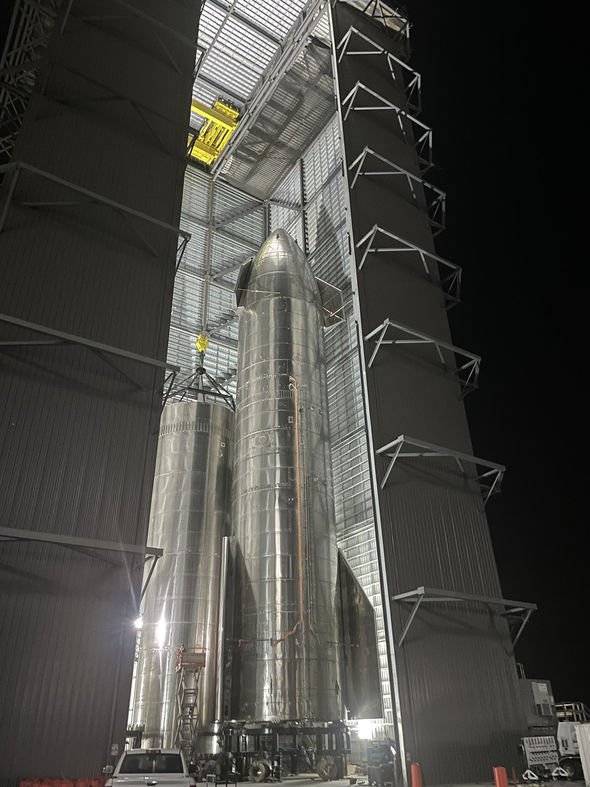 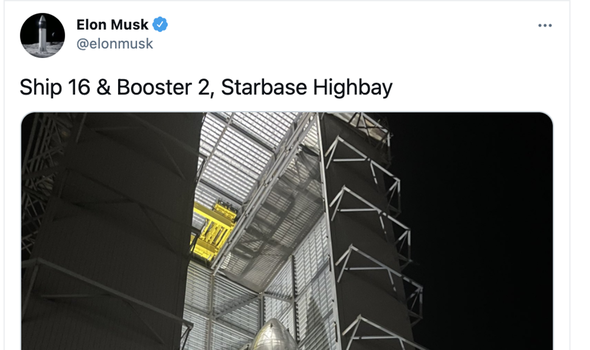 He predicts the first crewed flights to Mars could happen as early as 2024, but added SpaceX would need to build 100 Starships a year.

According to SpaceX’s user guide for the rocket, it would also need to house 100 crew members alongside “private cabins, large common areas, centralised storage, solar storm shelters and a viewing gallery”.

The firm only began testing Starship prototypes in January 2020. 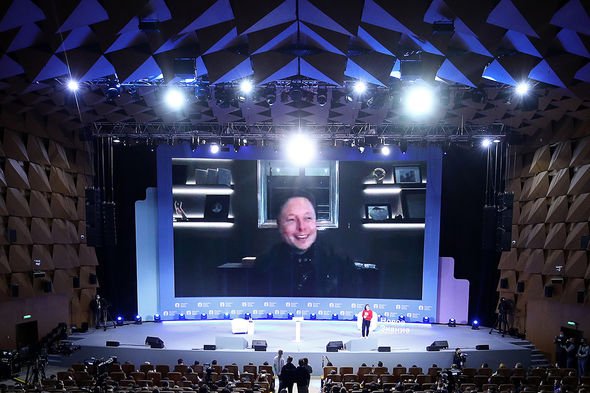 In a speech via video link to a forum in Russia, Mr Musk stated terraforming will be a key component to living on other planets.

He told the forum: “Life in glass domes at first. Eventually, terraformed to support life, like Earth.

“At least a future spacefaring civilisation – discovering our ruins – will be impressed humans got that far.”