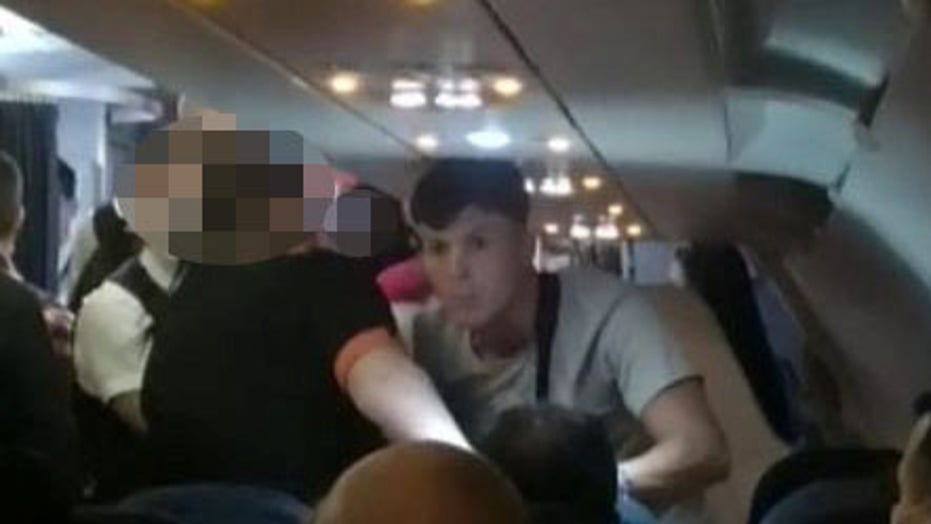 A passenger was reportedly involved in multiple incidents on one flight.

According to witnesses, a male passenger had to be moved to the front of a plane after getting into an altercation with another passenger. Then, as the plane was apparently about to land, the same man got into a fight with a different passenger. 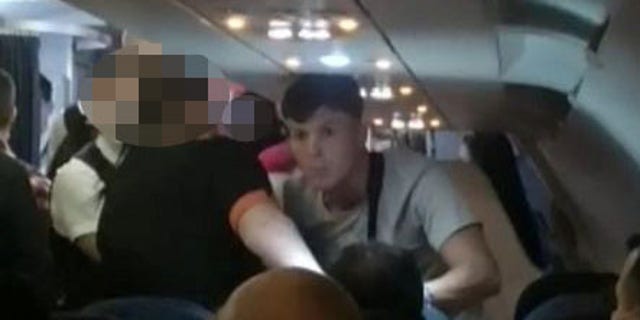 The incidents occurred on an EasyJet flight from London to Turkey, Southwest News Service (SWNS) reports. While one incident was reportedly sparked by a paper airplane, the second appeared to be racially motivated.

A passenger on the flight told SWNS that the first incident occurred about two hours into the flight. They described it as “two grown men coming to blows.” According to the news outlet, the instigator of the fight was relocated to the front of the plane.

The initial fight reportedly started when the instigator’s son threw a paper airplane and another passenger crumpled up the plane and threw it away.

After being moved to the front of the plane, the same man reportedly got into a fight with a female passenger. Passengers on the flight said that they heard him yelling racist insults at her, although they were unsure of what sparked this fight. The man reportedly struck the woman in the face.

According to a witness, when the flight landed, the police were waiting for the man. He was taken into custody as the other passengers reportedly cheered.

In a statement obtained by SWNS, a spokesperson for EasyJet said, “We can confirm flight EZY8841 from London Gatwick to Antalya on 8 September was met by police on arrival and a passenger was removed by police as a result of their disruptive behavior onboard. Whilst such incidents are rare, we take them very seriously, and do not tolerate abusive or threatening behavior onboard.”

The statement continued, "EasyJet’s cabin crew are trained to assess and evaluate all situations and to act quickly and appropriately to ensure that the safety of the flight and other passengers is not compromised at any time. The safety and wellbeing of our customers and crew is our highest priority.”

Related posts:
Muslims encouraged to learn about organ donation to help lack of BAME donors
Kerry Washington's Best Red Carpet Looks Deserve an Award of Their Own
Popular News
EXCLUSIVE: Victoria/Tomas Switch Up Style With Reversible Thrust
25/09/2020
Man Utd wonderkid Ramon Calliste, called ‘the next Giggs’, now owns luxury watch business and makes £5m a year – The Sun
26/03/2020
Megan Thee Stallion Addresses Criticism Over Twerking: ‘I Love to Shake My A**’
26/03/2020
Police guard shops to stop coronavirus panic-buyers and enforce social distancing – The Sun
26/03/2020
Coronavirus: Good Morning Britain’s Dr Hilary reveals ‘game-changing’ self-testing kit
26/03/2020
Recent Posts
This website uses cookies to improve your user experience and to provide you with advertisements that are relevant to your interests. By continuing to browse the site you are agreeing to our use of cookies.Ok