The Earl of Yarmouth has admitted he ‘regrets’ his bitter rift with his family – which resulted in him being kicked out of their £85m estate when his wife was pregnant with their first child.

William Seymour and the 10th Marquess of Hertford were evicted from Ragley Hall Estate, in Warwickshire, in 2019 following a fall-out over their wedding invites.

When Kelsey Wells and William married in 2018, his aunt, Lady Carolyn Seymour, mocked their invitation, saying they had not used the family shade of blue and that it was in the incorrect font, adding that her nephew was ‘pompous’ and ‘Little Lord Fauntleroy’.

Privately educated Kelsey said at the time that she was ostracised by William’s family due to her alleged social faux pas, including calling the butler by his first name and using her mother-in-law Lady Hertford’s bathroom without permission .

A year after they married, the couple, who co-run a liqueur company, were booted out and made to live in a cottage beyond the boundary of the family’s 6,000-acres while Kelsey was pregnant with their first child — a son, Clement Andrew Seymour, the Viscount Beauchamp.

On their first wedding anniversary, the couple were informed by Lady Carolyn that their home The Bothy was needed to accommodate a carer for William’s grandmother, Lady Pamela, the Dowager Marchioness of Hertford. 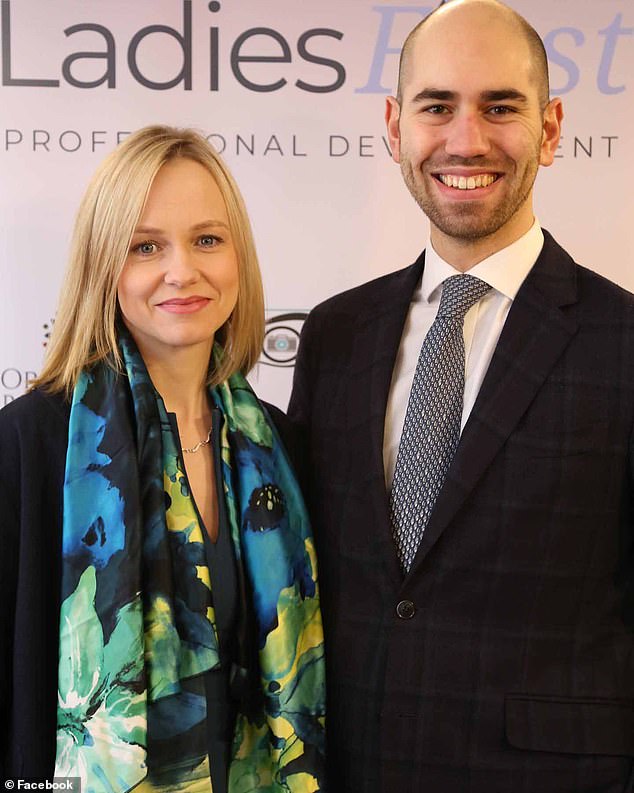 William Seymour and 10th Marquess of Hertford pictured in 2022. Since being ‘evicted’ from the £85m Ragley Hall Estate, in Warwickshire, the couple have set up their own elderflower liqueur brand St Maur 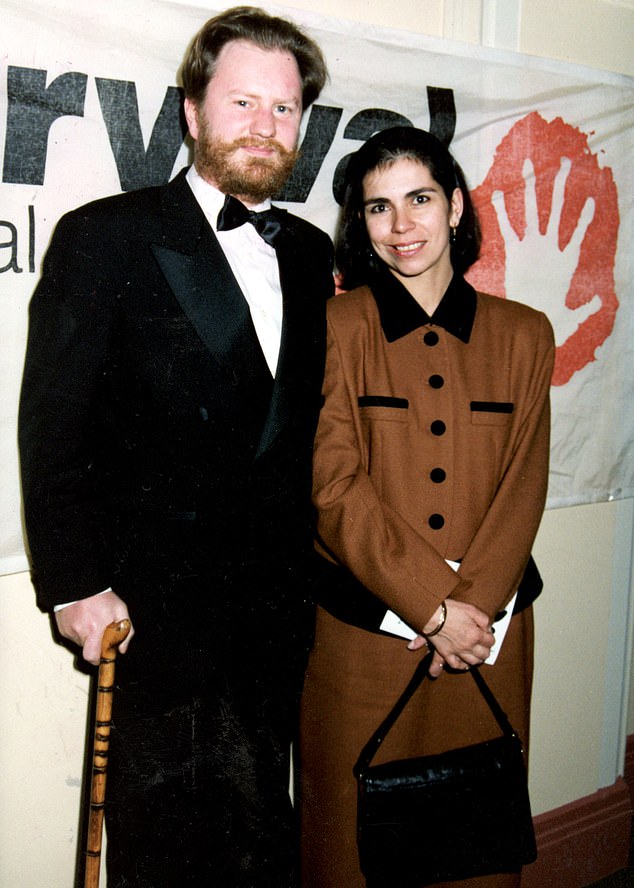 The couple extended an olive branch to the Lord Henry Seymour and the 9th Marquess of Hertford after calling their son Jocelyn Seymour in honour of William’s father, who bears the same middle name 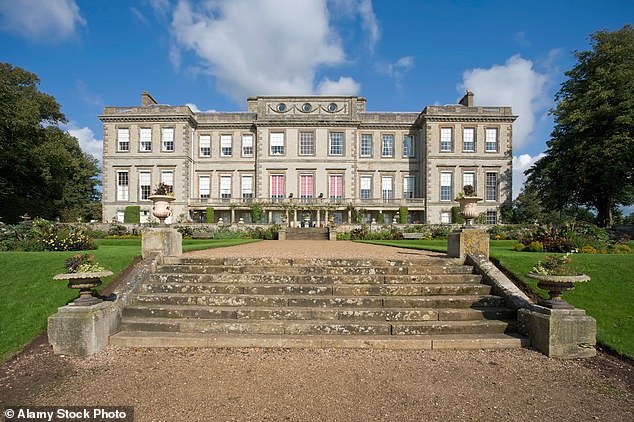 The family’s 110-room Warwickshire seat, Ragley Hall, will one day be inherited by William, who descends from Henry VIII’s third wife, Jane Seymour.

Speaking to The Sun , the now father-of-two has revealed that he ‘regrets’ falling out with his family and thanked Kelsey’s parents for their support over the past three years.

Explaining how they have ‘been there at every turn’ in both his ‘business and personal life’, the Earl of Yarmouth said: ‘I owe them the world, but really they’re the ones who push me.’

Kelsey’s father Andrew worked as a management consultant while her mother was a dance teacher.

In 2020, Kelsey and William officially launched their own elderflower liqueur brand St Maur after originally serving the drink at their wedding. 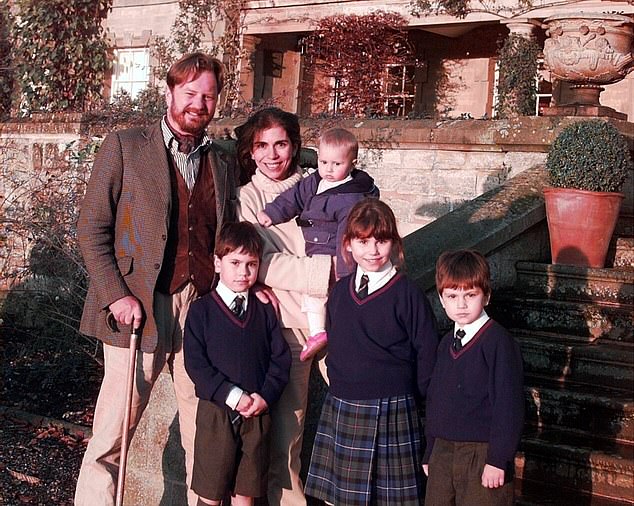 Lord William Seymour (front centre) pictured as a child with his parents and siblings Lady Gabriella (seven) and Lord Edward. The 9th Marquess of Hertford with his wife the Marchioness, who is holding baby Lady Antonia (17 months)

The father-of-two says he hopes to set an example of a ‘good work ethic’ for his two sons and set them up with a legacy that doesn’t rely solely on their family name.

The family’s 110-room Warwickshire seat, Ragley Hall, will one day be inherited by William, who descends from Henry VIII’s third wife, Jane Seymour.

The Countess of Yarmouth and her husband called their son Jocelyn Seymour in honour of William’s father, who bears the same middle name.

‘Both sides want to move on. This touching tribute is an olive branch and the first step in bringing the family back together,’ a family friend told the Mail’s Eden Confidential column.

‘There have been years of bad blood, so it won’t be smooth, but there is hope at long last.’

In a 2021 interview with the Mail, Kelsey revealed she was ‘devastated’ to find out they were being ‘evicted’ from their home on their first wedding anniversary while she was four-and-half-months pregnant.

The invitation is so embarrassingly awful, it’s almost laughable if it weren’t so tragic.

Since when do you start with the groom’s coronet on the top of the page? Moreover, you haven’t even used the Ragley blue nor the correct font.

Good God, what are you, Little Lord Fauntleroy? You appear to be extraordinarily keen on using your title, yet, oh so sadly, don’t know how to behave as one.

Your ever so loving aunt

The former non-executive director at Goldman Sachs explained: ‘It should have been one of the happiest times in my life. Instead it was the most stressful. I’d tried so hard to be accepted by his relatives, but his parents seemed determined to cast us both adrift.

‘They’ve never taken the time nor had the interest to get to know me, so how can it be personal to me? Perhaps it’s what I represent, perhaps they feel threatened. I do have the sense there is a pathological need for control and I have upset the control they have been able to exert over their son.

‘I held down a good job, pursued a career and made my way in the world. You don’t have to marry for money and clearly that wasn’t the case with me or William.’

The first hint of trouble came when William announced that he would like to bring Kelsey, whom he met at a wedding in 2016, home for the weekend – only to learn that his Volkswagen Polo had been lent to a member of staff, preventing him from picking her up from a nearby station.

Later, when William again announced he wanted Kelsey to stay at Ragley, he arrived home one evening to be told his parents had given his bed away to the new butler. William was forced to sleep on a blow-up mattress on the floor.

He said he only found out what a ‘normal’ family was like when he stayed with Kelsey and her parents.

‘I escaped through music and books and on the PlayStation with my brother,’ he said.

‘Reading about other people’s lives made me realise other people had had a completely different experience to me. In a house that size it’s very easy to lose yourself and that’s what I often did.’

After the couple were ‘evicted’ from the estate, Kelsey’s father told the Mail on Sunday: ‘They used to have a son who was compliant to the extent that you could take his bed away and he’d sleep on an airbed without complaining.

‘Now they have a son who won’t indulge that kind of behaviour because he’s met a woman who’s pointed out a few things to him and the scales have come off his eyes.’