Does Machine Gun Kelly Believe in the Moon Landing?

"Is he doubting that we went to the moon in 1969?" one confused fan tweeted after MGK's acceptance speech

Fans are wondering if Machine Gun Kelly believes we went to the moon.

The confusion arose from MGK’s acceptance speech at the American Music Awards Sunday night after he won for Favorite Rock Artist — where he hit back at criticism of his departure into the rock genre.

The former rapper was sporting a suit he clearly stole from Pinhead’s closet with what looked like hundreds of spikes protruding out from it everywhere. Presenter Meghan Trainor smartly went with an air hug.

He cracked a joke about the mic stand being too short and added, “This suit is really uncomfortable to pee in.”

“There have been some people in the rock community who called me a tourist, but they’re wrong, I’m a rocket man,” MGK argued, before appearing to express doubt about the actual moon landing.

“We weren’t born on the moon but we were curious, so we went there, supposedly,” he continued. “And these last two rock albums to me were me going to the moon.” 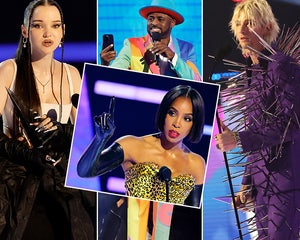 2022 American Music Awards: The Most Viral Moments of the Night

He then said he wasn’t done exploring, describing himself as “all genres” before signing off “I’ll see you on Mars motherf—ers!”

TooFab has contacted a rep for Machine Gun Kelly to verify his actual stance on the moon landing. 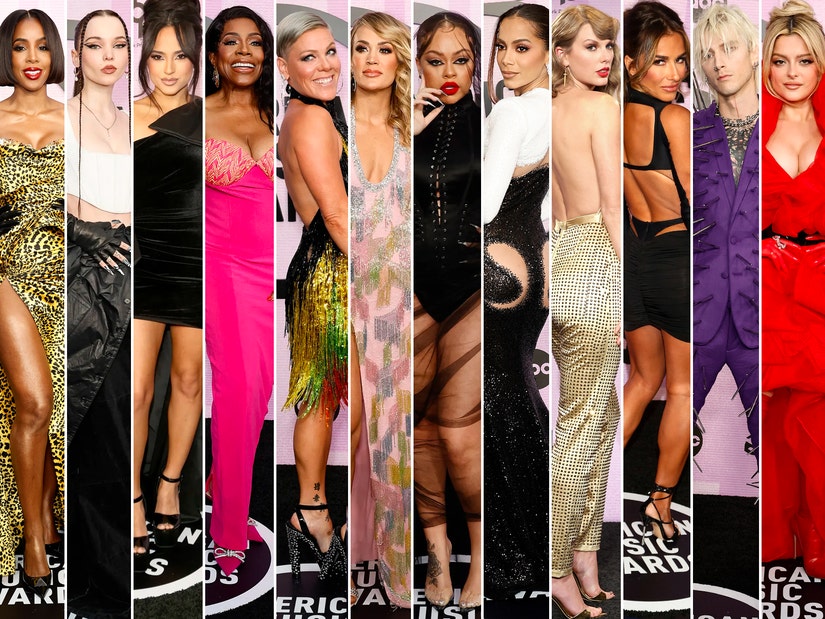