How can Disney restore the magic at theme parks?

Former Walt Disney Imagineer Eddie Sotto on getting guests back into the coronavirus-hit theme parks.

While Walt Disney World Resort’s theme parks have reopened alongside most of its other theme park around the globe, the company has not been able to bring back or resume construction on all of its planned attractions.

In Orlando, Stitch’s Great Escape in Magic Kingdom, which hasn’t operated since 2018, was declared “permanently closed,” a spokesperson confirmed for Attractions Magazine last month. Additionally, Disney’s Primeval Whirl rollercoaster and the Rivers of Light nighttime show in Animal Kingdom have also been shut down.

Visitors to Disney California Adventure Park in Anaheim and Disneyland Paris can, however, look forward to the opening of the Marvel Comics-inspired Avengers Campus – although an exact date remains unclear. Meanwhile, other planned attractions are being reassessed due to the financial strain and unpredictability of the coronavirus pandemic.

“We have separate project teams working on these efforts, but we are still evaluating project timelines based on the extended closures we’ve experienced due to COVID-19,” President of Walt Disney Imagineering Bob Weis said in a panel at D23 – The Official Disney Fan Club – in June.

“While several projects, like Avengers Campus — at both Disney California Adventure and Disneyland Paris—are able to surge forward based on where we were in development, there are others that will be picked back up in stages—like Mickey & Minnie’s Runaway Railway and TRON—and some that are longer-term that we will need more time to assess,” he told the crowd at the time while also providing exclusive details on how Splash Mountain will be reimagined as a “Princess and the Frog” attraction in Disneyland and Walt Disney World at some point in the future. 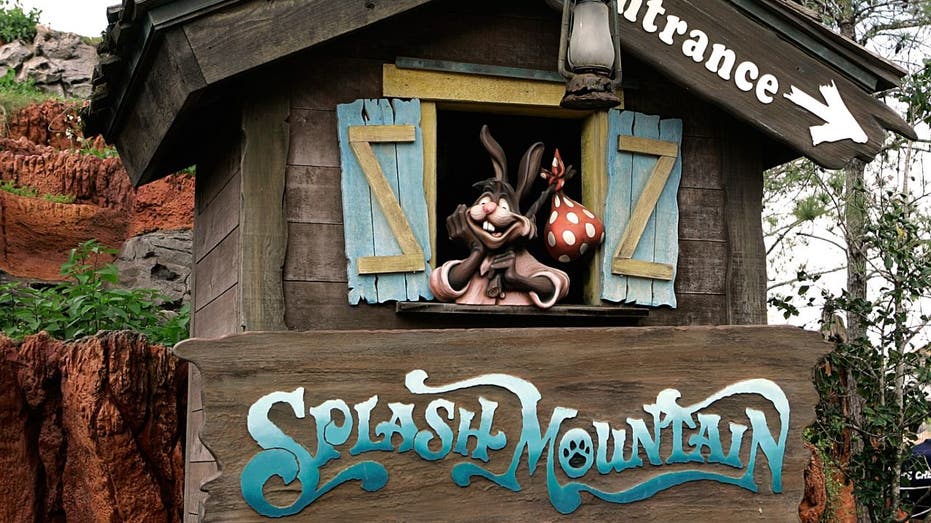 In this March 21, 2007, the character Brer Rabbit, from the movie, “Song of the South,” is depicted near the entrance to the Splash Mountain ride in the Magic Kingdom at Walt Disney World in Lake Buena Vista, Fla. (AP Photo/John Raoux, File)

Meanwhile, the iconic Spaceship Earth attraction in Epcot was scheduled to be “reimagined” on May 26 but the original announcement for the project was made in late February – before the coronavirus was declared a global pandemic by the World Health Organization.

However, the project is reportedly on hold along with the EPCOT-based Mary Poppins attraction that was announced at D23 in 2019, according to WDW News Today – a Disney theme park blog that is not affiliated with The Walt Disney Company.

“As with most businesses during this period, we are further evaluating long-term project plans,” a Disney spokesperson reportedly said in a statement obtained by the outlet last month. “The decision was made to postpone development of the ‘Mary Poppins’-inspired attraction and Spaceship Earth at this time.” 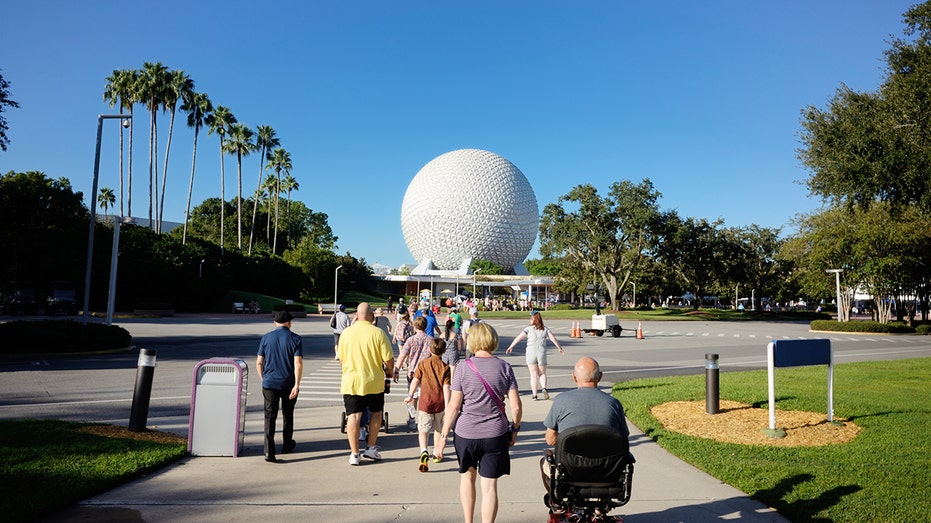 Similarly, visitors noticed that “Opening Summer 2020” signage for Remy’s Ratatouille Adventure had been removed at the France Pavilion, as noted in The Disney Food Blog, which is also not affiliated with the company. Disney has not formally announced a delay for this attraction.

Disney lost $1.4 billion from coronavirus-related closures of it theme parks, retail stores, TV and film operations and other business segments, according to its last published financial results.

The Walt Disney Company is scheduled to discuss its third-quarter results on Tuesday, August 4. A webcast dedicated to the discussion will begin at 4:30 p.m. EDT.