Dementia warning: Excess of a certain activity increases your risk of developing condition

Dementia describes clusters of symptoms associated with brain decline but the most common is Alzheimer’s disease. The symptoms develop gradually over many years and eventually become more severe. Memory loss is often the first visible sign and as the condition progresses, this may be accompanied by more severe symptoms such as personality changes and hallucinations. Unfortunately, there is currently no cure for Alzheimer’s disease, so the focus has been on finding ways to reduce the risk. According to studies and health experts, excessive drinking of alcohol could increase your risk of developing the condition.

Excessive alcohol consumption over a period of time could lead to brain damage, and this may increase a person’s risk of developing dementia.

However, drinking alcohol in moderation has not been conclusively linked to an increased dementia risk, nor has it been shown to offer significant protection against developing dementia.

As such, people who do not currently drink alcohol should not be encouraged to start as a way to reduce dementia risk.

Conversely, those who drink alcohol within the recommended guidelines are not advised to stop on the grounds of reducing the risk of dementia, although cutting back on alcohol consumption may bring other health benefits. 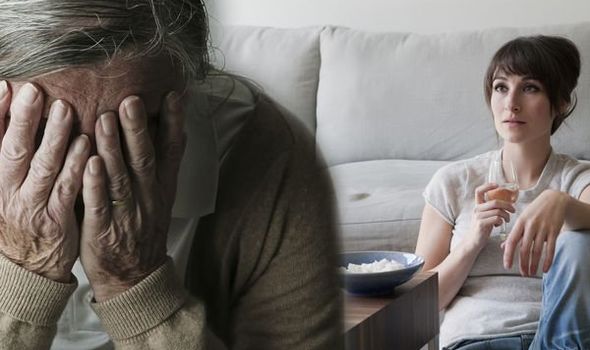 Heavy alcohol consumption over a long period of time can lead to brain damage, said the Alzheimer’s Society.

The site added: “People who drink heavily over a long period of time are more likely to have a reduced volume of the brain’s white matter, which helps to transmit signals between different brain regions.

“This can lead to issues with the way the brain functions.

In a study published in BMJ, alcohol consumption and risk of dementia was investigated.

“The risk of dementia was increased in people who abstained from alcohol in midlife or consumed >14 units/week.” 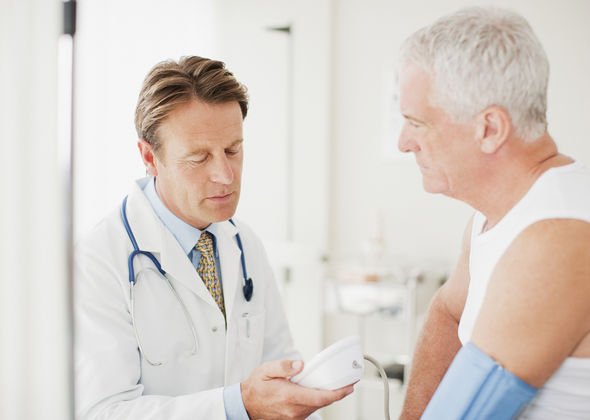 Who carries a higher genetic risk of Alzheimer’s?

According to the Alzheimer’s Society (AS), in just over 600 families worldwide, studies reveal many close family members who are affected by Alzheimer’s disease across successive generations.

“This pattern of ‘familial clustering’ of Alzheimer’s disease suggests there is a mutation within a single gene that causes the disease,” explains the AS.

It adds: “In these cases, the mutation is being passed down in the DNA from parent to child, across several generations.”

If several of your family members have developed dementia over the generations, and particularly at a young age, you may want to seek genetic counselling for information and advice about your chances of developing Alzheimer’s disease when you’re older, advises the NHS.

Ways to reduce your risk of dementia

While getting older is undeniably the biggest risk factor for dementia, research suggests up to one in three cases of dementia are preventable.

According to Dementia UK, modifiable risk factors include:

Related posts:
Carole Baskin’s First ‘DWTS’ Performance Song Is "Eye Of The Tiger," Obvi
The real reason Denise Richards quit RHOBH
Popular News
Charlize Theron Confesses Her ‘Heart Belongs’ To Adorable Daughters Jackson, 8 & August, 3 – See Pic
26/09/2020
Man Utd wonderkid Ramon Calliste, called ‘the next Giggs’, now owns luxury watch business and makes £5m a year – The Sun
26/03/2020
Megan Thee Stallion Addresses Criticism Over Twerking: ‘I Love to Shake My A**’
26/03/2020
Police guard shops to stop coronavirus panic-buyers and enforce social distancing – The Sun
26/03/2020
Coronavirus: Good Morning Britain’s Dr Hilary reveals ‘game-changing’ self-testing kit
26/03/2020
Recent Posts
This website uses cookies to improve your user experience and to provide you with advertisements that are relevant to your interests. By continuing to browse the site you are agreeing to our use of cookies.Ok