Dementia is the name given to a group of symptoms linked to an ongoing decline in brain function. You could lower your risk of the neurodegenerative condition by simply eating more walnuts, it’s been claimed.

There are a number of different types of dementia, and the most common in the UK is Alzheimer’s disease.

Making some small lifestyle changes could lower your chances of developing Alzheimer’s in later life.

One of the easiest ways to limit your dementia risk is to snack on walnuts, it’s been claimed. 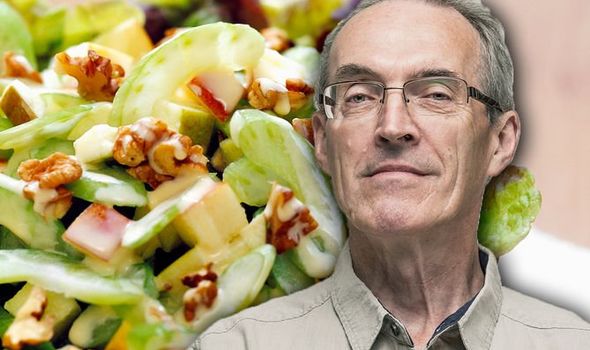 Walnuts could protect against Alzheimer’s as they contain a number of specific nutrients that may play a role in boosting the health of the brain.

They’re rich in phytochemicals and minerals – including polyphenols and fatty acids – which reduce inflammation and oxidative stress in the body, according to California Walnuts’ consultant dietitian, Sian Porter.

Walnuts may even reduce protein aggregation in the brain, which has been linked to Alzheimer’s.

Regularly snacking on walnuts could even protect against cardiovascular disease and high blood pressure, she added.

“There is a growing body of evidence examining the gut-brain connection and how food choices may affect cognitive function, mood and related conditions and illnesses such as dementia and depression,” said Porter.

She told Express Health: “The positive relationship between nuts, and in particular, walnut-consumption and cognitive health, independent of other related variables, is noteworthy.

“Possible hypotheses for the beneficial effect in reducing the risk, delaying the onset, or slowing the progression of, or preventing for example, Alzheimer’s Disease include the contribution of specific nutrients including vitamins, minerals, phytochemicals such as polyphenols or fatty acids, which may reduce oxidative stress and inflammation as well as maintaining neural membrane integrity and reducing protein aggregation involved in neurological disease.

“The inclusion of walnuts in the diet helps to improve cardiovascular health, which is itself a risk factor for neurodegenerative diseases and age-related cognitive decline.” 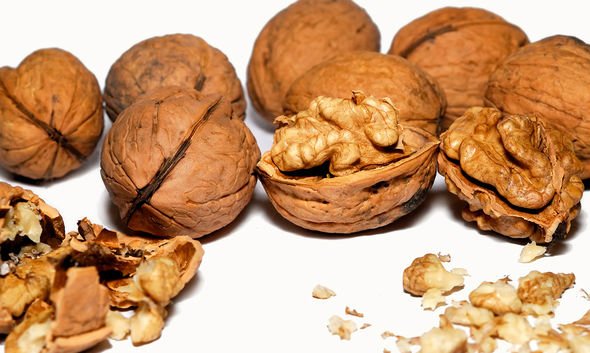 Meanwhile, you could also lower your risk of dementia by following the MIND diet plan.

The MIND diet is simply a combination of the famous Mediterranean diet plan, as well as the DASH diet (Dietary Approaches to Stop Hypertension).

It’s been carefully formulated to maintain the health of the brain, while limiting the risk of cognitive decline.

People that strictly adhere to the diet plan could lower their risk of Alzheimer’s by up to 53 percent, scientists claimed.

There’s no certain way to prevent dementia from developing, but there are ways to lower your risk, said the NHS.

Eating a healthy, balanced diet should help to lower your chances of developing dementia.

It’s also important to do enough exercise. Everyone should aim to do at least 150 minutes of moderate-intensity activity every week.

There are around 850,000 people in the UK with dementia, and the condition affects one in every six people over 80 years old.