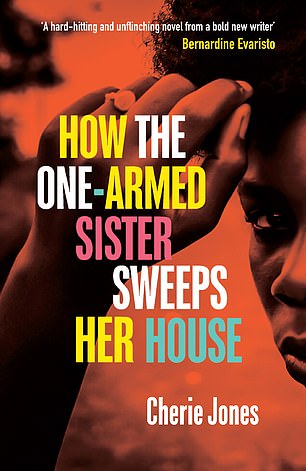 HOW THE ONE-ARMED SISTER SWEEPS HER HOUSE

Tourists find paradise at Baxter’s Beach, Barbados. But a short way down the sand there’s a flip-side where the locals live in poverty and scrape a living from the wealthy incomers.

It’s here that Lala moves away from her grandmother, Wilma, for a life with Adan, a violent petty criminal, and their baby.

When a robbery turns into murder, and tragedy befalls them, events spiral out of control. Not so far away, Mira Whalen mourns her husband, killed in front of her eyes before she could say she loved him.

An extraordinarily hard-hitting and evocative novel that packs a tremendous punch with its repercussions of generational trauma, pin-sharp characterisations and strong sense of place.

Victoria Park in East London is my stomping ground, so I picked this up with particular interest. Told from the multiple perspectives of 12 characters whose lives revolve around the park, this is a delightful read that takes place over one year.

Opening and closing with Wolfie, a deli owner whose much- loved wife of 65 years is succumbing to Alzheimer’s, the novel weaves in and out of the lives of the local community.

Among them is Luca, whose wife is having an affair with his best friend; the mother of a comatose victim of an acid attack; a couple undergoing IVF; a parent reading her daughter’s diary.

Tying them together is the park itself, month in, month out, beautifully observed over the seasons. I shall look at the neighbourhood with new eyes from now on. 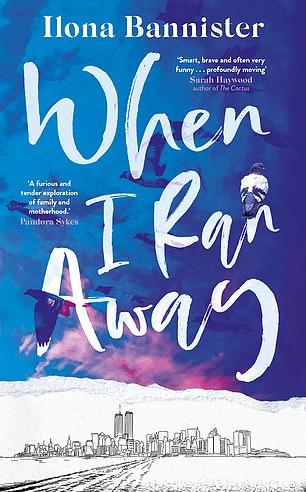 WHEN I RAN AWAY

One morning, New Yorker Gigi Stanislawski walks out of her London home, leaving behind her husband Harry and their two young children.

She holes up in a cheap hotel and, while Harry desperately texts her, worrying where she is, she eats pizza, drinks red wine and watches The Real Housewives Of New Jersey.

The novel flashes back through their relationship from the time they met in Manhattan as the twin towers collapsed, bringing tragedy to her family. Twelve years later, they meet again, move to London and marry.

Gigi already mothers a late friend’s child before she experiences a traumatic birth of her own and finds life an increasing struggle until she is driven to leave. A powerful and compassionately told story of loss, grief, love and motherhood. Published in March.

Related posts:
Why TikTok and Macro Teamed Up to Launch Incubator for Black Creatives
Mattel Unveils Barbie Doll Honoring Maya Angelou Ahead of Black History Month
Popular News
We're All Missing the Point of the Armie Hammer Cannibalism Scandal
16/01/2021
Man Utd wonderkid Ramon Calliste, called ‘the next Giggs’, now owns luxury watch business and makes £5m a year – The Sun
26/03/2020
Megan Thee Stallion Addresses Criticism Over Twerking: ‘I Love to Shake My A**’
26/03/2020
Police guard shops to stop coronavirus panic-buyers and enforce social distancing – The Sun
26/03/2020
Coronavirus: Good Morning Britain’s Dr Hilary reveals ‘game-changing’ self-testing kit
26/03/2020
Recent Posts
This website uses cookies to improve your user experience and to provide you with advertisements that are relevant to your interests. By continuing to browse the site you are agreeing to our use of cookies.Ok