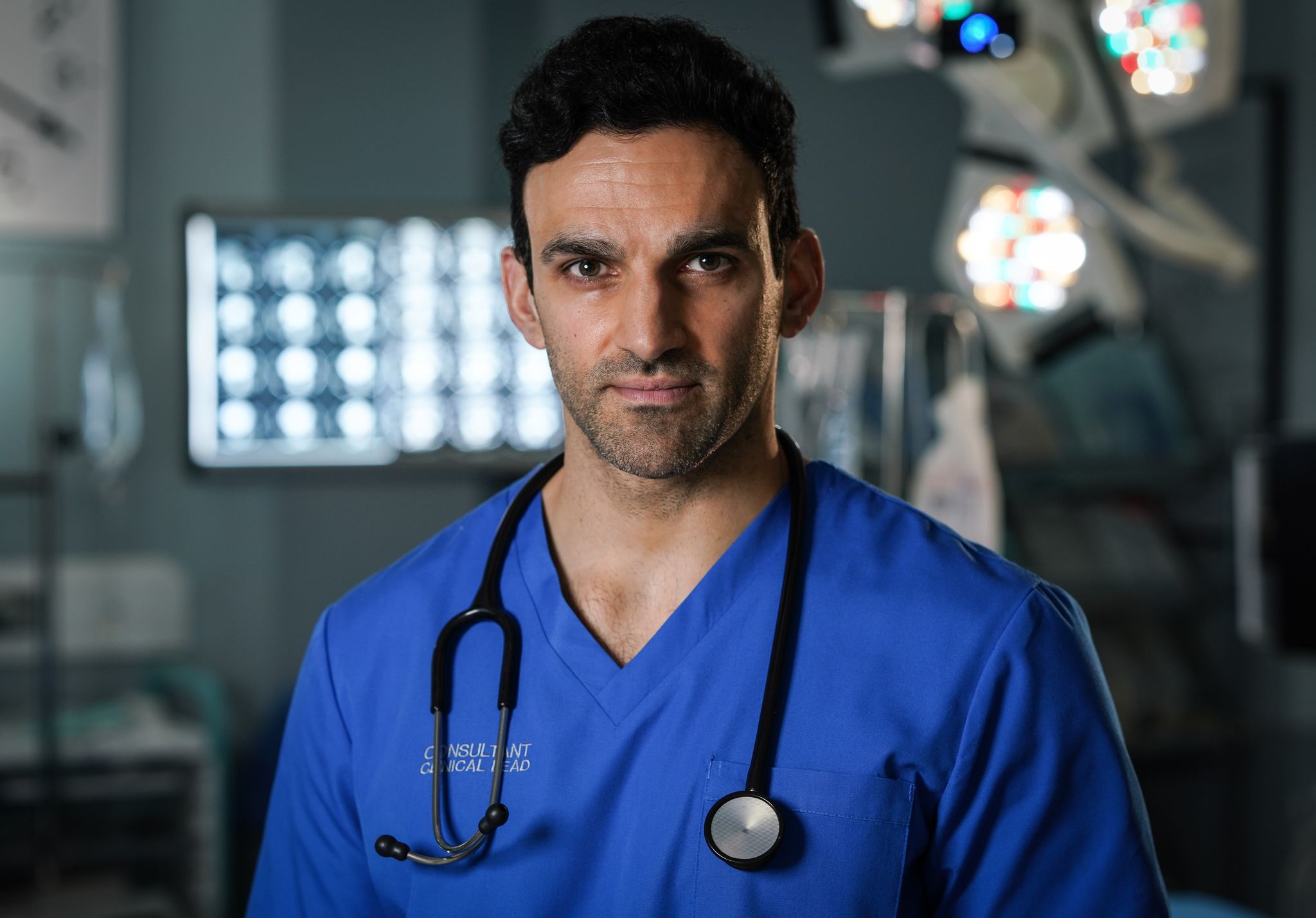 EastEnders star Davood Ghadami has addressed Holby City’s cancellation, ahead of his on-screen debut in the medical drama.

‘I’ve only had the privilege of being part of @BBCHolbyCity for a couple of months,’ the Kush Kazemi actor wrote on Twitter.

‘But its already very clear that its a great big family not a workplace.

‘It will be sorely missed. Lets go out with a bang #Holby’

Holby was axed in a shocking move, it was announced this morning.

‘We are incredibly proud of Holby City but it’s with great sadness that we are announcing that after 23 years, the show will end on screen in March of next year,’ a statement read.

‘We would like to take this opportunity to thank the amazing team at BBC Studios and all the cast and crew who have been involved in the show since 1999.’

Davood, best known to audiences as EastEnders’ Kush, is due to make his first appearance in Holby later this year as Eli Ebrahimi – Holby City’s new Consultant Cardiothoracic Surgeon.

Eli is a talented – if slightly idiosyncratic – surgeon. Described as excitable, passionate and exploding with energy, the character puts work above just about everything!

‘I am absolutely thrilled to be joining such a brilliant show,’ said Davood, whose departure from EastEnders was confirmed last year. ‘Holby City is renowned for its quality storytelling and I’m excited for the audience to meet Eli and watch the drama that unfolds on his arrival!’