Bun in the oven! Lesley Cook is expecting her first child with her fiancé, David Beador.

The pregnant star posted a picture of a bun in an oven on her Instagram Story, tagging herself on the bread and writing, “You’re just a small bump.” She went on to add an emoji of a pregnant woman to her bio.

Cook has a daughter named Inga, and she told the little one that she has a sibling on the way in a Thursday, July 9, TikTok video. “You’re gonna be a big sister, can you believe it?” she asked. “Are you excited? Wow, that’s a lot of excitement.” 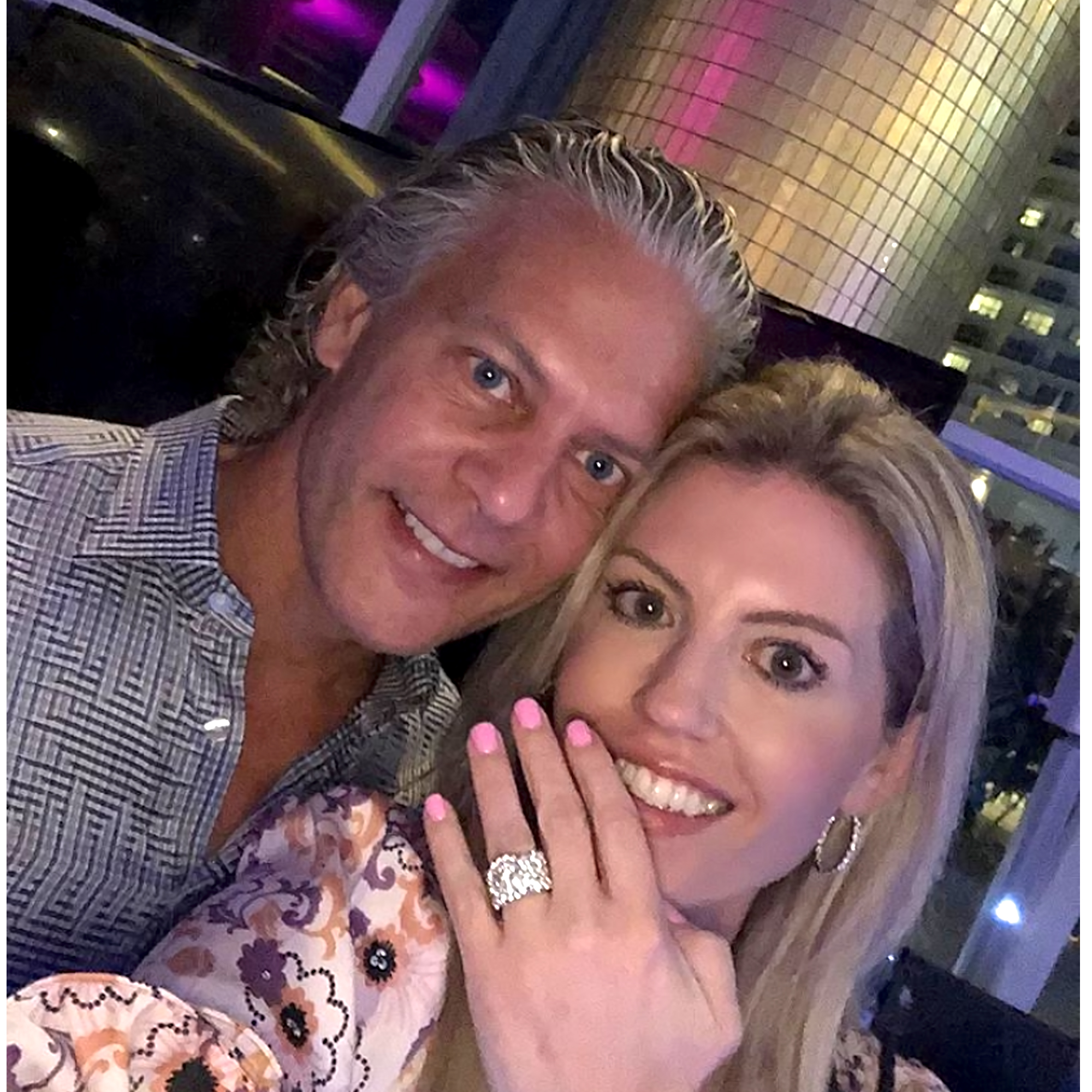 The Real Housewives of Orange County star, 55, is already the father of three daughters with his ex-wife, Shannon Beador — Sophie, 18, and twins Stella and Adeline, 15.

“David is an absolutely amazing dad. He takes his daughters to school every morning, well the ones that don’t drive,” Cook gushed exclusively to Us Weekly in March 2018. “He takes them to all of their after school activities, drives them to their tournaments and is always there for them. His daughters are the absolute light in his life, and he loves them so very much. The girls will always come first.”

She and the reality star began dating in 2017 after meeting at a SoulCycle class.

“It hurt when I first found out [about them], just the way that I found out because they were doing this public, Instagram, childish nonsense,” Shannon, 56, exclusively told Us in July 2018. “I knew I was going to be replaced and that’s fine … It could be any girl, it’s just the timeframe, that’s all.”

“Today I Said YES to the man of my dreams,” the bride-to-be captioned a January Instagram post. “You complete me! … Looking forward to eternity with my love, I LOVE YOU LOVE!!!”

In the engagement announcement, the Bravo personality hugged his fiancée and kissed her head. A ring could be spotted on Cook’s left hand.