CRISTIANO RONALDO'S sister Katia has appeared to rubbish his positive coronavirus test in a bizarre rant shared by the siblings’ mum.

The Brazilian-based social media influencer also dubbed her footballer brother a 'prophet from God' in her attack. 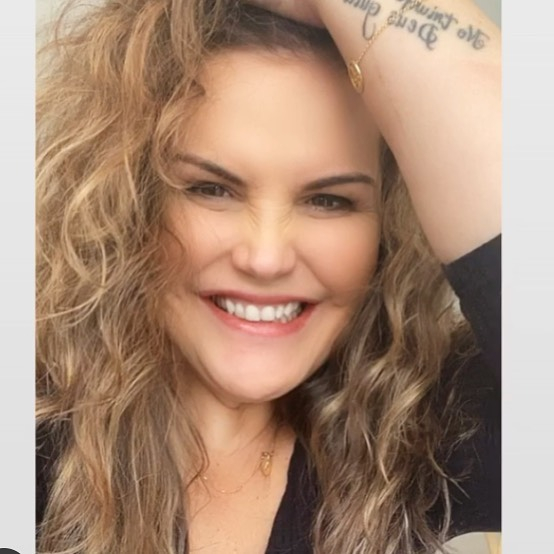 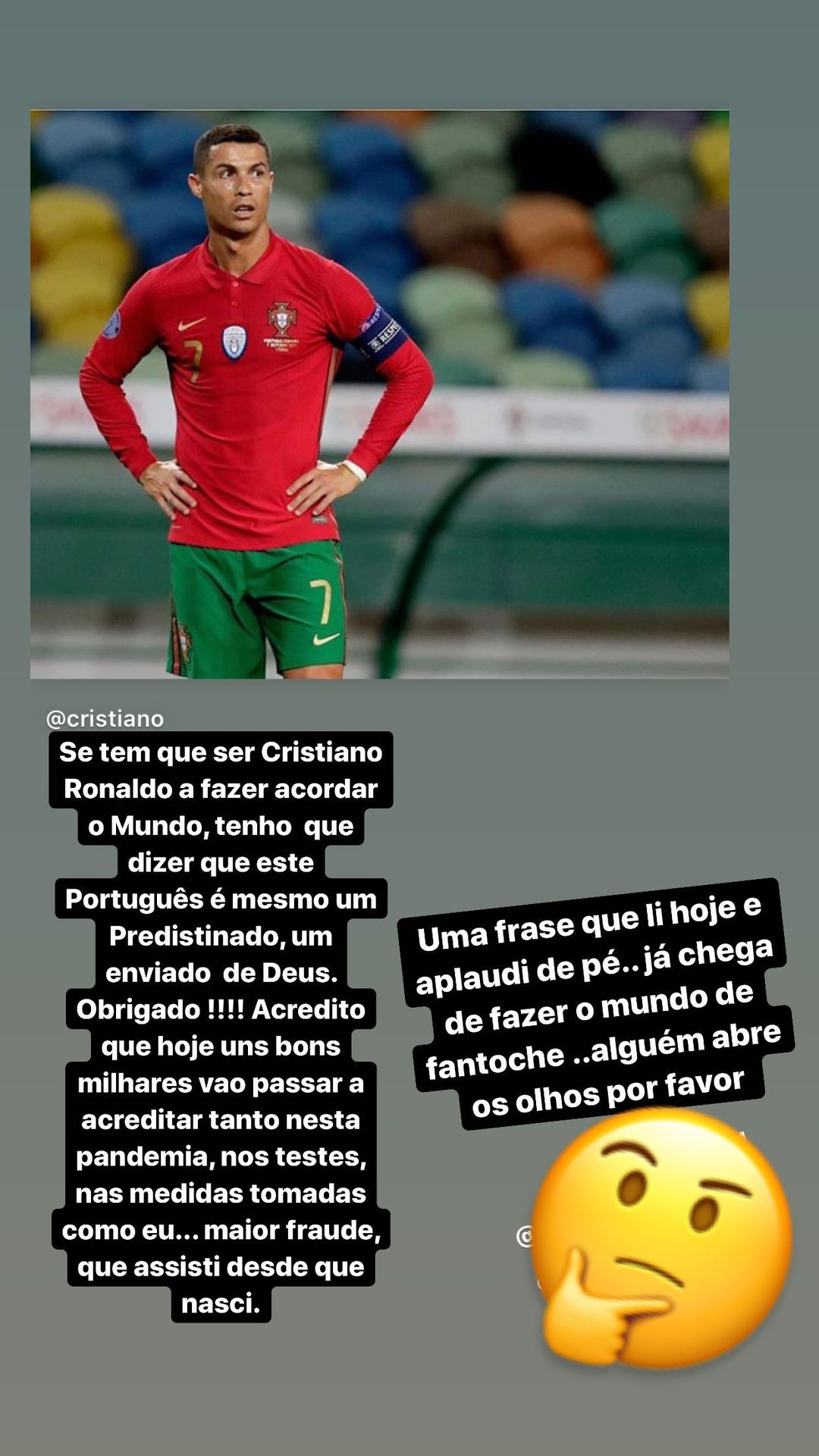 She vented her rage after it emerged the 35-year-old Juventus forward had asked another lab to test him for covid after two positives at the laboratory the Portuguese FA use.

Another non-lab test after his first positive is said to have come back inconclusive.

The former Manchester United star, 35, has left Portugal in an air ambulance to continue his self-isolation at his Turin home.

Mystery surrounds the way in which Ronaldo was infected because he has spent most of the last 10 days with his Portuguese squad teammates.

And today Katia, who first made a name for herself as a singer before falling in love with a Brazilian and moving to his homeland, showed her discontent.

She said: “If Cristiano Ronaldo has to wake the world up, I have to say he really is a prophet from God. Thank you.

“I think thousands of people will believe in the pandemia, in the tests and in the measures that have been taken, just like me. 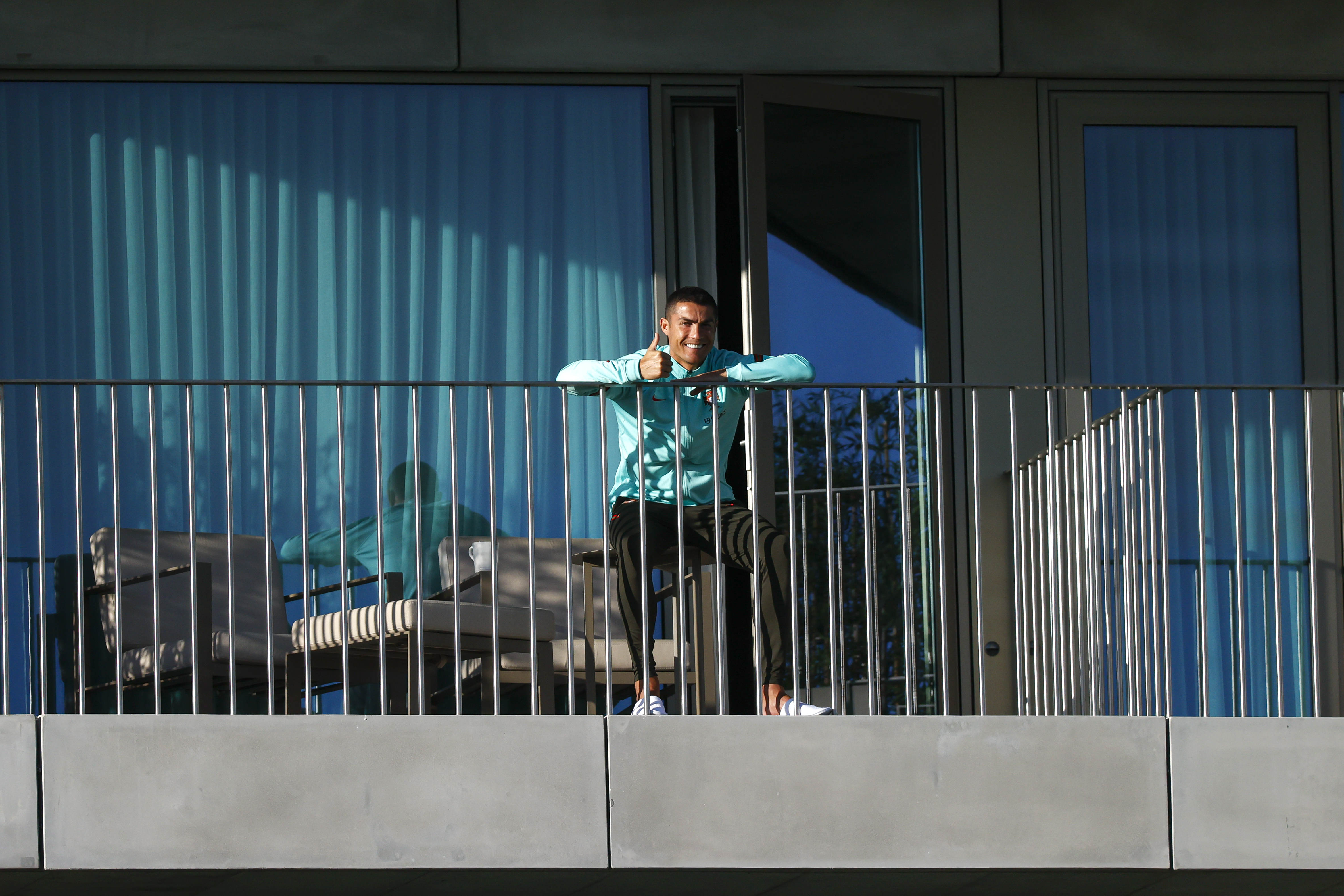 “The biggest fraud I’ve seen since I was born.

“Today I read a phrase which I stand up to applaud, namely ‘Enough of a world of puppets.'

“Please, someone, open your eyes.”

Her social media rant was immediately shared by her mum Dolores, who had travelled to Lisbon for a family reunion that Cristiano missed out on after he tested positive for covid.

Katia Aveiro is known for her sharp social media tongue.

After a Cristiano Ronaldo statue in Madeira, famous for its famous bulge in the shorts department, was reportedly vandalised by Lionel Messi fans, she took to Facebook to say she was “ashamed” at what had happened.

She also wanted the 'savages' who vandalised the effigy to be sent to Syria.

She raged: “I find the act in itself a dishonour but what I find more shameful is the envy that surrounds him and the rage that some unloved and frustrated fatheads display in public in a disgraceful way which leaves me as a Portuguese person ashamed and sad.

“The people that are responsible for this and other negative things directed towards this person should know that our island was recently voted the world’s leading island destination not just for the beautiful sea that surrounds us or for our marvellous gastronomy or even the warm Madeiran welcome.

“It was in part thanks to this great Madeiran figure that honours his origins.” 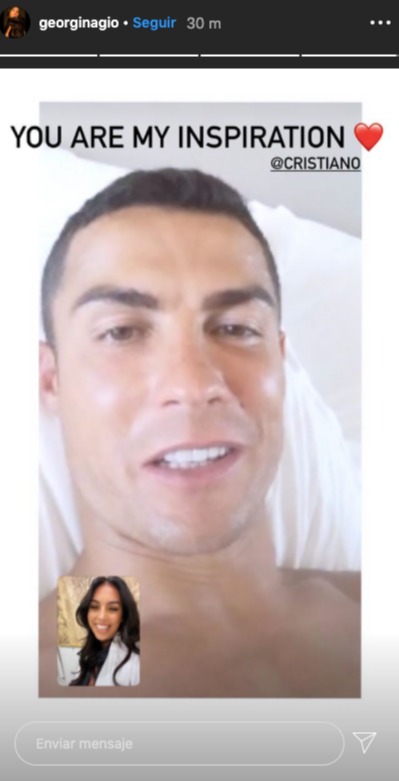 “Sadly my beautiful island is still inhabited by some frustrated savages who should live in Syria amidst people who don’t respect each other and who don’t know how to live together.

“Please forgive me those who are suffering because of war but I think people are badly distributed.

“There are still envious people on this planet who can’t accept the success of others, mediocre people who don’t do our world any good.”

Katia’s covid rant appeared to be directed at the fact Ronaldo had been the only one to flag up positive and seemed to be a clear statement she did not believe the results.

Earlier in the day she had showed her support for her brother by writing on her Instagram, in an apparent reference to the early death of their dad Dinis from liver failure in 2005: “God is not indifferent to your needs.

“He hears your call and is paying attention to you. He’s prepared his blessing, his miracle. You have a father.”

The five-time Ballon d'Or winner was previously sent a touching message by his partner Georgina Rodriguez in a Whatsapp video call.

Related posts:
‘Central Park Karen’ Amy Cooper called 911 *twice* to make false, racist claims
'The Bachelorette': Clare Crawley Defends Falling So Quickly, Says It's 'Not for Anybody to Really Decide'
Popular News
Sacha Baron Cohen Defends Trump Accusation, Breaks Down Giuliani Scene in Colbert Interview
27/10/2020
Man Utd wonderkid Ramon Calliste, called ‘the next Giggs’, now owns luxury watch business and makes £5m a year – The Sun
26/03/2020
Megan Thee Stallion Addresses Criticism Over Twerking: ‘I Love to Shake My A**’
26/03/2020
Police guard shops to stop coronavirus panic-buyers and enforce social distancing – The Sun
26/03/2020
Coronavirus: Good Morning Britain’s Dr Hilary reveals ‘game-changing’ self-testing kit
26/03/2020
Recent Posts
This website uses cookies to improve your user experience and to provide you with advertisements that are relevant to your interests. By continuing to browse the site you are agreeing to our use of cookies.Ok