CRISTIANO RONALDO told 'lucky' Thibaut Courtois that 'the ball didn't want to go in' at the end of Portugal's 1-0 defeat to Belgium in Seville last night.

Fernando Santos' side saw their title defence come to a shuddering halt, at the hands of Roberto Martinez's Red Devils at the Round of 16 stage. 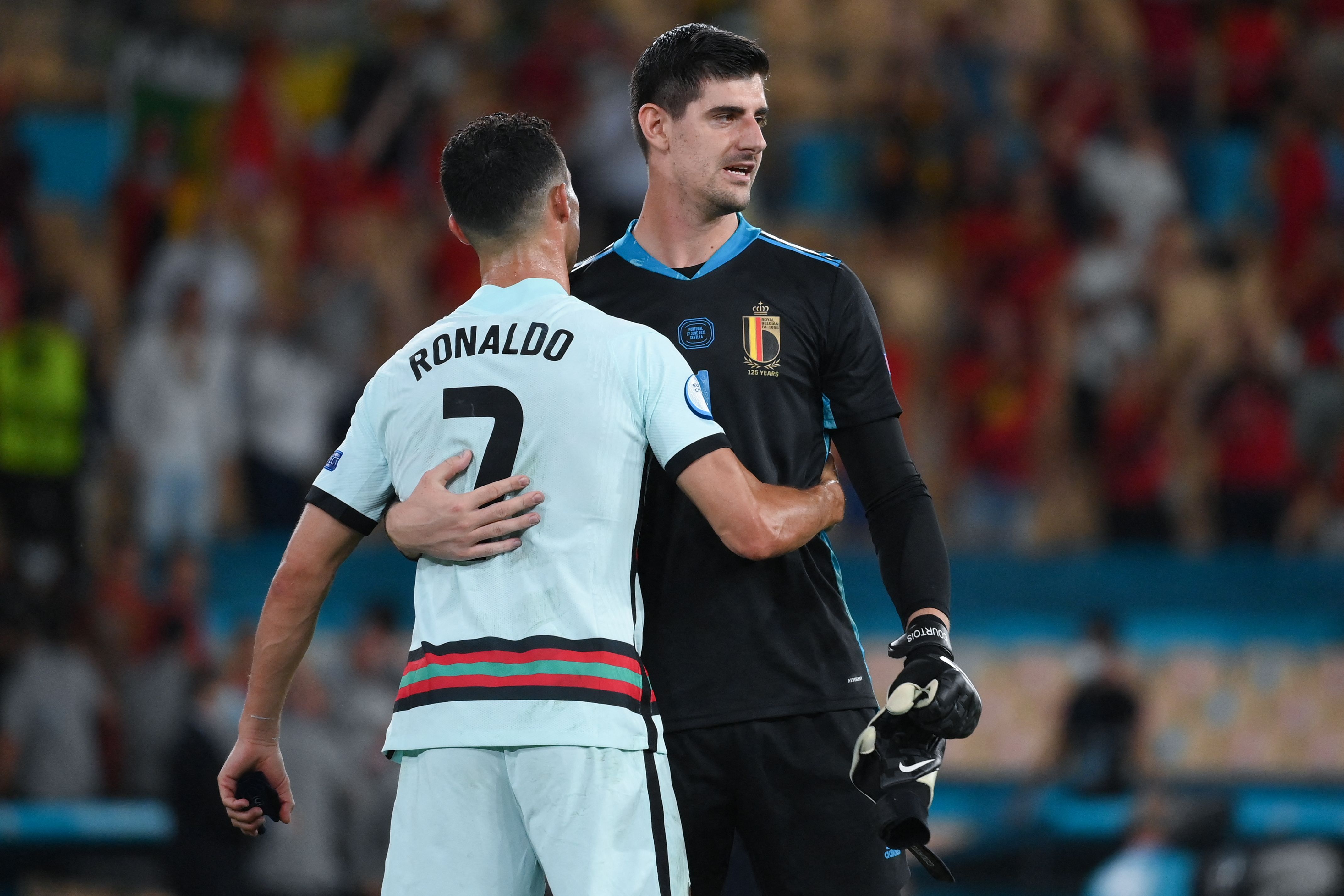 Belgium were forced to survive a second half onslaught in order to progress.

Courtois had to be alert to parry over a bullet Ruben Dias header.

Substitute Joao Felix had the final chance deep into stoppage time, but scuffed his shot wide.

When approaching Courtois, who had skinned him with a great piece of skill during the match, to shake hands after the game – CR7 fumed that the 'ball just wouldn't go in'.

"The ball just didn't want to go in today." 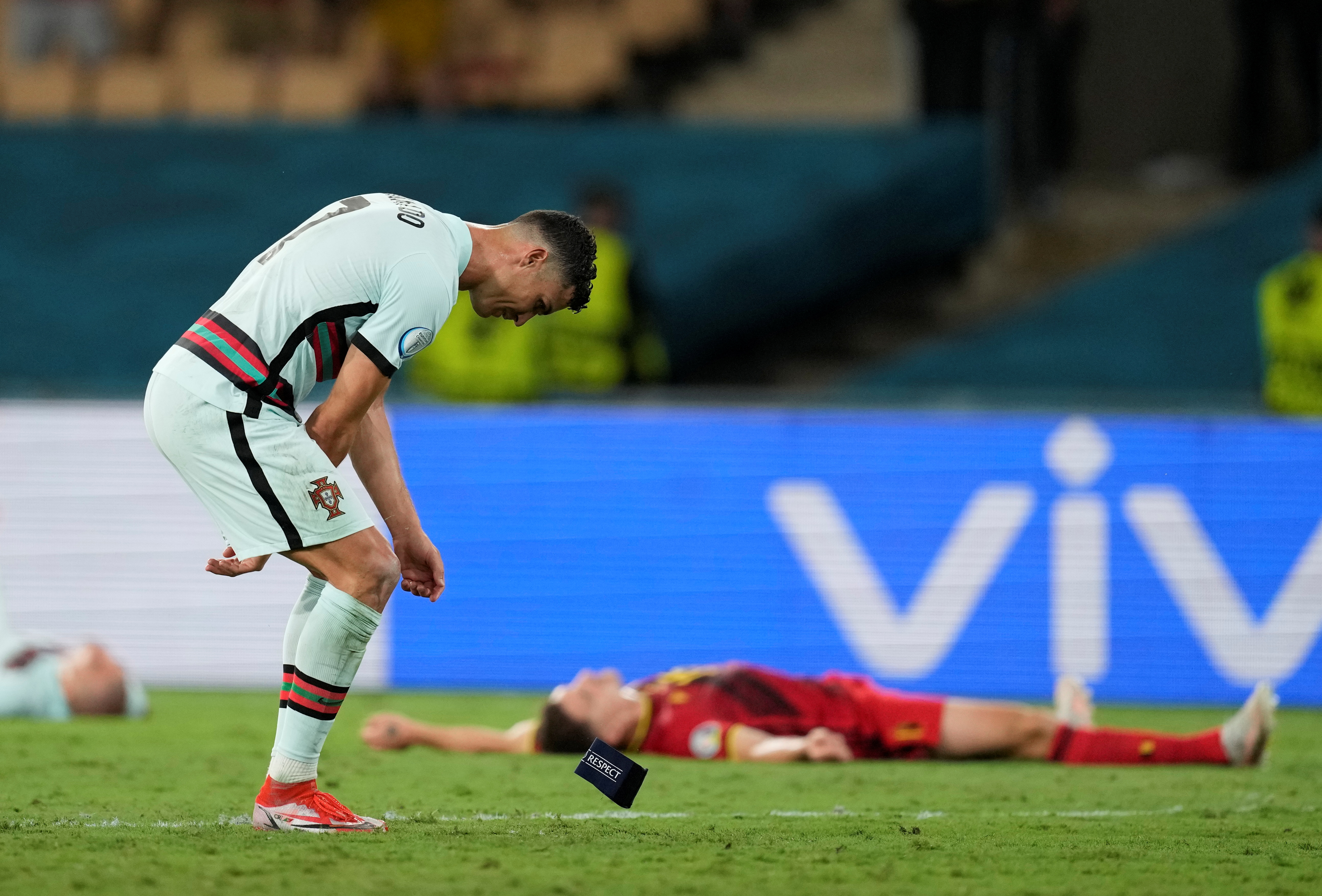 Belgium will now face Italy in a mouthwatering quarter-final on Friday night, at Munich's Allianz Arena.

Ronaldo, meanwhile, will be left to ponder his future at club level, having been linked with a move away from Juventus this summer.

He also faces a wait in his bid to become the highest international goalscorer of all time, having equalled Iranian Ali Daei's record of 109 strikes against France.