CRISTIANO RONALDO and Georgina Rodriguez showed off their amazing beach bodies on an adorable family day out.

The couple had been aboard their luxury £5.5million yacht, sailing from the Italian Riviera to Ibiza on an 11-day cruise. 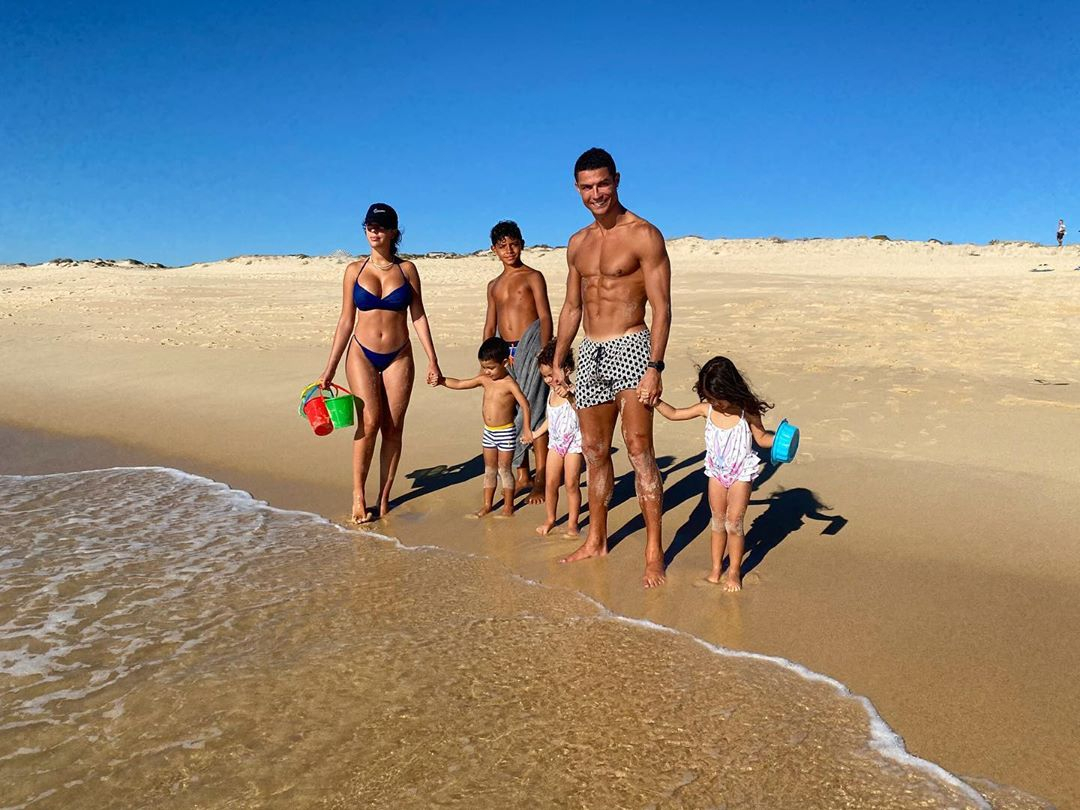 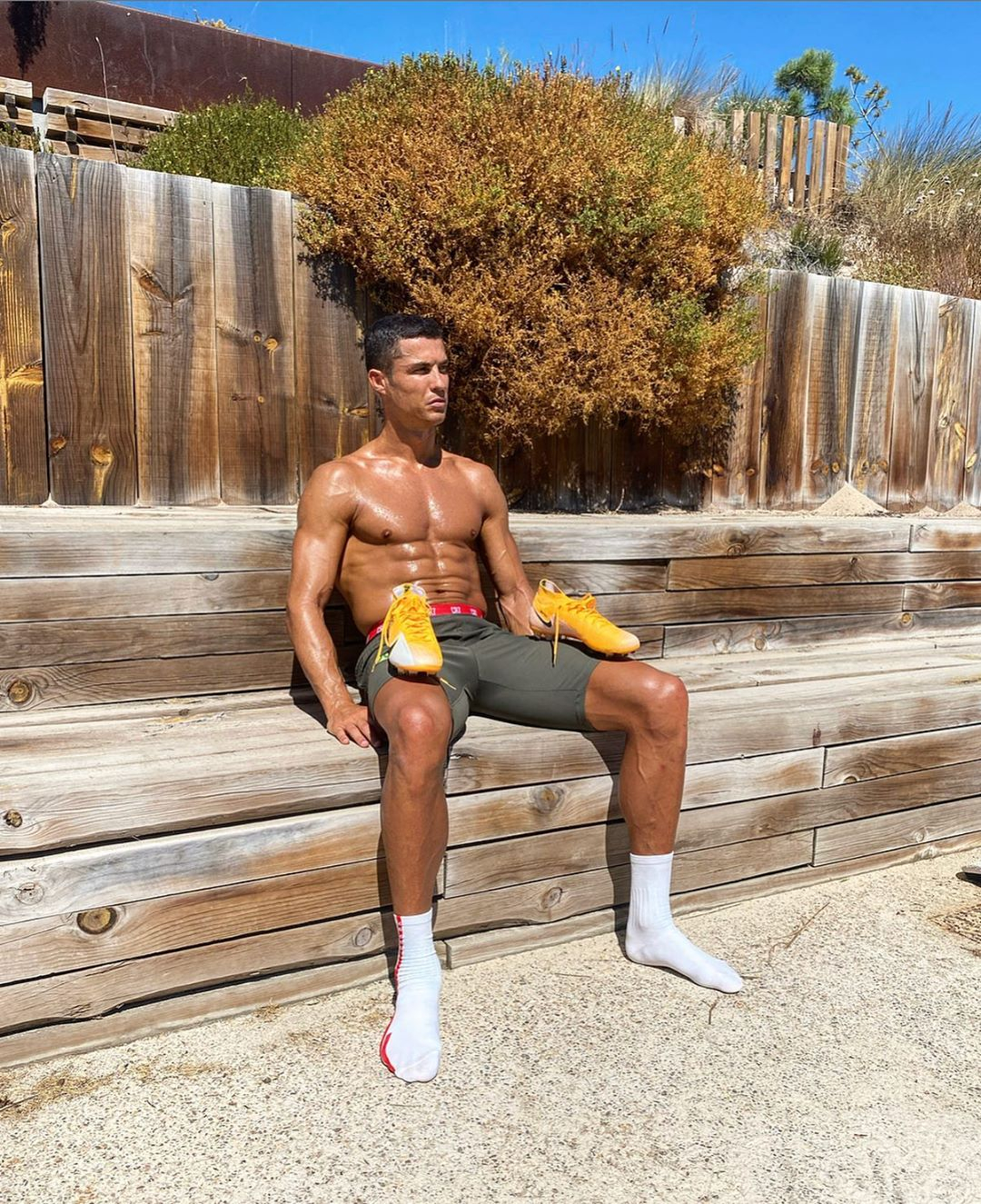 On what appears to have been a beach break, the Ronaldo family posed for a picture on the sand.

The scenic spots of St-Tropez, Monaco and Majorca were all visited as they made their way to Ibiza.

But the fun is over for Ronaldo as he marked his return to Juve training.

The Italian kings worked out under new coach Andrea Pirlo for the first time since he replaced Maurizio Sarri.

At one point, Ronaldo flashed a thumbs-up to camera as he stood near his new boss.

Pirlo has laid down a marker in Turin having released Blaise Matuidi, Sami Khedira and Gonzalo Higuain. 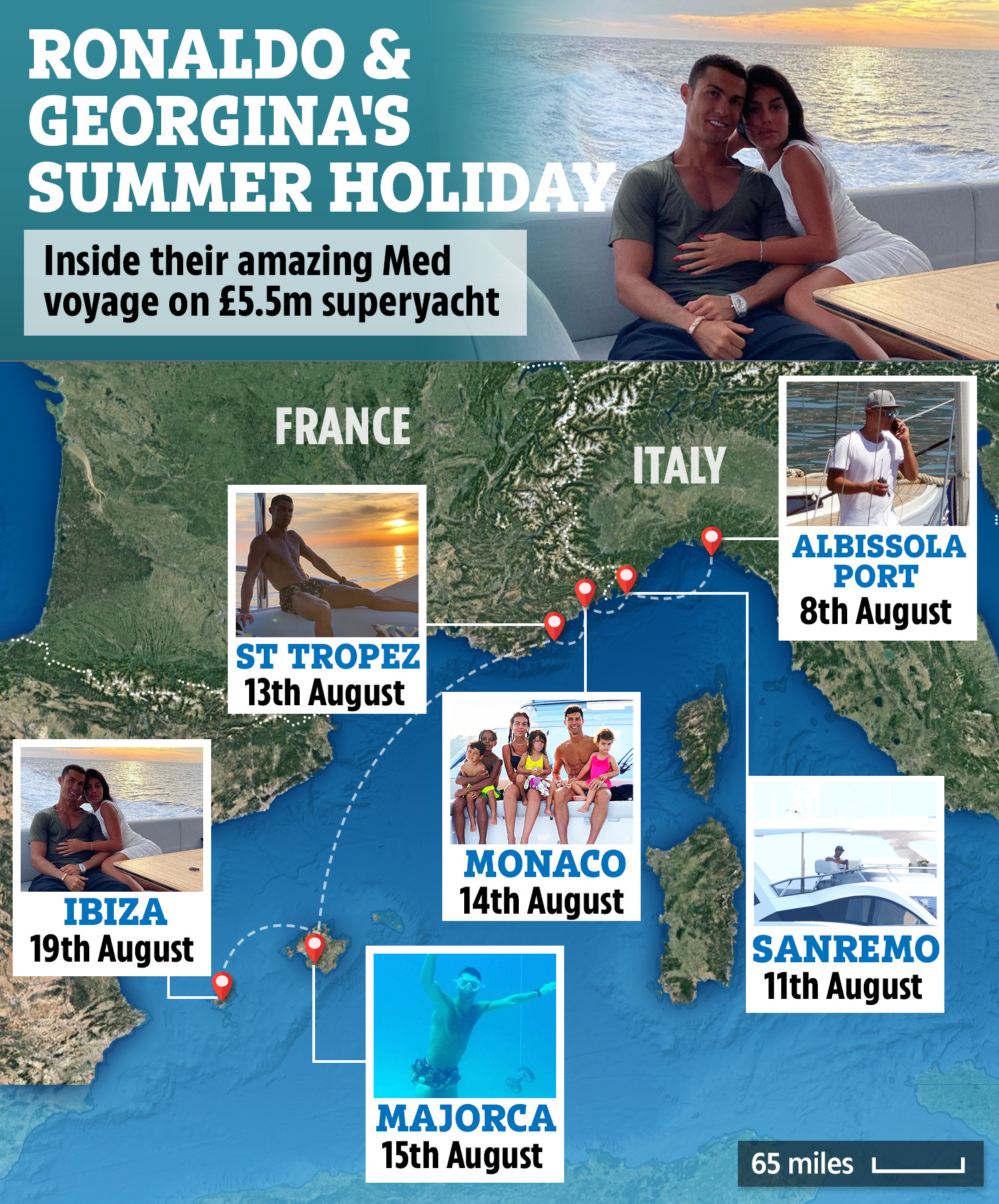 Higuain's departure has left the managerial novice looking for a strike partner for Ronaldo & Co.

According to Mundo Deportivo, Luis Suarez and Juve vice president Nedved have been locked in discussions over a potential switch.

It comes after Suarez was told by new Barcelona manager Ronald Koeman that he could leave.

That then sparked a furious reaction from Lionel Messi, who stunned Nou Camp bosses by handing in a transfer request.

Manchester City lead the race to sign the 33-year-old Argentine, but it is understood Juve have at least enquired about the potential cost of a transfer fee. 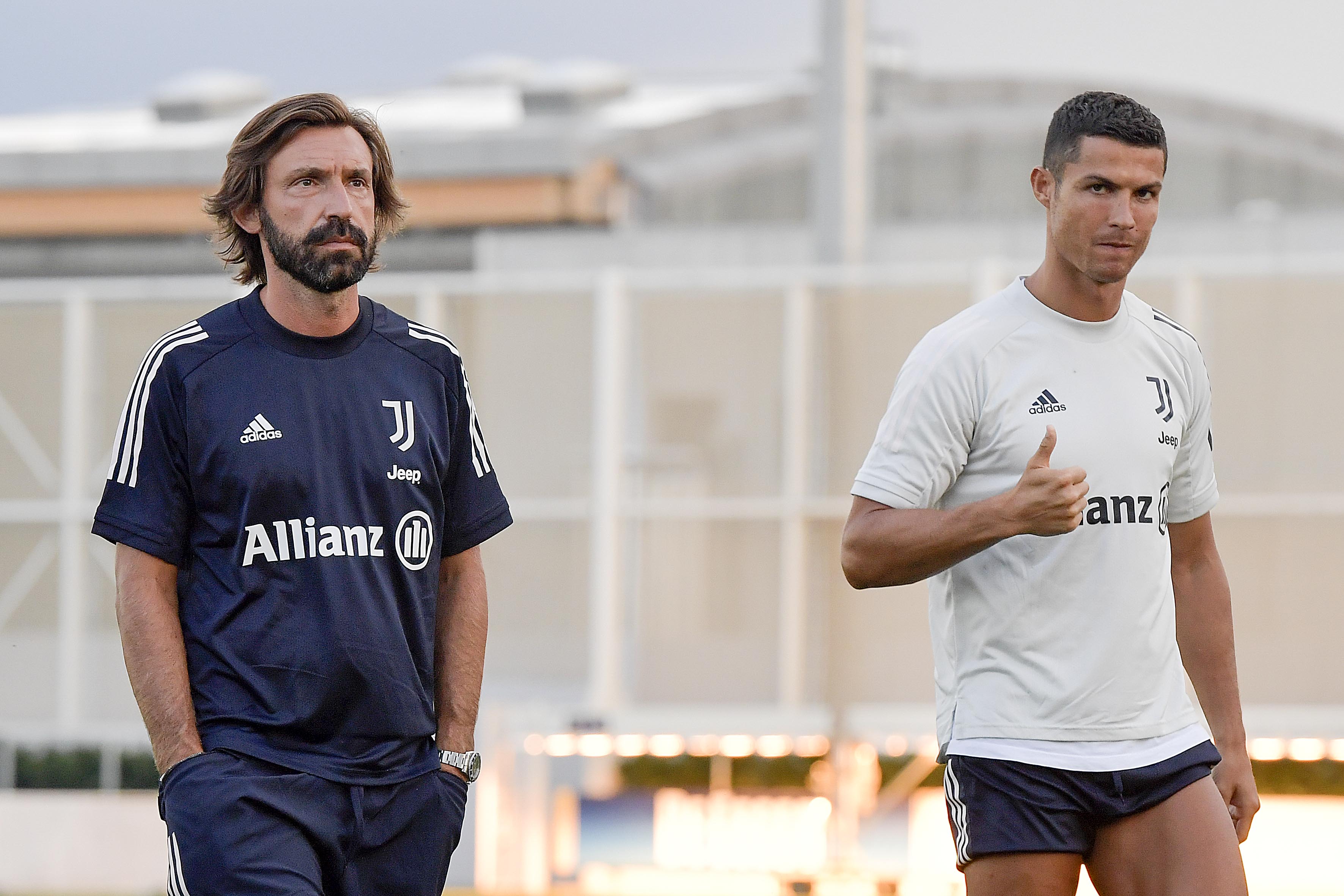 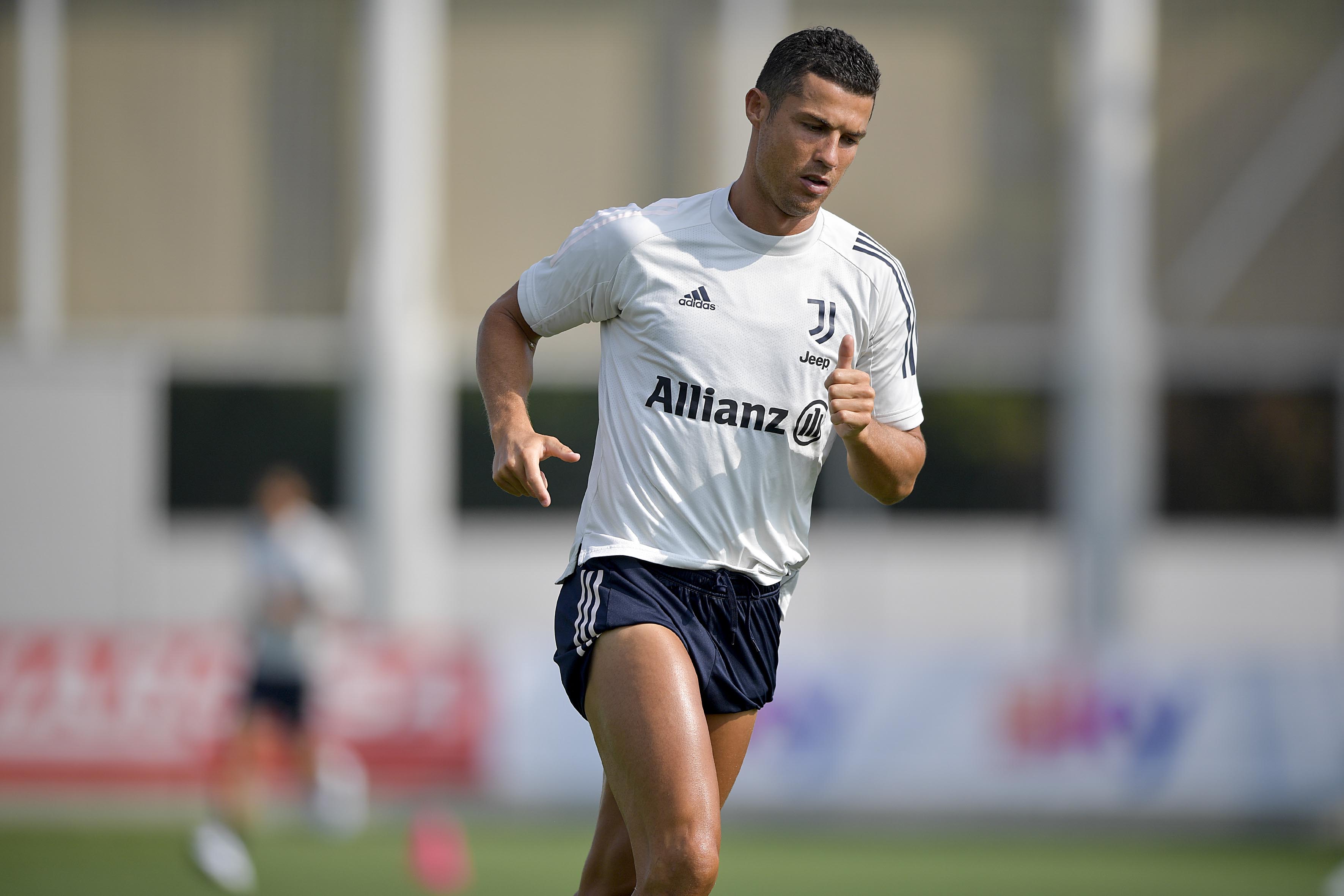 Related posts:
New Jersey to resume indoor dining this week at 25 percent capacity
Hurricane Laura Leaves Louisiana Residents With Damaged Homes, Fears About Future Help
Popular News
Chrissy Teigen and John Legend heartbreakingly reveal they have lost their baby boy
01/10/2020
Man Utd wonderkid Ramon Calliste, called ‘the next Giggs’, now owns luxury watch business and makes £5m a year – The Sun
26/03/2020
Megan Thee Stallion Addresses Criticism Over Twerking: ‘I Love to Shake My A**’
26/03/2020
Police guard shops to stop coronavirus panic-buyers and enforce social distancing – The Sun
26/03/2020
Coronavirus: Good Morning Britain’s Dr Hilary reveals ‘game-changing’ self-testing kit
26/03/2020
Recent Posts
This website uses cookies to improve your user experience and to provide you with advertisements that are relevant to your interests. By continuing to browse the site you are agreeing to our use of cookies.Ok