Despite their engagement grabbing national attention recently, Brittany Miller, 30, and William Hunn, 31 of Atlanta have a love story that started off modestly. The two met while attending Clark Atlanta University together. They would see each other in passing, but that was all their schedules allowed for at the time.

“William was really low-key. He focused a lot on himself, at least from what I remember back in the day,” Brittany says. “I was in band so that was my life in college. So we really weren’t out there like that.”

While they knew of each other through a few friends then, they would finally have the opportunity to get to know one another better after making a connection last year. In the time since, their relationship blossomed in ways they hadn’t expected or experienced previously.

“It was like this intense level of companionship that I’d just never really felt before,” William says. “The one thing that stood out to me is just how effortless it was to co-exist with this person and to get along with this person. I’ve never had that feeling before where you feel like you’re better with this person than without.”

So the couple started having conversations about where they stood on marriage. They shared images of rings they’d run across on social media with one another, and once the their relationship became more serious, they even went to a jeweler to look around. Despite giving her the impression that an engagement could, at the soonest, happen at the end of 2021, William secretly had other plans. He began to devise a way to pop the question with a goal that started off simple enough: make Brittany feel as special as possible.

“I wanted the energy behind it just to really show her, I mean this,” he says. “‘I’m not playing around with you. I want to spend the rest of my life with you.’”

So he went for the unexpected. William worked with Farsi Jewelers in Atlanta to buy not just one ring for Brittany, but five. All of the rings were ones that she either tried on during their first and only jeweler visit together, or that she’d specifically sent to him and expressed interest in. Once he went past his budget, William didn’t get anxious about things. Instead, he got really creative. 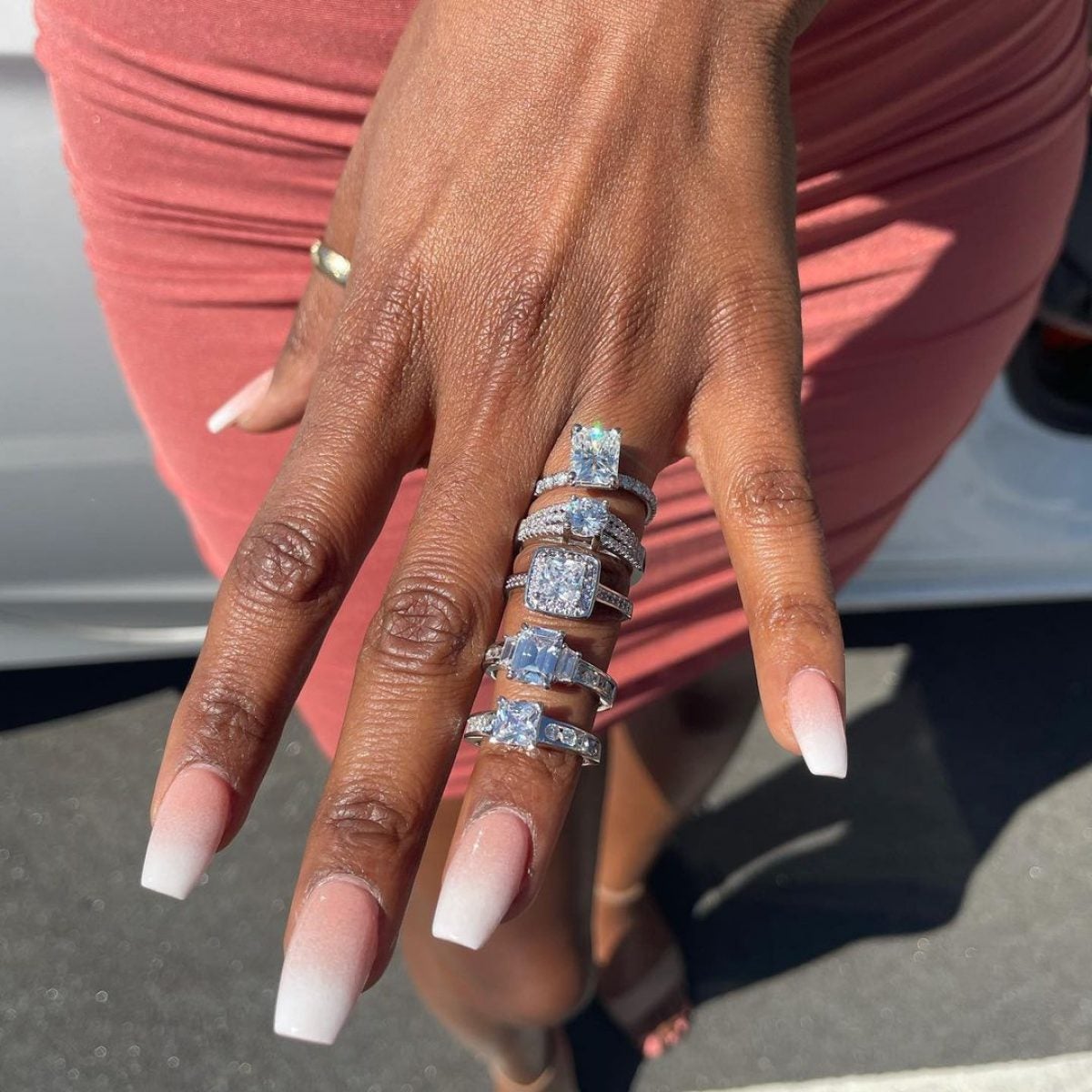 “I got to this point where I didn’t even have a budget anymore because I went so far over it,” he says. “I was like, I want this to be an absolute priceless moment for her.”

So he decided to propose to Brittany on Easter. The story he told her was that they were going to go wine tasting and take some nice pictures for family, using a helicopter as an extravagant way to get to the faraway winery. She bought it.

But once the helicopter landed on the roof of the establishment and Brittany saw her friends, she realized what was happening. Then, the rings came out.

“When I saw all five of them I couldn’t believe it,” she says. Right in the center of the display of engagement rings was an extra special one that they hadn’t been able to find at the jeweler: a radiant cut square diamond. It was a ring she sent him and loved. He clearly had been paying attention.

She had “no idea” going into that day that he was going to propose and that he was going to do so in such grand fashion (including having family from out of state travel for a surprise engagement party afterward). Nevertheless, it wasn’t a display she says is out of character for her chivalrous and giving future husband.

“William’s always such a gentleman,” she says. “I never touch a door. I barely pick things up at the grocery store. He’ll get everything for me and I tell him every time, ‘I appreciate you.’ You don’t find men like that around here anymore really.”

What did come as a shock was the public reaction to the proposal after their images made the rounds online. It soon took off on social media and made it to CBS This Morning with Gayle King.

“It’s funny because we actually joked about this,” she says. “‘After you propose, what if this went viral?’ And it’s actually happening [laughs].”

“It wasn’t really expected,” he adds. “I was talking to our photographer about this. We knew that this was going to be something that was different and we knew Brittany was going to be surprised and shocked. I personally never thought that it was going to reach out to so many people and blow up the way it did.” 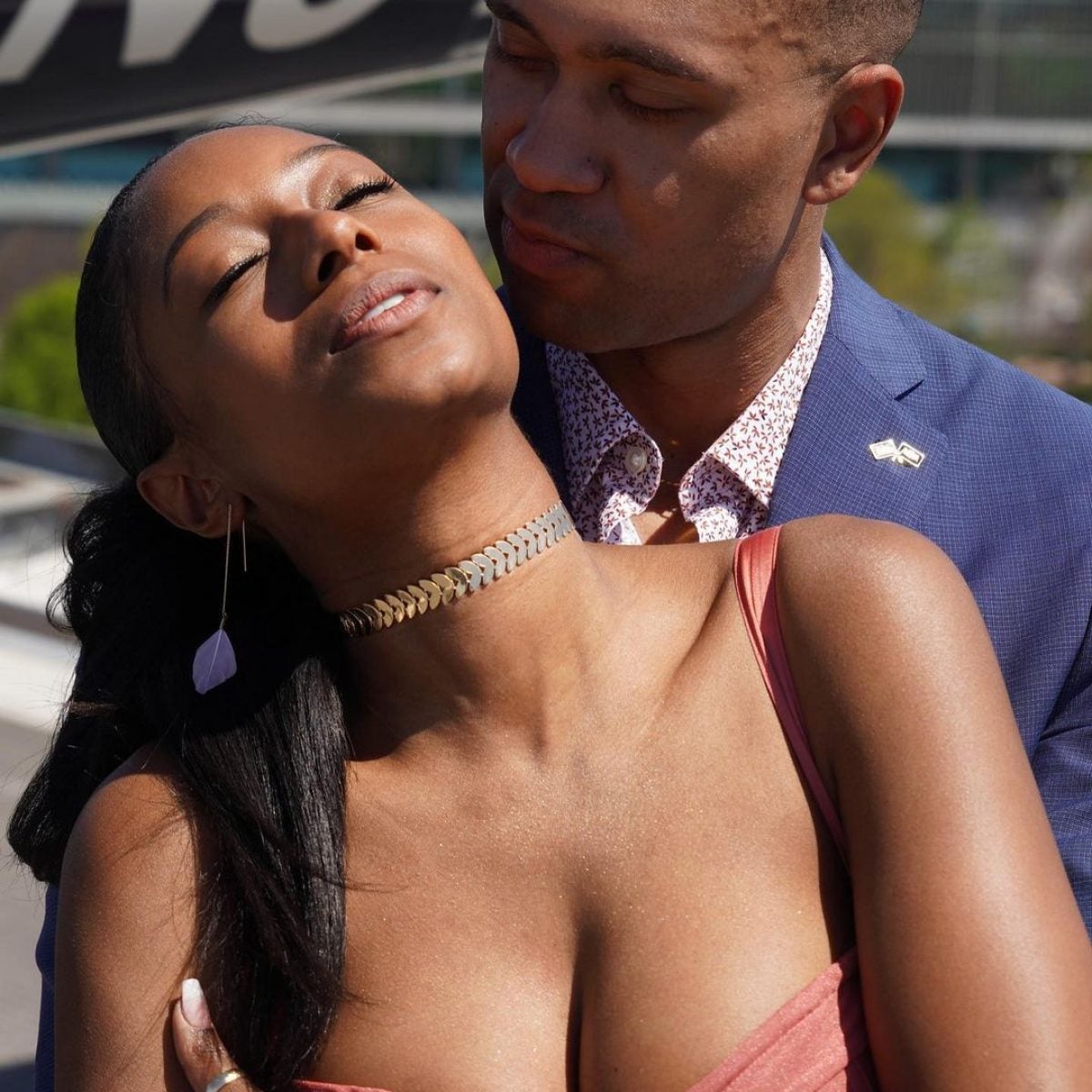 They’ve received a lot of love, as well as some negativity, and it’s been both exciting and overwhelming. Now people are wondering what’s next. But William says he doesn’t feel the pressure to one-up the grandiosity of his proposal when it comes to the wedding day now that people may be watching with great expectations.

“I really don’t want to be influenced or pressured to be grand and be big or do it any larger than I really would have before the proposal,” he says. “We’re not going to let social media influence how we want that special day to be. We’re going to do what feels right for both of our families.”

In fact, after all his planning to ask for her hand in marriage, he’s leaving the work of arranging the wedding plans to her. “However Brittany wants this wedding to happen, it’s going to be how she wants it. What she wants she gets.”

In the meantime, what happens with those four other rings? William says they’re no longer in his possession as he sold them to another jeweler. While she certainly didn’t need five rings and ended up with the one she wanted most, they all served the purpose they were intended for, which was to make Brittany feel as special as she is to him.

“We kept them for a few days, but I ended up selling them back for a lower price pretty much,” he admits without regret. “I took a loss, but it was totally worth it.”