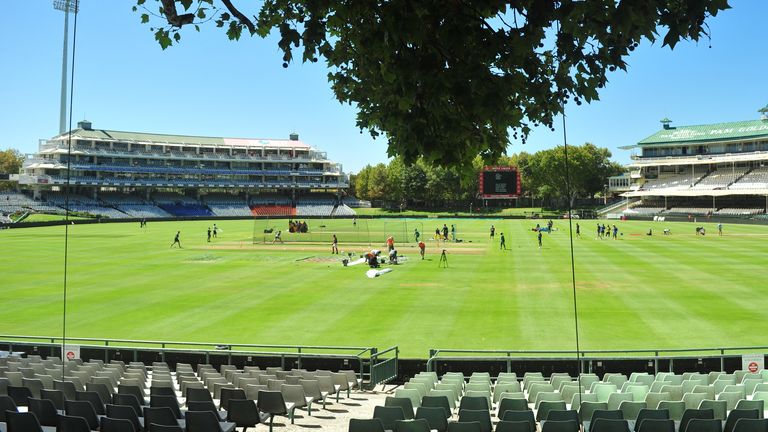 A second South African cricketer has tested positive for coronavirus in the Proteas camp ahead of the limited-overs series against England.

In the second round of testing a second player has tested positive following a first positive case in testing earlier this week.

Two further players are already self-isolating having been deemed ‘close contacts’ to the first positive case.

All four unnamed players are said to be asymptomatic but will be continually assessed over the coming days.

South Africa’s inter-squad practice match that was scheduled for Saturday has been cancelled.

A Cricket South Africa (CSA) statement read: “One player has returned a positive result after the Proteas second, mandatory round of COVID-19 testing ahead of the limited overs tour against England on Thursday.

“The player was isolated from the rest of the team and moved to separate, appropriate accommodation with immediate effect. The team’s medical and support staff will monitor the player to ensure his physical health and mental well-being.”

England’s players all tested negative earlier this week and are preparing for their warm-up match at Newlands on Saturday.

An England and Wales Cricket Board (ECB) statement read: “All COVID-19 tests administered from the England camp earlier this week all returned negative results. Our plans continue and the team are preparing to play our first intra -squad warm-up match as normal at Newlands tomorrow.”

England vice-captain Jos Buttler says South Africa wicketkeeper-batsman Quinton de Kock is one of his “favourite players in the world” ahead of the white-ball series between the sides..

Both Buttler and De Kock featured in the recent Indian Premier League in the UAE and having been a part of victorious the Mumbai Indians team, the South African will now lead the Proteas against England.

“I’m a huge fan of his, I think he’s a fantastic player,” Buttler said. “I think he’s got an excellent cricket brain, I like the way he looks at the game and the way he takes it on.

“He’s probably one of my favourite players in the world at the moment. Having played against him, he’s incredibly difficult to keep quiet with the bat, I enjoy his wicketkeeping style as well, he’s a fantastic wicketkeeper.

“He’s a brilliant player and he’ll be a real danger man for South Africa on this trip.”

Related posts:
Why there is more progress to be made for Black beauty representation
Cleaning fan gets DIY Zoflora advent calendar with 24 scents from her husband & want their partners to do the same – The Sun
Popular News
The true meaning behind Vanessa Hudgen’s new tattoo
26/11/2020
Man Utd wonderkid Ramon Calliste, called ‘the next Giggs’, now owns luxury watch business and makes £5m a year – The Sun
26/03/2020
Megan Thee Stallion Addresses Criticism Over Twerking: ‘I Love to Shake My A**’
26/03/2020
Police guard shops to stop coronavirus panic-buyers and enforce social distancing – The Sun
26/03/2020
Coronavirus: Good Morning Britain’s Dr Hilary reveals ‘game-changing’ self-testing kit
26/03/2020
Recent Posts
This website uses cookies to improve your user experience and to provide you with advertisements that are relevant to your interests. By continuing to browse the site you are agreeing to our use of cookies.Ok